How to Incorporate Zero-Waste Habits Into Your Life

Editor’s Note: This story is part of a partnership between Rewire and Peril and Promise.

It’s Monday at the office. You need a coffee buzz. You grab a disposable paper cup, a plastic lid and a single-use stirrer. An hour later, you toss it all in the trash. It’s a seemingly harmless Monday morning ritual. But over time, your coffee break creates a lot of landfill waste.

According to the Environmental Protection Agency, the average American generates some 4.4 pounds of trash a day that winds up in a landfill. Landfills are the third-greatest producer of methane, a greenhouse gas that contributes to climate change, in the country, the EPA reported. So, our trash is linked to climate change. Feeling guilty about that caffeine boost yet? Been there.

One way to rid yourself of that guilt is by adding “zero-waste” habits to your lifestyle.

Previously, “zero-waste” was perhaps associated with an off-the-grid, hippie life. Today, zero-waste living is more mainstream. It’s touted by bloggers, Instagram influencers and sustainability entrepreneurs like Lauren Singer and Kathryn Kellogg, who blog about fitting a year's worth of trash inside a single Mason jar.

You don’t have to fit a year’s trash in one jar to feel good about your impact on our environment. What Singer, Kellogg and other zero-waste individuals know is waste-free living is a practice in mindful consumption—for all kinds of people.

Start with a waste audit

It’s been over a year since Karen Muck of Columbia, Missouri, made a New Year’s resolution to be more sustainable in her everyday life. To get started, she performed a “waste audit.” She kept track of what she and husband wasted or threw away most, and thought about what she already had that could help her create less waste, like reusable shopping bags.

To audit your own waste, take a peek into your trash and recycling bags before they're hauled off to understand what you’re really throwing into a landfill or not reusing. You can also write down everything you're throwing away or recycling and go over the list at the end of a week or a month, depending on how long you want to keep track.

After auditing her lifestyle, Muck realized she and her husband wasted the most in the kitchen.

“I found when we bought a week’s supply of groceries, we’d waste the majority of it,” Muck said. “We felt like we had to fill the fridge.”

Muck read zero-waste expert Bea Johnson’s "Zero Waste Home" to educate herself on zero-waste living. She made small changes, like using reusable straws instead of plastic straws. Over the course of a year, she’s started composting and shopping the bulk aisle using her own containers.

Focusing on kitchen habits instead of overhauling her entire lifestyle helped her succeed, she said.

“It’s taken me more than a year to get to where we are now,” Muck said. “It’s not something you do in a day.”

For Muck, reducing kitchen waste also meant re-learning what the three Rs (reduce, reuse and recycle) really mean. The three Rs are frequently considered a catchphrase when, in reality, they’re a hierarchy.

Patricia Weisenfelder, community relations specialist for sewer, stormwater, solid waste and sustainability at the City of Columbia, Missouri, educates citizens on sustainability efforts and recycling. Helping citizens rethink the three Rs is part of her work.

“You recycle if you can’t (reduce and reuse),” Weisenfelder said.

According to a 2017 study published in the journal Science Advances, only 9 percent of the 9.1 billion tons of plastic made in the past 60 years has been recycled. Considering this, consumers should focus first on reducing plastic consumption rather than recycling, Weisenfelder said.

“Ask yourself, ‘Is this necessary to buy new?’” she said. For instance, during the holidays, “buy meaningful gifts that last. Be mindful of your purchasing,” Weisenfelder said.

Worried about your relative turning up their nose at a used book for a gift? Read on.

One reason many don’t live waste-free is the notion that it’s difficult, impolite or inconvenient to do so, Weisenfelder said.

“People expect convenience,” she said. It’s on the consumer to demand sustainable options, she added. It’s not impolite to request a drink without a straw when dining out.

“Counteract your expectation of convenience, and realize what you don’t actually need.”

Not only will you build new habits for yourself, but you may also create a ripple effect with others. When others witness your efforts to live more sustainably, they might feel more comfortable doing the same. Some businesses like McDonald’s in the U.K. are catching on to customers’ zero-waste requests.

“Since I starting bringing my reusable containers to the local butcher, he’s seen more shoppers come in with their own reusable dishes,” Muck said. “People ask me about it when I’m shopping. They realize there’s a different way of doing things.”

“Preparing yourself makes it easier for you to live the way you want,” Weisenfelder said. She keeps reusable cutlery with her and brings reusable Tupperware for leftovers when dining out.

As for Muck, her grocery shopping routine takes more forethought now than it did previously. To cut down on food waste, she shops almost every single day instead of shopping once for an entire week.

“I plan ahead and bring produce bags, flour sacks, glass jars and reusable shopping bags with me,” Muck said. She leaves a large canvas bag in her kitchen packed with the necessary items so she can grab it and go.

Living with less waste means sacrificing some time and convenience to plan and prep, but it doesn’t mean you can’t enjoy yourself. For instance, Muck and her husband love chips and salsa, but it’s hard to find package-free chips, so that’s one “wasteful” item they still purchase.

“It’s about balance,” Muck said. Waste-free living isn’t an all-or-nothing concept, she noted. The small changes to your lifestyle can make a larger impact.

“What if everyone made those small changes and took that personal responsibility?” Weisenfelder said. “Once you make it a habit, you realize it’s not as difficult as you thought.”

This story is part of our partnership with Peril and Promise, The Challenge of Climate Change, a national public media initiative reporting on the human stories of climate change. Lead funding for Peril and Promise is provided by Dr. P. Roy Vagelos and Diana T. Vagelos. Major support is also provided by Marc Haas Foundation and Sue and Edgar Wachenheim III. 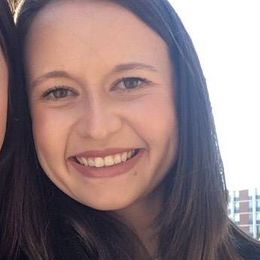 Hope Timmermann is a writer, editor and music fanatic based in Columbia, Missouri. She's a proud alumna of the Missouri School of Journalism. By day, she's a copywriter making home loans sound sexy. She's dabbled in content marketing, newspaper writing, magazine reporting and book editing. Anything that involves correcting grammar with a red pen makes her happy. When she's not at her day job, she's walking her Great Pyrenees puppy or writing some more.
Are you here? So are we!