This article was originally published by Twin Cities PBS Originals.

Experience taught Justin Terrell about white supremacy in policing. Still, the January 6 attack on the United States Capitol surprised him.

Terrell is executive director of the Minnesota Justice Research Center, a nonprofit based in the Twin Cities. He was helping to finalize their first report of the year when the insurrection began.

Terrell watched as mobs of Trump supporters broke into the Capitol to protest election results. One Capitol police officer posed for a selfie. Others seemed to open security gates for protesters. News later confirmed that five people died and more than a hundred officers were injured. The director of the FBI said it was "domestic terrorism." Dozens of Capitol police officers are under investigation for their role in the insurrection.

But since those attacks in Washington, D.C., one thing has really surprised Terrell: the responses he's heard from officers.

"After all of that, you still have people in law enforcement who aren't like, 'screw those guys,'" Terrell said. "(They) still can't wrestle with the concept that maybe the roots of the soil that your profession was born out of has to do with this very unhealthy, very dangerous, white supremacist ideology."

The report Terrell worked on that day has since been published, and it compares decades of white supremacy within police forces to declining trust in the communities they are bound to serve. You can read the full report here.

Officials are trying to grapple with that history through suggested policies and long-term solutions. They need consensus to make such moves work, and some worry that this is a problem the "Star of the North" is not willing to tackle.

From the beating of Rodney King to the death of George Floyd, Terrell says that police have fought against change.

He has worked in criminal justice reform for a while, serving on the Police and Black Men Minneapolis project to build trust and community safety. Terrell was also recently appointed to the state Police Officer Standards and Training board, which regulates officers' training and licensing.

Terrell says that traumatic experiences radicalize many officers, and their colleagues want to prevent white supremacy in their ranks. But when it's time for the rubber to meet the road, they have little trust in the community leading those reforms.

"Everything we do to try to reform policing around the edges has been met with such hostile resistance, intimidation and no desire to work with community to transform the way policing works. And that attitude within law enforcement is why we're sitting here today," Terrell said.

"It is not good for law enforcement to continue to ignore how white supremacy impacts its profession. They lose every time there's a flashpoint."

It's unclear how many law enforcement officials have ignored issues of white supremacy among their ranks. What is clear, according to the report, is that federal agencies have considered it a threat for decades.

A 1995 report by the Southern Poverty Law Center warned officials about growing violence from militant white supremacists, adding that a neo-Nazi group was targeting law enforcement and civil rights organizations.

Just over a decade later, an FBI intelligence assessment called "White Supremacist Infiltration of Law Enforcement" rang the alarm again. The assessment said agents were concerned that infiltration by white supremacists could jeopardize the safety of law enforcement, their sources, and elected officials.

By 2015, a classified FBI document unveiled that white supremacists and other domestic extremists are already in police departments and law enforcement agencies.

There is little public data on white supremacy in policing — one of the study's recommendations is to expand research on the topic. But there are many examples, including some from Minnesota.

A 2019 investigation by Reveal found that hundreds of active and retired cops who have worked at every level of law enforcement are members of extremist groups on Facebook. One study cited in the MNJRC report found officers with racist views in more than 100 police departments across 49 states.

A handful of examples from Minnesota include a Rochester officer who posted about shooting Muslim people in the face and two Minneapolis cops who said racial slurs while fighting people.

Dr. Katie Remington, a research director at Minnesota Justice Research Center, said some people defend white supremacy among police by saying it's their first amendment right. She compared that argument to the harm of someone shouting "fire" in a movie theater.

"We've been letting (racists) into movie theaters, and they've been shouting 'fire' for a long time," Remington said. "At this point, we need to keep them out."

That may be easier said than done.

An officer since 1998, Mendota Heights Police Chief Kelly McCarthy is working to address the issue. She saw warning signs among police long before protesters stormed the capitol. And when she stated publicly that racism is real, she heard pushback. Many people McCarthy heard from, she said, were police chiefs.

"I think if you got the 430-some-odd chiefs in Minnesota together, you would not reach consensus on whether or not white supremacy exists in law enforcement," McCarthy said.

"Racism is an injustice, therefore we should feel really good about fighting racism. It's not a political thing, it's a playing field thing. It is helping people who are being bullied and taken advantage of."

The state cannot prevent police departments from hiring people who are in gangs or hate groups, but House File 593 hopes to change that by barring officers from supporting white supremacist groups and ideas.

As McCarthy and others work to stem the tide of white supremacy among cops, a record number of Black adults say that they have no trust left in law enforcement.

What about the community?

Amber Jones started working more closely with the community after Trayvon Martin was killed. The Chicago-native is now the outreach coordinator for the Council for Minnesotans of African Heritage. A poll by the council last year found that more white residents than Black trust the police. That's not new, but Americans' low trust in police is.

For the first time in 27 years, most Americans surveyed by Gallup do not trust the police. A separate Gallup poll, also cited in the MNJRC report, found that only 19% of Black adults now trust the police. Jones said over-policing, racial profiling and excessive force factor into that distrust. And while most Black Minnesotans surveyed want public safety reforms, white supremacy remains an issue.

"A lot of trust is needed when you are allowing a particular body to take responsibility to navigate and to guide community through that process, and law enforcement is part of that," Jones said.

"How can we implement residency requirements and excessive force restrictions and all of these things, if at the root of it we're not being explicit about how white supremacy is affecting law enforcement?"

Justin Terrell knows what dangers that low trust in police can create. Terrell once worked as a social worker and felt how deep distrust runs in some communities.

"It means that when I'm talking to a kid whose cousin just got shot, he doesn't trust anyone to resolve that except himself. And so now he's on the block with a gun looking to solve that problem. That's what low levels of trust mean," Terrell said.

"We literally cannot reduce community violence if law enforcement doesn't evolve its position and do something to increase levels of trust. If they're not part of the solution to community violence as we see it and experience it in the Black community, then they are actually fueling it."

This article is part of the Twin Cities PBS digital storytelling project Racism Unveiled, which is funded by a grant from the Otto Bremer Trust. 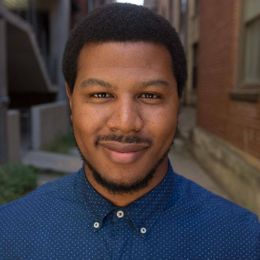