Why Voting Once Every 4 Years Isn't Enough

No matter when you last cast a ballot (or even if you just recently became eligible to vote) another election is right around the corner. Although most of the attention—and voter turnout—tends to be on presidential elections, local politics are just as, if not more, important.

If you think the only elections that matter happen every four years, guess again. Sure, the big guy at the top has a lot of power, but that power is far from absolute. A cornerstone of U.S. democracy is its system of checks and balances, ensuring no one person or group has too much power.

“The president is like the quarterback of a football team—he takes a disproportionate amount of credit when things go well, and a disproportionate amount of blame when things do not go well, but there are a lot of other actors,” said Matt Lindstrom, professor of political science and director of the Eugene J. McCarthy Center for Public Policy and Civic Engagement at the College of St. Benedict and St. John’s University.

Elections allow voters to take the pulse of the existing government and, if necessary, prescribe a change.

“Local officials have so much influence on what we quite literally see, smell and hear every day,” Lindstrom said. “And if you think about people’s daily experiences—mobility, health, education, taxes—those are primarily locally decided and locally funded issues.”

Among other hot issues being discussed locally around the country:

(In other words, no matter how apolitical or apathetic you are, local policy will affect you and your neighbors.)

What's more, according to Lindstrom, “one of the unique aspects of the United States is that we have a federal system with a lot of dependence on individual states."

"State and local officials implement nationally decided public policy, as well," he said. "Or on the flipside, they’re resisting national public policies, a recent example being the case of sanctuary cities.”

What can you do?

With all of this on the line, what can you do? Fortunately, it's easier to get involved than you might think.

There are lots of ways (and reasons) to stay involved beyond presidential elections.

“It’s important to get off social media and show up in the council rooms, at the party conventions, and at the ballot box,” Lindstrom said.

So take a break from Twitter, study up on the issues and go out and make your voice heard. 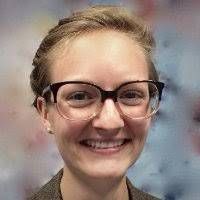 Kate Westlund is a Colorado native who’s enthusiastically made St. Paul her home. She’s often found holding her knitting, chasing a bus, and sometimes even both. Depending on the season, she likes to either hunker down in her home or explore her neighborhood on foot. You can find her online as @khwestlund on Twitter and Instagram.
Are you here? So are we!