The truth is that almost everyone struggles to listen well. Very few of us listen actively. That is, not just hear, but also understand, respond and remember.

The inability to do that is not a character flaw so much as it is a human one. Listening doesn’t come naturally to our species, it seems.

Anyone who’s spent time with an infant will tell you that we’re not born listening, we’re born making noise. Listening is a skill you must practice with intent.

Ralph Nichols was a pioneer in this research and was deservedly known as the “Father of Listening.” In the 1950s, he conducted years of listening experiments, and in his book "Are You Listening?", he wrote: “It can be stated, with practically no qualification, that people in general do not know how to listen. They have ears that hear very well, but seldom have acquired the necessary aural skills which would allow those ears to be used effectively for what is called listening.”

Why you love talking about yourself

We are wired to talk. Talking is useful. It can bolster and even shape our identities. Scientists at Harvard recently found that talking about ourselves activates the pleasure centers in the brain. The researchers asked study participants to talk about themselves and their own opinions and then to talk about other people and their opinions, all while hooked up to a functional magnetic resonance imaging machine (fMRI).

The researchers observed that parts of the mesolimbic dopamine system became active when the participants were talking about themselves. That’s the same area in the brain that lights up in response to sex, cocaine and sugar. You read that right—talking about yourself causes a similar pleasure in your head as having sex or eating a chocolate truffle.

Even more fascinating, the participants in the study had no reason to believe that anyone was listening to them. For all they knew, they were simply talking to themselves. And yet, they still experienced great pleasure from talking about themselves, even when they thought they were talking to an empty room.

This seems to suggest that we are not very objective in measuring the success of our conversations. How many times have you walked away from a job interview and thought, "I nailed that," only to be surprised later that you didn’t get the job? There could be any number of reasons why you weren’t hired, but one of them might be that you talked about yourself more than you listened. So you felt great, but the person on the other side of the desk didn’t.

If we judge the success of a conversation based on how we feel, it could be that we’re led astray by the dopamine surge we get from talking about ourselves.

In another study, researchers offered participants different amounts of money to answer a variety of questions, with the amount changing based on which questions people chose to answer. They could opt to answer a question about themselves, about another person, or about a fact.

Repeatedly, people chose to accept lower pay in order to disclose information about themselves. They accepted, on average, 17 percent less money in exchange for talking about their feelings and ideas. From the report: “Just as monkeys are willing to forgo juice rewards to view dominant groupmates and college students are willing to give up money to view attractive members of the opposite sex, our participants were willing to forgo money to think and talk about themselves."

Hearing, but not listening

Our desire to talk more than we listen prevents us from having great conversations. I find it ironic that the phrase “I hear you” is so often used these days as a way to communicate that we are paying attention to someone. For one thing, the act of hearing happens involuntarily and doesn’t necessarily involve listening.

But more important, the truth is that most of the time we aren’t really listening at all. I was at the grocery store recently and told the cashier, “My reusable bags are buried in my cart. Give me a minute to get them out.” She looked directly at me and said, “Okay, sure. I hear you,” while she was bagging my groceries in plastic bags. I had to repeat myself twice more before she really heard me.

How many times has someone said to you, “You’re not hearing me!” What they really mean, I think, is, “You’re not listening.” I’ve trained myself to stop talking as soon as I hear any version of that complaint. In almost every case, when someone has told me that they are not being heard, they’ve been right. I had stopped listening to them.

One of the best measures of successful listening is retention, yet we rarely connect our ability to remember what’s said to how well we listened. ... Researchers found that if we are listening casually to something we’re told, we will forget up to half of it within eight hours. Even if we’re listening very closely and focusing intently, we’ll forget 75 percent within a couple of months.

Remember that active listening is defined as hearing, understanding, responding and retaining. Yet, humans don’t naturally listen that way, and haven’t for decades.

This is an excerpt from the book "We Need To Talk: How to Have Conversations That Matter" by Celeste Headlee. Copyright © 2018 by Celeste Headlee. Published on September 18, 2018, by Harper Wave, an imprint of HarperCollins Publishers. Reprinted by permission. 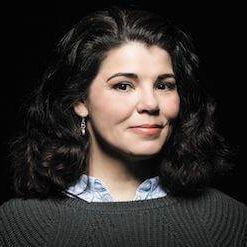 Celeste Headlee is an award-winning journalist, professional speaker, human nature expert and author of "Heard Mentality" and "We Need To Talk: How To Have Conversations That Matter." Celeste’s TEDx Talk sharing 10 ways to have a better conversation has over 17 million total views to date.
Are you here? So are we!