How to Talk to Your Boss When You Feel Overworked

Keep your job 9-5 and keep everyone, including yourself, happy.

The situation: Your boss sends an emergency email with just a few more tasks for you to add to your already long to-do list.

"Can you get that all to me by end of the week?"

This isn't the first time this has happened and you fear it won't be the last. It's gonna be a long week.

Working overtime and having to pull 50- or 60-hour weeks might work for some people, but America’s obsession with work can take its toll on our physical and mental health.

[ICYMI: Bullied By Your Boss? Here’s What You Can Do About It]

None of that sounds great, so if you’re working towards health and happiness, you’ve got to make your workweek more manageable and realistic.

At the same time, you don’t want to feel like a failure as you approach your boss and admit (shocker) that you’re not a productivity magician. Just like any performance, you’ve got to be prepared for that conversation with your boss by showing up ready to make your case and get what you want.

So, how do you do that exactly?

It’s natural to second-guess your effort level, but it’s also possible that you might be able to get your job done in 40 hours by auditing and reshaping your current organizational system. Start by evaluating how you spend your existing workweek.

“Are you really organized and tracking everything you’re responsible for right now?” said Maura Thomas, an attention management consultant and productivity book author. “The only way you can answer that question ‘yes’ is if you use some sort of methodology for behavior that also requires the strategic use of tools.”

In other words, it’s not just about having Microsoft Outlook or Slack or some other workflow management system but using it effectively. This prevents you from existing in a reactive mindset where unplanned tasks like emails, calls or meetings keep you from advancing toward your most prioritized tasks.

Once you’ve managed and documented your workflow, one of two things will happen. Either you’ll shrink your workweek to 40 hours, or you now have an empowering framework for a conversation with your boss.

“‘I’m too busy’ isn’t a good response (to being given additional work),” said Thomas, who instead suggests saying, “I have these other 12 projects on my plate right now, which one should I bump to do this new one? Can you help me prioritize?”

If you’re a salaried employee, you might think of your job as the summation of many separate tasks rather than the number of hours you work. For this reason, tracking the time you spend on individual tasks can show you where your workday really went.

“When we go to think about it, we’re often wrong about where our time goes,” said Thomas.

She recommends using a time-tracking app to start and stop the clock when you complete your daily tasks, using the information to root out the most time-intensive duties (which you can optimize with your workflow management system).

And, like using a workflow management system, tracking your time can help you explain to your boss how time-consuming your job really is. If you can prove that an integral part of your job takes twice as long as your boss thinks it does, you’ll open an avenue for an informed conversation about your workload.

Before you set up a meeting with your boss to discuss your workload, you might want to check with coworkers to see how long their jobs take them.

Liane Davey, a corporate teamwork coach says peers can show you whether you’re working too slowly for the job or whether you’re missing something that can make you more efficient. If you don’t know who to ask for help, you can even bring it up to your boss.

“Say, ‘Who should I talk to? Who’s really good at getting things done who can show me?’” said Davey.

Identifying experienced employees and asking them for help not only helps you get better at your job, she said, but also demonstrates your willingness to learn.

4. The Talk: Identify your most important tasks

Once you’ve tracked your tasks and the time you’ve spent completing those tasks, you’ll be ready to talk to your boss. With all of your work laid out in front of your manager, ask about priorities.

“Maybe they don’t realize what they’re giving you,” said career-change coach Maggie Mistal. “It gives you the opportunity to evaluate all of the responsibilities that you have.”

This conversation should also provide clarity on how you can best distribute your effort.

“Ask yourself, or your manager, ‘Does my level of effort fit the purpose? In which of these spots do I need to go to the nth degree?’” said Davey. Many young people fresh out of college — accustomed to competing for grades, scholarships and opportunities — struggle to adapt to working life, Davey says.

“Work is not about winning, or being a higher quality than coworkers,” she said. “You have to reset those standards.”

Some tasks might require 100-percent effort, but the “perfect is the enemy of good” mantra might apply to others. Make sure you don’t leave the meeting without identifying areas where you can pull back and redistribute your effort.

5. Don’t say yes unless you know you can deliver

Especially when you’re new at a job, feeling like you can’t say no to new projects is a real thing—you don’t want to appear incompetent, after all. However, the implications of taking on too much work and failing to produce are worse.

“It’s much better to admit that you don’t have superpowers at that moment than it is to put your boss into a bad position at the last minute and fail to deliver,” Davey said.

If your workflow management system shows that a big new task just won’t work, say so immediately. Putting yourself into a situation where you need to pull an all-nighter to get the job done might work once or twice, but you’ll eventually come up short and embarrass yourself and your boss in the process.

Learning how to say no is the best way to avoid existing in an overworked state. The secret is: You don’t actually say “no;” you deflect with the phrase taught in improv comedy classes across the country: “yes, and.” Just like silence on stage, saying “no” ends a conversation; saying “yes, and” opens up a route to achieve your boss’s goals.

“(Say to your boss,) Yes, and I already have all this stuff going on and I’m not sure how to make that happen,” Thomas said. Then, ask what you can take off your plate in order to get your boss’s new priority done. Using your workflow management system and time tracking, show your boss how you’re spending your time, and collaborate on a way to complete the new task without disrupting your current work.

The key is to manage your workflow with intent. Organizing and documenting your work will help you hit your most important deadlines without stressing, and gives you leverage if you do need to talk to your boss about adjusting your workload. 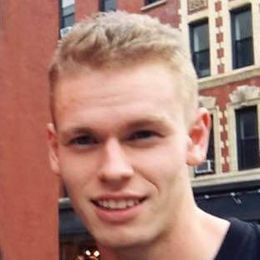 Dan Roe is a writer and editor based in eastern Pennsylvania.
Are you here? So are we!