Taking Yet Another Look At The Kennedy Assassination With 'Cold Case: JFK.'

Of all the conspiracy theories that litter American history, none is as controversial as the simple question of "Who really killed President Kennedy?" As nearly everyone probably already knows, the official U.S. government investigation of the assassination conducted by the Warren Commission named Lee Harvey Oswald as the lone gunman. But from the very earliest days following the shooting, many investigators have believed that Oswald couldn't have acted alone. Indeed, some people believe he didn't even fire a shot that day.

It hasn't helped matters the Warren Commission investigation had flaws egregious enough to embarrass a first-year police officer. Samples were compromised and/or lost, initial sketches differ from later drawings by the coroner and then there are all of those rumors of Mafia hit men, rogue CIA agents or any of the other twenty conspiracies de jour favored by those who have studied the event. This year marks the 50th anniversary of the assassination and we're no closer to coming up with a consensus on what happened or why.

Nova wades into the controversy with Cold Case: JFK, a special that brings modern day forensic methods to the facts of the case in hopes of uncovering some new evidence that might settle some of the long-running arguments about the case. The show brings together of team of experts, led by the New Mexico-based father-son team of Lucien and Michael Haag. They are leading experts in firearms and ballistics and they hope to prove one way or the other whether it was possible for Lee Harvey Oswald to commit this crime in the way the government has always claimed.

The challenge of any show like this is that even if it uncovers anything new, will anyone be willing to listen? As one historian points out in the special, "For every fact we have that shows Lee Harvey Oswald is guilty, I can point to another, conflicting fact that seems to show a conspiracy." Many people believe in some alternative version of the events and there is little any one show could do to change their minds. The J.F.K. assassination has spawned nearly 1,000 books and a half century after the shooting it remains a cottage industry and revenue stream for enthusiasts selling their spin on what might have happened.

Nova does its best trying to bring some sanity to the theories by using ballistics tests and high-tech forensics tools to examine evidence that is nearly 50 years old. When it's all over, investigators give their best guess based on the tests. They establish a bullet of the type used by Lee Harvey Oswald's Mannlicher-Carcano 6.5 mm rifle could have gone through both JFK and Texas Gov. John Connally.  They do a decent job of dismissing the idea of a "magic bullet" theory - which has to do with the way some people believe one bullet would have had to change direction to fit the ballistic evidence. Cold Case investigators also believe that a pattern of radiating fractures in JFK's skull indicate the bullet that killed him was fired from above. And that the evidence fits in nicely with the theory that Oswald fired the shot from the sixth floor of the Texas School Book Depository.

It's a theory that still seems almost impossible to believe, but as one participant notes, that doesn't mean it's not true. "If you can rule out the impossible, that which remains, however seemingly improbable, is the truth," says Lucien Haag. But showing the evidence makes it possible for Oswald to be the gunman isn't the same as showing Oswald actually pulled the trigger. That one fact is enough to keep the conspiracies alive for decades.

Cold Case: JFK is the best of the 50 or so assassination-related specials airing this month and it's a good primer for viewers not so familiar with the forensics of the case. But no matter how well done it is, it's unlikely to change any minds. If you believe JFK's death was the result of a conspiracy, then you're unlikely to change your mind. In fact, the more programs try and disprove your theory, the more likely you are to just claim the dissenting opinions are also some conspiracy set up by the media or the government or the Masons.

I'm pretty sure than when the 100th anniversary of the Kennedy assassination rolls around Americans will still be arguing about it. In one way I suppose that reflects our natural inclination to believe we're not being told the truth. Or maybe its just that if there's one thing we love more than a mystery, it's the hints of a conspiracy behind the mystery. 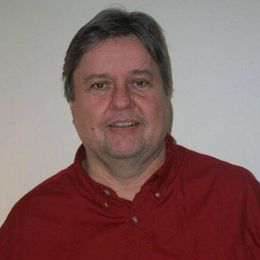