How to Stop the Stress-Eating Cycle

“I just want bread,” my sister said. She had called me to vent about the personal and professional challenges that had her feeling like she was trapped in a pressure cooker.

And the most obvious solution to these challenges, something that could immediately dial down her stress levels? Bread, preferably the kind with a crisp crust and a chewy, air-pocket filled interior.

When stress levels soar, many of us crave specific, comforting foods, like my sister and her yearning for baguettes. Personal histories shape our particular cravings, but clear trends can be seen in the kinds of foods we reach for when we’re stressed.

Why we crave what we crave

“It has to do with the fight-or-flight response that occurs when we’re stressed,” said Julie Upton, a registered dietician. “It lights up the areas of the brain that trigger our cravings for high-calorie treats."

The mechanism behind this response is linked to hormone levels.

“Studies show that stress increases levels of the hormone cortisol, which causes insulin to rise and blood sugar to drop,” Upton said.

As your blood sugar plummets, you’ll find yourself hungering for quick-fix foods: think plenty of sugar, fat and simple carbohydrates.

Higher stress levels also cause direct changes to the body’s “metabolic machinery,” said Shawn Talbott, who holds a Ph.D. in nutritional biochemistry and has written extensively about how food influences the way we feel.

Talbott said these changes occur because of imbalances in the microbiome (the bacteria that live in your gut, and yes, you want them there), the immune system, the adrenal system and the gut-brain axis. To put it in simple terms, the connection between how we feel and what we eat is complex, multi-directional and involves several different systems within the body.

The perils of quick-fix foods

When you fulfill your stress cravings with high-sugar, high-fat, high-carb foods, you “light up the reward areas of the brain that help you feel better, albeit temporarily,” Upton said.

Alas, the foods that initially make us feel better ultimately make us feel worse. Like stress itself, these foods cause your insulin levels to rise and blood sugar to fall. Soon after eating them you’ll find yourself craving another round of quick-fix foods, which, once eaten, will continue the cycle.

Our gut bacteria also play a role in the craving cycle. Say, for instance, that when you’re stressed you crave corn chips. According to Talbott, “if we feed the bacteria in our gut corn chips, we’re preferentially ‘growing’ the ones that thrive on corn chips.”

Populations of other bacteria, like the kind that prefer carrots, will be unsatisfied by the corn chips and their populations will decrease. The less carrots you eat, the weaker the signals from your gut asking for carrots will be.

If we choose to feed the carrot-loving gut bacteria instead, said Talbott, eventually our cravings will change.

The best foods to help you calm your body’s stress response, Talbott said, are those “rich in fiber and phytonutrients.” The term “phytonutrients” refers to a vast array of compounds (researchers estimate the number at about 4,000) found in foods we eat that grow from the soil.

Talbott said that eating nutrient-dense food “will nourish the microbiome, reduce inflammation and improve brain blood flow, all of which has been shown to reduce depression, alleviate anxiety, and improve stress resilience.”

“Magnesium supports our adrenal glands, which are overworked by stress,” Dean said.

Pleasure and intuition matter, too

Does all this mean you should never eat something that’s less-than-optimal from a nutrition-based point of view? Of course not. Food is so much more than the sum of the phytonutrients found inside it.

As "Great British Baking Show" runner-up and food writer Ruby Tandoh eloquently expressed in an article for Vice, some of the thinking around food and health can turn rigid, moralizing and harmful.

“In grounding health in rules and restriction, rather than pleasure and intuition, wellness misses a trick," Tandoh wrote.

Science can help us understand the relationship between hormones and the sudden urge to buy a loaf of bread, between the food we eat and the way we feel, but that’s not the whole story. A host of factors like time, energy and social relationships contribute to our food choices.

It’s up to you to determine what takes priority in any given moment. 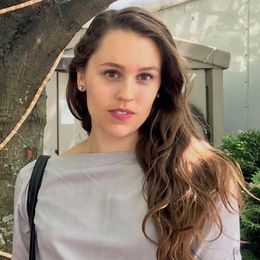 Sophie Ouellette-Howitz is a freelance writer and former rugby player living in Portland, Oregon, whose passions include black coffee, impractical shoes and petting as many cats as possible before she dies. She teaches writing for Elephant Rock and is a nonfiction reader for Orison Books. Her writing has appeared or is forthcoming in SELF, Pigeon Pages, Past Ten, the Portland Mercury and other publications. Follow her on Twitter and Instagram @ohphiesay.
Are you here? So are we!