Why We Need to Start Trusting Artificial Intelligence

It’s easy to be skeptical of artificial intelligence technology. What was science fiction not too long ago is today applied to everything from cars to marketing, and we’re told it will eventually monopolize the world. We use it every day, often without realizing it.

There are lots of ways we can benefit from AI, but we're also concerned about it taking over. Probably because we don't understand it, said Leah Kolben, AI consultant and chief technology officer at machine learning company cnvrg.io.

Building AI “takes a lot of computational and mathematical knowledge," she said. "The algorithms and technical components make understanding machine learning and deep learning extremely complicated to anyone that isn't a data scientist…

"When a machine is so advanced that its outcomes are unexplainable it can be very alarming."

When we don’t understand something, we are less likely to trust it.

And then we jump to conclusions that someday robots will take over the world or our minds. Sure, artificial intelligence is and will continue to be prominent, but the chances of it controlling our jobs and societies are very, very slim.

We also hear about AI collecting our data online. Humans don’t like to be watched. It’s not that we're being sneaky or doing something we shouldn’t, at least not all the time. We just like to be in control of our privacy and who — or what — has our information.

In a 2015 Pew Research Center survey, 93 percent of adults said controlling who has access to information about them is important to them. In reality, most of us don’t mind that others have information about us — when we’re the ones sharing it. What bothers us is when we don’t have control of what information gets out, when it happens and who gets a hold of it.

Why we shouldn't be afraid

Just as you're aware and cautious when out in public in the real world, you need to be careful about what you do online.

That being said, there are a few solid arguments as to why artificial intelligence will never completely take over:

Humans are required to update, maintain and monitor AI. Artificial intelligence didn’t create itself. A human needs to write code and program it to keep it functioning, especially as technology progresses. If something does go awry, a human can shut it down and correct the problem.

AI doesn’t have common sense. Without practical judgment, artificial intelligence can’t reason like a human. While it can analyze data and label patterns, it doesn’t understand cause and effect. It identifies that something happened, but it doesn't know why it happened. Humans are necessary to lay out the logic and reasoning behind patterns.

AI “does not (presently) exhibit self-determination, and is instead an advanced form of computation that can solve difficult problems," said Peter Scott, a computer engineer who has worked for NASA.

AI is too reliant on data. Just as humans depend on food to stay alive and perform regular activities, AI needs to be nourished by information in order to function. Without data, artificial intelligence serves no purpose.

“Virtually all the work on AI is focused on building specific and narrow applications that are firmly under human control, rather than on inventing a machine with human-like general intelligence," said Curt Levey, president of the Committee for Justice and a former AI scientist who now works on tech policy.

In a nutshell, "most of the dangers of AI that people imagine or write about are both highly speculative and very unlikely to occur in our lifetimes.”

When bots do good

The data we're so worried about bots having is often used to protect us.

“AI is being used to diagnose cancers that humans cannot, to analyze medical images better than people can, and to perform advanced surgery," Scott said. "It will save lives by driving vehicles safer than us, by finding cures for diseases and cancer, and by performing dangerous tasks such as bomb disposal or nuclear reactor cleanup."

More often than not, the owner of the account was the one who made the purchase or swiped the card. But in the case that it was a fraudulent charge, artificial intelligence has your back.

Artificial intelligence has also taken security to the next level. It has even been used to solve and prevent crime by identifying patterns in security data.

It looks at criminal behavior patterns, facial recognition blueprints and digital maps. With this information, it can point out where, when and by whom a crime could potentially be committed. This allows local forces to act before crimes even happen.

Helping us sort through online clutter

It’s easy for us to be afraid of AI because it relies so heavily on data — our data. We don’t want to think about how something unknown is analyzing our every move: every term we search, every ad we click, the music we listen to and shows we watch.

But why don’t we want it to analyze our actions? It’s true that AI is used to collect information about our online behavior, but why is that always a bad thing?

AI uses data to show things that are relevant to us. It gives us more of the shows we enjoy watching, the music we like and advertisements for products we might actually be interested in.

Thanks to artificial intelligence, we can find what we need online with a lot less effort. It makes our online experiences relevant rather than random. 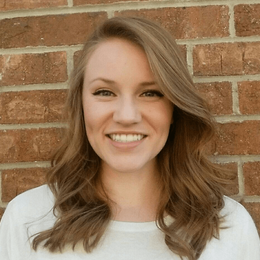 Morgen Hendersonlives in the Silicon Slopes of Salt Lake City. She loves to write and learn about technology and artificial intelligence. In her spare time, you can find her baking or traveling the globe.
Are you here? So are we!