Be Smart About Your Feelings: How to Develop Emotional Intelligence

This “soft skill” is the key to building better personal and professional relationships.

My reckoning came one particularly cold morning in Missouri in 2014. I was on shift at the local ice cream parlor, sobbing behind the counter while nursing an iced coffee and a temple-splitting hangover.

The night before, I'd gotten into a near-brawl with an ex-boyfriend. He'd hurt me, and I let that hurt come out. It didn't feel good. In fact, I felt worse than before.

"I feel like trash," I told a friend who'd come in to console me at work.

At least, I thought she'd come to console me. But instead of offering me a platitude and a hug, she offered me a single piece of advice: Check yourself.

I'd been on a downward spiral for a while, refusing to address my own emotional immaturity by projecting it onto other people. After my friend's scolding, I vowed to change. I wanted to better regulate my emotions and understand the emotions of others as well.

What I needed was emotional intelligence.

This type of intelligence is one that often falls by the wayside in our quest for optimization in adult life. Previously shoved aside as a set of "soft skills," emotional intelligence has been gaining attention for its argued benefits in improving our relationship with ourselves, others and the environments we live in.

What is emotional intelligence?

Emotional intelligence is the ability to recognize, understand, label, express and regulate emotions.

According to Richard Boyatzis, an organizational theorist and professor at Case Western Reserve University, emotional intelligence allows people to manage their emotions and work with others in a way that leads to better relationships and better performance in various aspects of their life.

"It doesn't matter what you do — if you're a human, you have emotions," said Matt Kursh, CEO of Oji Life Lab, a project that helps industry leaders develop emotional intelligence and other life skills.

How to learn emotional intelligence

Start with awareness by paying attention to your emotions and those of others. Then gather information about the concept of emotional intelligence. Finally, develop the skills you need to live an emotionally intelligent life.

"I think the very first step is to understand the science of why emotions matter," said Marc Brackett, research psychologist and founding director of the Yale Center for Emotional Intelligence.

"We need to talk about why they matter, how they affect attention and learning, decision-making, relationships, health, performance and creativity."

When it comes to helping introduce emotional intelligence to the uninitiated, remember that it's impossible to make someone do something they don't want to do themselves.

"We call it teaching with compassion," Boyatzis said. "If you want to encourage someone else to grow and learn, you can't tell them what they should do. Most of the time that backfires."

After a while, my emotional intelligence wasn't just a skill I was learning — it had become part of me.

"We say, particularly about emotional regulation, one goal is to manage your emotions so you're in control of them, instead of your emotions controlling you. It's the journey of a lifetime."

Is it really possible for someone to change?

It can be hard to accept the idea that you might need to change to improve your life and the lives of those around you. It can be even harder to actually change.

"Almost everything about us is learned," Boyatzis said. "Sometimes we learn it at an early age. Other times you get to a certain age and someone might say, 'Oh, they're a natural.' But most of the time that's not true. Everything is practice.

Adults can change their behaviors, Boyatzis added, but the key is that they have to want to change.

For me, that low moment at the ice cream shop was a wake-up call. I realized that emotional snap reactions to difficult situations never end well.

The experience pulled me back into reality. I started going to therapy. I read Lovingkindness upon another friend's urging. I actively practiced kindness, patience and understanding. I listened.

With effort and a little luck, you can too. 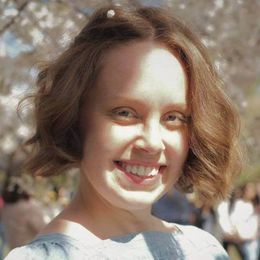