Is Your Self-Doubt Really Impostor Syndrome?

It can happen to anyone: Despite a laundry list of achievements, you can’t shake the feeling that you’re a fraud.

This overwhelming feeling of self-doubt and insecurity, often called impostor syndrome, is super common. A 2011 study published in the International Journal of Behavioral Science, reported that an estimated “70 percent of people will experience at least one episode of impostor syndrome in their lives.”

Unfortunately, a lot of people deal with impostor syndrome a lot more than just once. Some people feel this brand of self-doubt every day. Over time, it can damage your mental health and make it more difficult to achieve at work.

When self-doubt takes over

Clinical psychologist Ellen Hendriksen defines impostor syndrome as “a pervasive feeling of self-doubt, insecurity or fraudulence despite often overwhelming evidence to the contrary.”

Though the term seems to be thrown around more and more these days, it was initially coined in 1978 by two psychologists, Pauline R. Clance and Suzanne A. Imes.

Clance and Imes introduced the concept when they wrote about their research findings, which suggested that these feelings of intense self-doubt and scrutiny seemed especially prevalent among successful women.

"Numerous achievements, which one might expect to provide ample object evidence of superior intellectual functioning, do not appear to affect the impostor belief,” the researchers wrote.

For example, you could suddenly get a great new job or a hefty promotion or raise. Although you have a proven track record of hard work and the success that comes with it, you feel your accomplishments are a fluke. Impostor syndrome will make you feel as though you are constantly on the verge of “being found out” for what you "really are."

Does this sound like you? According to Business Insider, common signs that you're dealing with impostor syndrome include:

Who has impostor syndrome?

Impostor syndrome doesn’t care if you’re a Nobel Prize-winning author; it can make you feel as though your success is one long con.

However, there are some trends when it comes to who deals with it most. It seems that high-achieving women are more susceptible to this internal self-bias. Clance and Imes discovered that the women included in their study not only didn’t believe in their intelligence, but failed to “experience an internal sense of success.”

Some researchers, such as Kevin Cokley, a professor of educational psychology and African diaspora studies at the University of Texas at Austin, believe that impostor syndrome especially impacts minority groups.

He did a study that determined minorities experience more negative mental health outcomes due to impostor syndrome than they do from discrimination.

So, believing yourself to be a fraud can make you afraid to share your thoughts at work. This, in turn, can put you at a disadvantage when it comes to advancing in your career.

How to conquer impostor syndrome

The first step is to identify your feelings and think about how they are affecting you, psychologist Audrey Ervin told Time.

“We can help teach people to let go and more critically question those thoughts," she said. "I encourage clients to ask ‘Does that thought help or hinder me?’”

In some cases, therapy may be a positive and effective resource to combat these feelings of low self-worth.

Joseph Cilona, a Manhattan psychologist, told mental_floss that cognitive behavior therapy, or CBT, can help. CBT is a form of talk therapy that “helps you become aware of inaccurate or negative thinking so you can view challenging situations more clearly and respond to them in a more effective way,” according to the Mayo Clinic.

Learning how to battle impostor syndrome comes with time.

“With experience and remaining focused rather than dabbling (in addressing it), the impostor syndrome will recede, although probably not completely," Nemko said.

But the fact that we might never completely escape these thoughts "may be a good thing," he said.

"Worrying that we're even a bit of an impostor can motivate us to keep learning, and that both makes us more competent, current, and keeps us feeling fresh rather than burned out.” 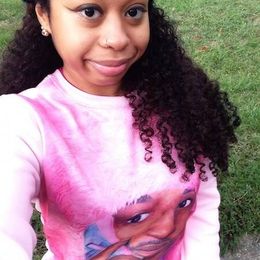 Vanessa Willoughby is an editor and a writer. Her work has been published in The Toast, Vice, Broadly, Allure and other publications. She is a fiction editor for the independent publisher Brain Mill Press.
Are you here? So are we!