This Retirement Home for Elderly Cats is a Real Thing

(This article appeared previously on Next Avenue.)

In retirement, Bruce and Terry Jenkins of Lutz, Fla., knew they wanted to do something that made a difference in the lives of others, and they had an idea that the next chapter for them meant their life (and acreage) would literally go to the cats.

The Jenkinses opened Cats Cradle Cat Sanctuary and Hospice — a space that can only be described as the most amazing sanctuary (and retirement home) for older cats in crisis — cats who are over age 10 and beyond the typical shelter’s adoption age.

“I would like to tell folks that when they retire, as we have, taking care of creatures is a wonderful purpose,” said Bruce. He and Terry currently have 25 cats in their sanctuary, which is housed in the same acreage where they live.

Their backyard, which once was filled with a Western-themed playset built by Bruce in 1992 for their now-grown children, has become a feline senior center including waterfalls, ponds and cat-sized bridges, high perches for lounging and catnip gardens. Although the couple started taking in cats in crisis in 2008, the sanctuary was completed more recently. They continue to raise money for expenses through donations and a GoFundMe campaign.

Often, they said, the cats come from older pet owners who have been diagnosed with dementia and can no longer care for them or from the adult children of cat owners who died before their pets. The couple retired from careers in business and see their work as a labor of love that they intend to keep improving and growing.

The Jenkinses' sanctuary may be a paradise for an older cat — not to mention an important connecting force between human and pet that extends beyond its grounds. Check out more photos of the sanctuary below! 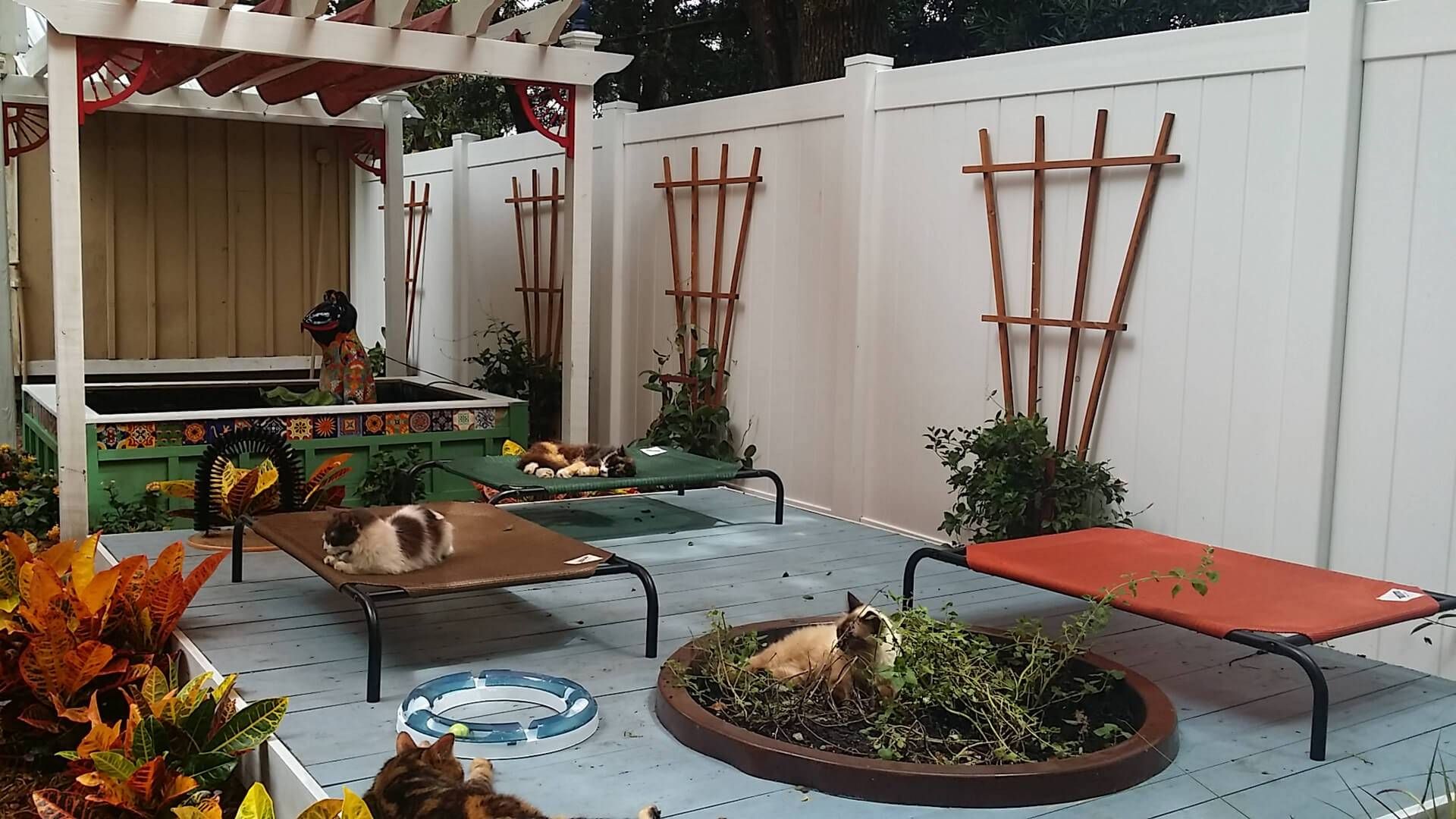 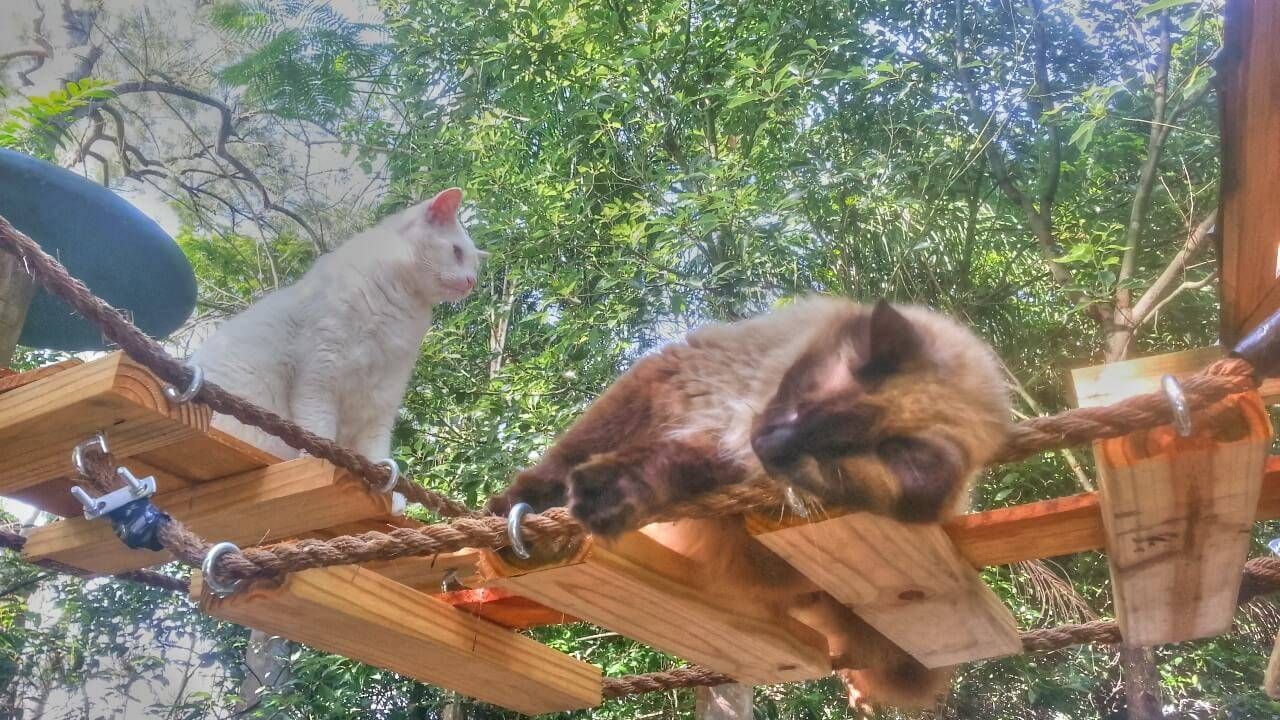 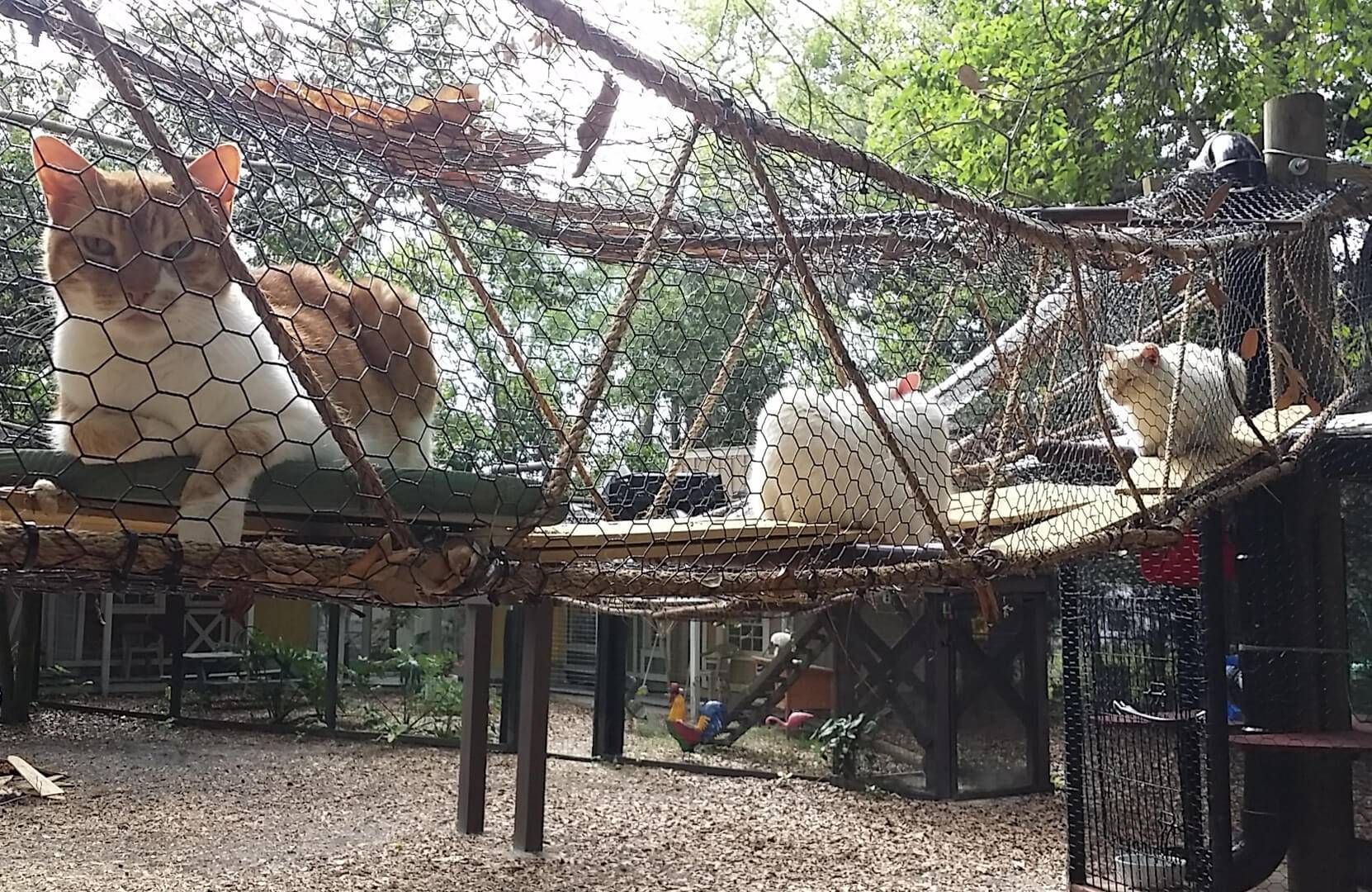 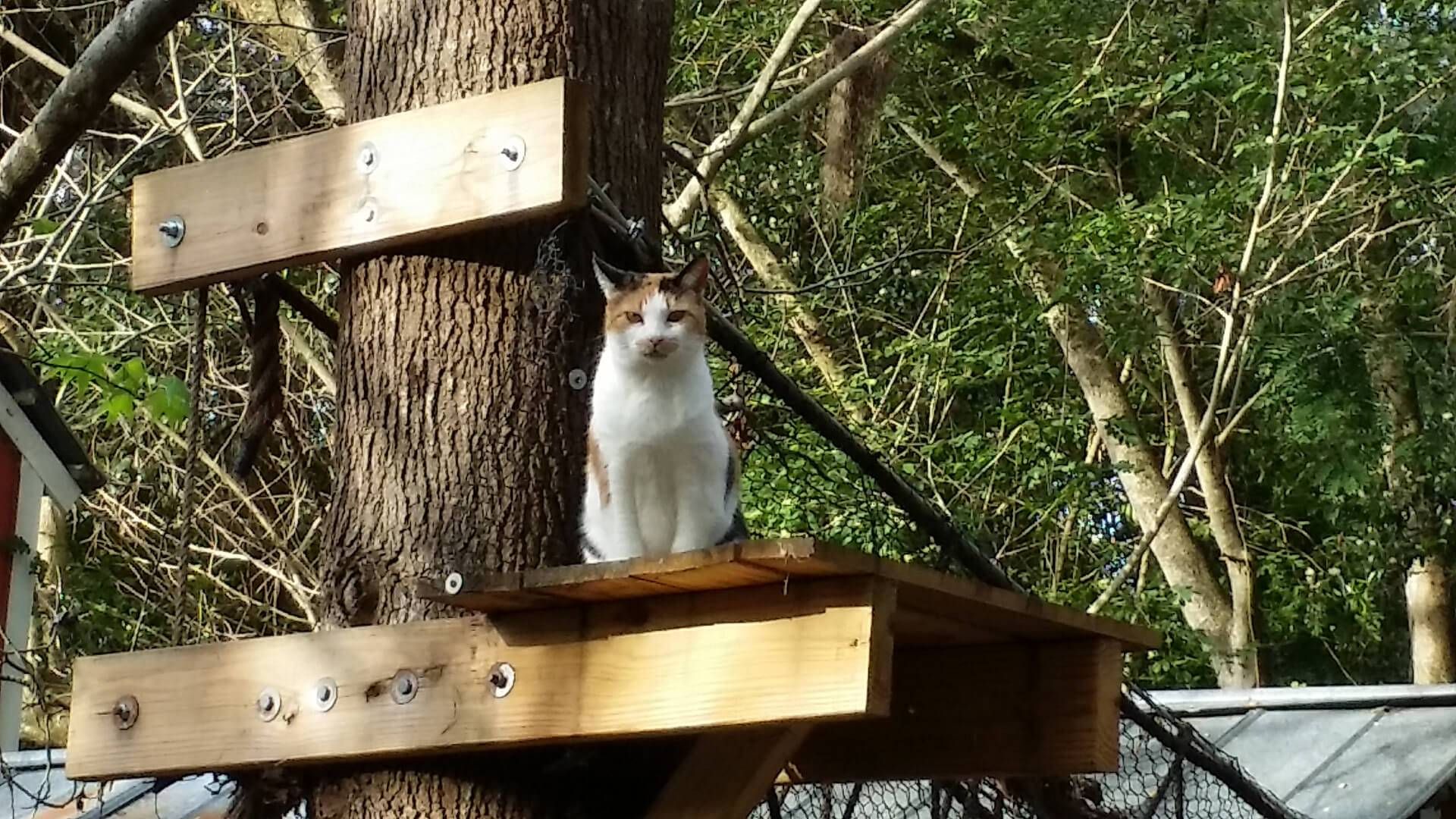 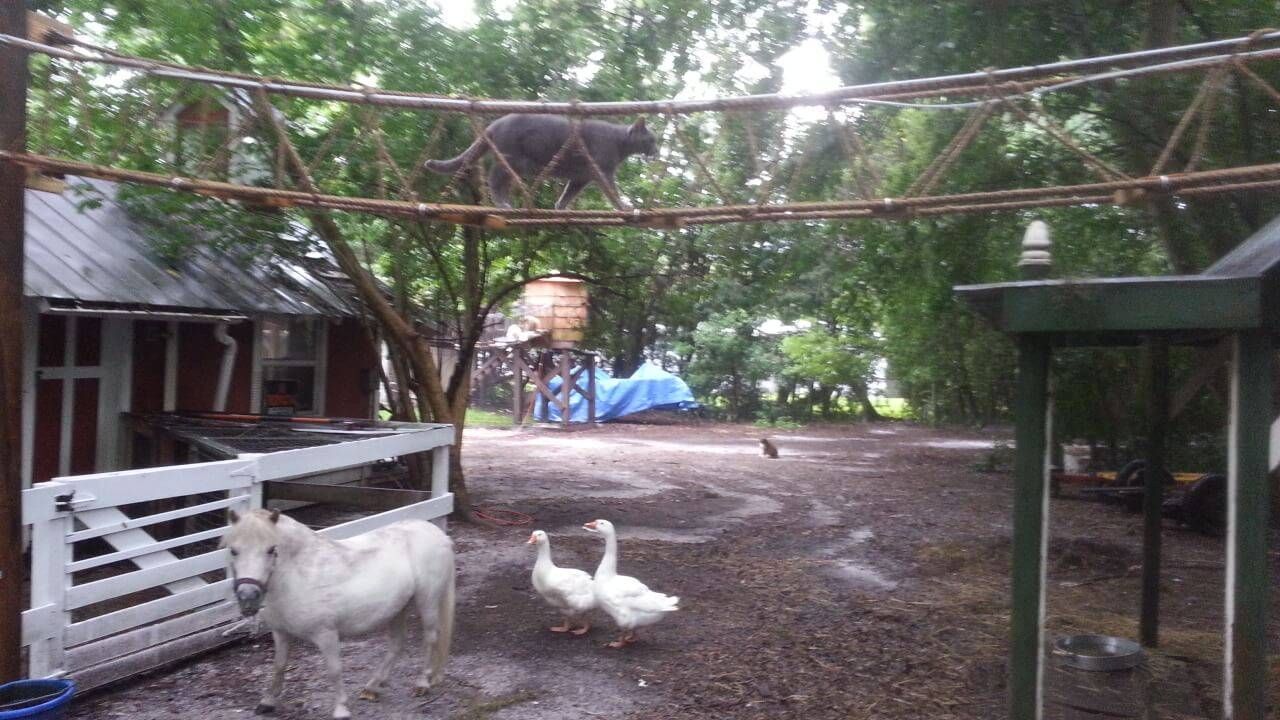 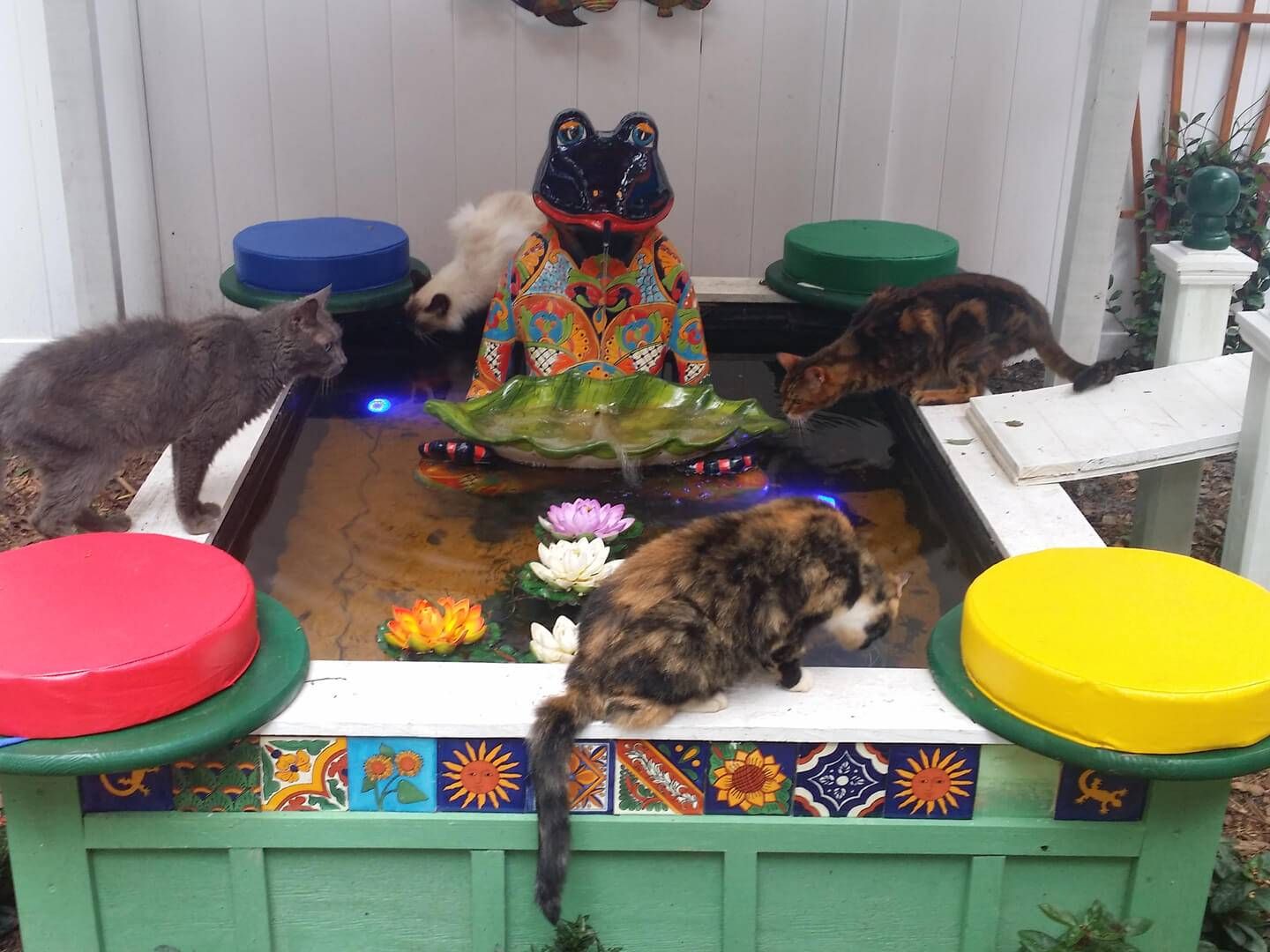 Shayla Stern
Are you here? So are we!