How Psychedelics Could Transform the Way We Manage Mental Health

A wave of new research and public support is paving the way for psychedelic drugs to be used in treating mental illness.

Fifty years after the Nixon administration advanced its "War on Drugs" with the Controlled Substances Act, Oregon's passage of Measure 109 makes it the first U.S. state to legalize psilocybin, the main psychoactive ingredient in magic mushrooms, for mental health treatment in supervised settings.

Supported by a growing bipartisan movement focused on drug policy reform and advocating for access to alternative treatment options to better address the country's rising mental health and addiction epidemics, this momentous event is the latest in America's complicated relationship with the hallucinogenic class of drugs known as psychedelics.

Before being demonized as a staple of the hippie scene, psilocybin, along with its fellow mind-altering brethren LSD, garnered attention in the early 1950s as a groundbreaking treatment in the emergent field of psychotherapy.

At a time when mental illnesses were still treated by lobotomy, psychiatrists found that psilocybin, coupled with psychotherapy, often had transformative effects on patients suffering from depression, anxiety disorders and alcoholism.

This wasn't just one or two studies, either. Over the course of two decades, psychiatrists administered psilocybin, LSD and mescaline to more than 40,000 individuals in 2,000 studies, and published hundreds of peer-reviewed papers.

But a different narrative unfolded once those drugs escaped the controlled confines of the laboratory. With millions of baby boomers coming of age in the early '60s, recreational use in the anti-establishment counterculture flourished amid the backdrop of a politically turbulent era.

Following their Schedule I Drug designation in 1970, obtaining approvals for possession became nearly impossible, and psychedelics research programs were shuttered.

The revolution will be peer-reviewed

In 2000, a group led by Dr. Roland Griffiths, head of the Center for Psychedelic and Consciousness Research at Johns Hopkins University, received federal approvals to obtain and administer psilocybin to healthy individuals — the first such authorization in thirty years.

The results sparked renewed interest in the dormant field. Over the next 15 years, restrictions eased, enabling further investigation into psilocybin's potential to treat an array of conditions, including smoking cessation and end-of-life anxiety.

Psilocybin's therapeutic potential for depression, an illness affecting 17 million Americans, is maybe its most exciting application of all.

A randomized controlled trial for the treatment of major depressive disorder found two doses of psilocybin combined with psychotherapy resulted in almost three-quarters of patients reporting a "clinically significant response" and more than half experiencing a total "remission of depression" at four weeks post-treatment.

"Our treatment effect size for this study was four times larger than the effect size for antidepressant treatment studies," said Alan K. Davis, an adjunct assistant professor at Johns Hopkins University and first author of the study.

How does psilocybin work?

What is psilocybin doing to the human brain to account for such profound change? Short answer: We don't really know.

The chemical structure of psilocybin was first elucidated in 1958 by chemist Albert Hofmann. It was later shown that psilocybin exerts its effects by activating serotonin receptors.

More recently, it's been shown to alter brain activity, particularly within a large network of brain regions called the default mode network (DMN). The DMN is a major information processing and ordering system, helping us integrate memories and experiences, allowing us to reflect on the past and imagine the future.

The DMN is essential for how we view ourselves in the world. However, if overactive, it can create negative feedback loops. Based on brain imaging data, it appears psilocybin both destabilizes and "quiets" activity within the DMN, while increasing activity outside the DMN, helping you get outside of yourself and escape self-defeating thought patterns.

The brain region known as the amygdala, which processes emotions like fear and anxiety, may also be involved.

"Our data shows the amygdala responds less to negative emotional information after psilocybin treatment," Davis said. "Additionally, the lesser degree to which it responded was correlated with the antidepressant effects of the treatment."

"At this point, most of the studies that have been done looking at these drugs are small, 10 to 15 subjects," said Dr. Manoj Doss, a postdoctoral fellow at the Center for Psychedelic and Consciousness Research.

Most clinical studies investigating psilocybin have employed what's called an open label design, where both investigators and patients know whether the drug or placebo is being used.

This type of study and design is useful for comparing two treatments, but increases the risk of systemic bias. In other words, individuals who know they're receiving a treatment proactively anticipate positive change.

"The true test of psychedelics' potential will be larger, randomized trials," Doss said.

However, those trials will require approval from federal regulatory agencies.

"The fact that they're Schedule I drugs does increase at least the perception in these regulatory bodies in the inherent risk involved in providing this drug to study participants," Davis said.

To allay these safety concerns, the latest psilocybin trials require more rigorous standards like trial participant selection criteria that ensures those with underlying mental issues, for whom psilocybin could trigger a negative event, are excluded from participating, as well as those currently on certain antidepressants.

However, another major scrutiny of any new drug is patient harm risk. Contrary to the Schedule I classification and wild media yarns of the '60s and '70s, researchers believe that psilocybin is physiologically one of the safest known classes of CNS drugs.

This is not to say psilocybin use is without risk. But there's little to no evidence suggesting lasting long-term side effects, and using psilocybin has been ruled out as an independent risk factor for exacerbating mental health issues.

Comparatively, most antidepressants come with a gaggle of numbing side effects, and studies have shown that discontinuing treatments can cause future depressive episodes to be more severe than those originally experienced prior to use.

As for its abuse potential, psilocybin has a lower addictive potential and active/lethal dose ratio than caffeine.

The future of psilocybin in medical treatment

In an election defined by state ballot wins on drug decriminalization and legalization across the country and party lines, Oregon's Measure 109 is a landmark victory for destigmatizing psilocybin and normalizing its use as a matter of public health, human rights and personal freedom.

For the growing minority of U.S. adults who approve of psilocybin research and circumstantial use, the future's looking bright. Heading into 2020 and an unforeseen global pandemic, nearly 100 cities were already pursuing psychedelic decriminalization initiatives, with four having already done so.

For the small, but dedicated, psychedelic research community, the stakes have never been higher. If 2020 was the year of the magic mushroom, what's next for the therapeutic fungi depends on the perseverance, diligence and ongoing discovery efforts of the psilocybin research community.

However, there's growing evidence-based reasons to be as optimistic as ever.

"We have multi-site trials underway at seven institutions in the U.S. and at least a dozen more in Europe that are looking at psilocybin compared to placebo among people with depression," said Davis, noting that this will help establish the basis for future Phase III trials.

"I'm cautiously hopeful that, based on the medical evidence we have thus far, it's possible that the FDA will have the information it needs within the next two to four years, and if that data is still positively supportive, it's possible that it'll be made available for medical use across the country." 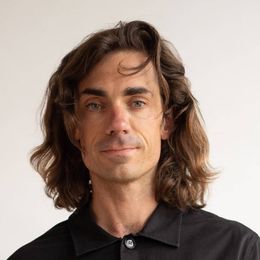 Evan Lund is a Chicago-based writer whose work has been featured in TriplePundit, Earth Island Journal and Allegory Ridge.
Are you here? So are we!