These "nonconjugal couples" are challenging dominant social and legal norms.

(This article originally appeared on The Conversation.)

When a couple decides to tie the knot, they'll often say they're marrying their best friend.

But what if two actual best friends — no sex or even romantic feelings involved — just decided to get married?

Friends, The New York Times recently reported, are starting to "marry in a platonic fashion, swearing never to leave each other for better or for worse."

These "nonconjugal couples" — mutually supportive relationships of friends or relatives that lack a sexual component — are powerfully challenging dominant social and legal norms around what constitutes family.

I've recently written about how these nontraditional couples could one day gain legal recognition — and thus tax breaks and couple benefits — in the courtrooms of the U.S., Canada and Europe.

But legal recognition, as of today, doesn't exist. So there are risks in saying "I do" to a friend.

The legal pitfalls of platonic marriages

Two friends can get married for a host of reasons.

They might not believe in the traditional heterosexual family and wish to challenge it. They might simply think that their best friend is the person they want to share chores, meals and finances with. Or they might also believe that, as law-abiding taxpayers, they should also be able to receive the family benefits that other married couples receive, like filing their tax returns jointly.

At the moment, though, friendship is not recognized by law. And only a handful of states allow friends to gain legal recognition through registration as domestic partners. These include Maine, Maryland and Colorado.

However, any two consenting adults — regardless of their genders — can get married in the U.S. Two friends, therefore, can pretty easily pull it off. But they can't admit that they're only friends.

Legally speaking, it could be seen as a sham marriage.

For this reason, two friends who tie the knot and receive a marriage certificate can still face considerable risks. They expose themselves to criminal sanctions and civil penalties on grounds of "marriage fraud" if a federal or state agency becomes suspicious of the union. And they may also be denied benefits usually granted to married couples.

Kerry Abrams, the current dean of Duke University School of Law, has outlined different doctrines developed in welfare law, social security law and immigration law over the course of the 20th century to specifically detect fake or sham marriages. Whether it's two people tying the knot so one can gain citizenship, seeking to obtain a housing allowance or getting married ahead of a trial so they can't be forced to testify against one another, the conclusions of the courts are the same: Their marriage is a sham, and the individuals expose themselves to criminal or civil liability and a termination of benefits.

Detecting a sham marriage isn't easy. And courts acknowledge that there are many reasons that may motivate a person's decision to marry that aren't "romantic," such as a desire to file income jointly to gain tax exemptions.

Therefore, courts look at whether there is what they call a "specific illicit purpose." As a judge wrote in his ruling in a case about a couple that fraudulently got married to gain a housing allowance:

"It is not the absence of a perfect or ideal 'love, honor, and cherish' motivation of the parties that renders the consequences flowing from the appellant's actions in the case before us criminal; rather, it is the affirmative presence of a singularly focused illicit one – an intent to fraudulently acquire a government payment stream – that does so."

Two married friends will need to demonstrate before courts that they did not have a "singularly focused illicit" purpose of acquiring some sort of government benefit. But they'll have a hard time doing so. That's because when courts seek to understand whether the couple intended to live together as husband and wife, they'll be assuming the family norm in which the couple has a sexual relationship.

Since there is no romantic relationship, judges will likely default to arguing that the friends got married only to game the system.

Can the Constitution help?

At the constitutional level, there is this one decision that might lend some hope to nonconjugal couples: Department of Agriculture v. Moreno, also known as "the hippies case."

The Moreno case concerned a group of impoverished, unrelated people living under the same roof who, at some point, were denied food stamps by the government. The government argued that its goal was fraud prevention: In its view, households with unrelated people — such as friends — are more likely to commit fraud to illegally obtain government benefits.

The Supreme Court, however, ruled in favor of the household in 1972. It concluded that minimizing fraud is a valid interest, but that the government could do so through other, more specific measures, instead of just denying benefits to a whole group of people.

However there are two problems with using this decision as a precedent for opening the door to allow two friends to marry. First, the outcome was largely driven by what the Supreme Court deemed the "cynical" motives of the legislature, which, in amending the law, had singled out "hippies" as undeserving of food stamps. Second, it isn't about marriage, per se; it's about who can gain access to one specific legal benefit: food stamps.

So I would argue that the constitutional decision that says something about the fate of platonic marriages is not Moreno, but Obergefell v. Hodges, the Supreme Court judgment on same-sex marriage.

The idea of marriage Obergefell puts forth is one founded on rather traditional family norms. The plaintiffs in the Obergefell case — a gay couple — were, in every way aside from their same gender, congruent with what most Americans understand a married couple to be. Their relationship was sexual, exclusive, romantic, nuclear and involved two people. They were also committed to each other for life.

To show that same-sex marriage is a subset of the broader fundamental right to marry, LGBTQ litigators chose to reinforce preexisting norms of marriage and family. They marshaled evidence showing that a gay or lesbian couple had the same ability to love, be intimate and raise children. Friends do not necessarily adhere to these norms: They are not intimate, and they are not necessarily interested in raising children, though some of them are.

Ironically, it seems that LGBTQ activism has made it much harder for other nontraditional families to gain access to marriage. Polyamorous and polygamous relationships are among them. 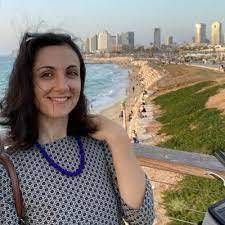 Nausica Palazzo is a Postdoctoral Fellow in Comparative Law with six years of experience in the regulation of intimate relationships.
Are you here? So are we!