After his meeting this summer with Russian President Vladimir Putin in Helsinki, Finland, President Donald Trump faced criticism from both Republican and Democratic foreign policy leaders. That night, people gathered in Lafayette Park near the White House in Washington, D.C. for a peaceful protest. They said they felt compelled to do something more than post their criticisms of the president's summit to social media. And they've been there ever since.

“The ultimate goal is to provide for people just like us—fed up with what we see happening—a platform and have a peaceful protest while exercising our First Amendment right to free speech,” protest co-organizer Iryna Verity said on the 90th consecutive day of the demonstration.

Data suggests that democratic ideals, like freedom of speech, are at risk the world over. According to the Freedom in the World 2018 report, “democracy faced its most serious crisis in decades in 2017 as its basic tenets—including guarantees of free and fair elections, the rights of minorities, freedom of the press, and the rule of law—came under attack around the world.”

Despite this global trend, we can still exercise our rights to peaceable protest and free speech to influence change where we live and around the world. And more of us are doing that than ever. In fact, since 2016, one in five Americans has participated in some sort of protest—19 percent of them for the first time ever, according to a poll by the Washington Post and the Kaiser Family Foundation.

What makes a peaceful protest effective?

It's easy to feel exhausted or numbed by the sheer number of demonstrations that have taken place in recent years, and skeptical of what they've accomplished. But evidence suggests this kind of action actually works.

Between 1900 and 2006, nonviolent civil resistance has been twice as successful as violent protest, according to research by Erica Chenoweth, professor of public policy at Harvard Kennedy School, and Maria J. Stephan, director of the Program on Nonviolent Action at the U.S. Institute of Peace.

Why? More people are willing and able to participate in nonviolent movements, and there is power in numbers. Nonviolent forms of resistance “are more inclusive and representative in terms of gender, age, race, political party, class and the urban rural distinction,” Chenoweth said in a TEDx talk.

Nonviolent protest is also more likely to attract sympathy from outsiders and gain traction that way. Violent protest can result in property damage, injury and even death. Because of that, third-party, non-involved citizens tend to worry that violent protests will negatively affect them and the places around them, evolutionary psychologist Jesse Marczyk wrote for Psychology Today.

Verity said Kremlin Annex organizers have worked to keep the demonstration safe for protesters of every age. They “remind people on our social media that if they are intoxicated, full of hate or are using inappropriate language, they are not welcome."

"Violence doesn’t achieve anything," Verity said. "There are serious changes that need to be happening in this country and we all need to adhere to higher standards in our own way of how we treat each other and how we teach our children what can be achieved without violence.”

When 'slacktivism' turns to activism

Younger generations pride themselves on their civic engagement, a lot of which is happening online. We see things like posting our opinions to social media or signing online petitions as a form of activism.

New research by the Center for Information and Research on Civic Learning and Engagement suggests young people's “slacktivism" and "clicktivism" is translating to real world action, like participating in protests.

Nearly a fourth of adults ages 18 to 24 said they "have engaged in at least one form of offline activism such as attending a march, sitting in or occupying a place as an act of civil disobedience, walking out of school or college to make a statement, or participating in a union strike," CIRCLE reported.

The past few years have seen massive global protests and other forms of nonviolent resistance. At the Kremlin Annex in Washington, D.C., hallmarks have been lighted signs and live music.

“We talk to people about voting, registration, we now have what we call the Kremlin Annex house band," Verity said. "We try to keep it light."

Rules for peaceful assembly in the U.S. vary by city. The Trump administration recently proposed a rule to limit demonstrations near the White House, where the Kremlin Annex protests are held.

Whether you join an existing protest or organize your own, you "need to be equipped with a full understanding that reacting to aggression is definitely not the way to go,” Verity said.'

The Kremlin Annex protest is often disrupted by people knocking down signs or heckling, but protestors maintain their commitment to nonviolence, she said.

“We have been harassed daily, but we don’t engage," Verity said. "If there is any kind of physical contact, we avoid that… We are just focused on exercising our right to voice our opinion, that’s all.” 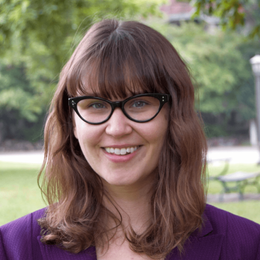