Are Oscar Noms Missing the Mark Because of an Academy Age Gap?

After years of declining ratings and a series of botched proposed changes to the ceremony, the Oscars, airing Sunday, Feb. 24, are desperate for some attention. But where will that attention come from?

As an NPR film critic who watched some of the eight eventual Best Picture nominees with my parents over the holidays, I realized just how much our opinions of them diverged. And I started to wonder: Does the biggest night in movies have a great, big age gap?

To explore this question for a joint piece between Next Avenue and Rewire, I called up Bob Mondello, film critic for NPR’s “All Things Considered.” A longtime mentor, colleague and friend, Bob was kind enough to humor me for a cross-generational dialogue about the film industry and what it takes to get people of any age interested in the Oscars. Our conversation touched on "Black Panther," "Bohemian Rhapsody," "Green Book," "Roma" and many other films up for Oscars this year.

This conversation has been edited for length and clarity.

Andrew Lapin: Bob, this year I noticed, more than in previous years, a gap between the movies I liked and the ones my parents and their friends liked. I loved "Roma" but couldn’t stand "Green Book"; they were the opposite. We had different views on other nominees, too, like "Bohemian Rhapsody" and "Black Panther."

Every year there’s a divide in the appeal of the different Best Picture nominees. But this year, is it one that’s at least in part due to age?

Bob Mondello: I pulled up a list of the Best Picture nominees and asked a twenty-something at NPR which were interesting to him. And he named the top three box-office hits: "Black Panther," "Bohemian Rhapsody" and "A Star is Born." But he skipped over "Green Book" and went right to "BlackKKlansman." When I asked him why, he said, unprompted, “Well, maybe 'Green Book' would appeal to an older crowd.”

And that led me to believe that your premise is probably right, that "Green Book" is less appealing to somebody who was not alive, say, in the 1960s. It’s an old-fashioned movie, in every respect.

I think it’s also not a very good one, which I suppose is neither here nor there.

But I think part of what he was reacting to, and part of what I think everybody is reacting to, is that some of these movies are simply popular. They have been big, popular hits. And when films are what Hollywood refers to as “four-quadrant movies,” meaning that they appeal to young and old, men and women, they attract everybody. And I think that’s probably truer of, say, "A Star is Born" or "Bohemian Rhapsody" than it is of "Green Book."

Lapin: Would you consider "Black Panther" to be a four-quadrant movie?

Mondello: Well, it became one, yes. I think it became such a phenomenon that almost everybody had to go see it. It is not attracting just a comic-book movie audience. It’s attracting people who want to see what the fuss is about. Were your folks interested in any of the big hits?

Lapin: We saw "A Star is Born" together, and I think we were all a little mixed on it. My parents remember the Barbra Streisand version, which means they also knew about the other two versions. So it seemed more of a well-trodden story for them, whereas friends my age weren’t even aware the new one was a remake, and so were totally caught off guard by the ending and were more emotionally invested in the movie as a whole.

Mondello: Interesting. And they’re also reacting to Lady Gaga, which makes a difference, too.

So, yes, there is probably an age divide on the Oscars. What do you make of that? Are there going to be more young people watching this year than usual because the top three pictures are enormous pictures, so they’ve got rooting interests in it?

Lapin: That’s the hope, right? When they expanded the Best Picture field in 2009, they wanted to get more popular movies in, so younger people would watch.

I wonder what the future of movies will look like, particularly the movies that get nominated for awards and reap the public exposure that comes with them. Is there a growing divide between the new Academy voters and the older Academy voters, forming different contingents who don’t understand each other’s tastes? Is this creating more of a disconnect, when it was trying to bring people together?

Mondello: Well, don’t forget. "The Academy" is about 7,000 voters who work in the film industry. And they’re not critics. They don’t think about film the same way that a lot of people on the outside do, and certainly not the way you or I do. So you wouldn’t really expect them to choose pictures that are critically raved about, except insofar as they like the notion that they’re working in an art form.

Lapin: I don’t even know how "Roma" would break into that group. It’s a new thing because it’s a Netflix movie. It’s the most accessible, arguably, out of any of the Best Picture nominees, because you can just pull it up on your computer.

But I always felt like the Oscars were in this camp of, "We want to protect the sacred institution of going to the movies." Movies have to premiere in theaters to be eligible for the Oscars. So Netflix, which typically doesn’t follow those rules except when it wants one of its movies to qualify for the Oscars, also seems like something with an age divide to it.

In general, I find that older people I talk to still prefer Netflix DVDs to Netflix Instant. The culture of just aimlessly browsing through a streaming channel, or of starting a movie and getting out of it 20 minutes later, feels specific to younger generations. "Roma" is not what you would call a “youth-skewing movie,” but does it represent a larger existential threat to the Academy?

Mondello: Yes and no. Under normal circumstances I would expect Hollywood to reject a Netflix movie as Best Picture because they were worried about their livelihoods. But as a practical matter right now, Netflix is spending as much as anybody else in the business. Certainly more than Paramount. I mean, what would be the logic for supporting a Paramount picture over a Netflix picture if what you’re worried about is the health of the business?

And let me just tell you — again, personal experience. A year ago we were a cable family and we watched things on cable. Now we are increasingly looking at things on streaming services. And I’ve been reading about the number of people, young and old, who are uncoupling from cable because they’re streaming instead. But I’m not there yet. We’ve got both.

Lapin: How much does the age divide intersect with our country’s political divide? A lot of the movies in Best Picture this year are coded in a certain political way. Certainly "Vice" is very open about its disdain for Dick Cheney. "BlackKKlansman" is critical of Trump. So I wonder if that speaks to this divide, as well.

Mondello: I don’t know if that breaks down in the way that you’re saying, meaning youthful versus age. To the sense that people tend to grow conservative as they get older, looking for things to be the way they were when they were your age, I suppose there is some logic to that. I frankly don’t know what a twenty-something would get out of "Vice." I mean, I don’t dislike the movie. But it seems to me that it’s of a time, and that time is likely before a twenty-something’s political consciousness is likely to have been terribly well-developed.

And what do you do with "The Favourite," which is just eccentric?

Lapin: I think "The Favourite" is a stealth four-quadrant movie, because everyone who I’ve pushed the movie on loves it. It’s extremely entertaining. It’s got that off-the-wall sense of humor, but it still has that dark edge to it that I think film snobs can appreciate. But it doesn’t seem to have been seen very widely yet.

Mondello: Yes, it has not been widely seen. People who have seen it tend to like it a lot. It’s a really terrific film, although it’s eccentric enough toward the end that I think it’s disturbing for some audiences.

You’re talking to somebody who is going to turn 70 in two months. I try to maintain a youthful outlook on life, but my views are going to be different in a variety of ways on motion pictures — among other things, because I call them “motion pictures.”

But it strikes me that I come to movies from a different place than most viewers do. Not most young viewers or old viewers, but most viewers, period, because I’ve seen so many.

And I think most critics are in that same boat, whether they are 22 or 70. Because you see more films than anybody else, you look at them differently.

The voting numbers of the Academy are notoriously older than the general public, because once you’re a voting member you stay that way for the rest of your life. People who made movies in the ’70s and the ’60s are still voting on them today. And in the general public, the people who were going to movies in the ’60s and ’70s, by and large, aren’t going to see movies today. The older audience doesn’t go out to theaters. So those audiences have diverged to some extent. And that probably affects how the voting goes.

Lapin: I always have this fear that if a movie I loved barely gets any Oscar attention, like "Leave No Trace" or "First Reformed," then the general public just kind of forgets about it. Going forward, do those movies just kind of fade away? Or does time win out in the end for the good ones? 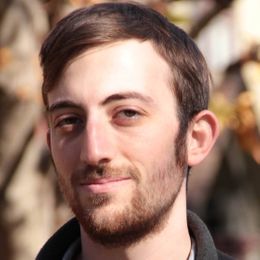 Andrew Lapin is a film critic for NPR and a freelance writer and podcaster based in Paris. He has written for The New York Times, The Atlantic, National Geographic, Vulture, Current and other publications. Born in Detroit, he has received the RIAS Berlin Journalism Fellowship, the Tent Creative Writing Fellowship, the Film Fest Ghent Young Critics Fellowship and the Hopwood Award for fiction. Follow him on Twitter @AndrewLapin
Are you here? So are we!