Opioid use and overdoses are increasing across the U.S.

22-year-old Destiny Rozek of Holbrook, New York, has struggled with opioid addiction for the past four years, a struggle she says has worsened during the coronavirus pandemic.

Rozek says many detox facilities are closed, and coronavirus safety protocols have limited the assistance some facilities once provided. She visited one facility several weeks ago, but was discharged after a couple of nights because space was needed in the ward.

"There was no therapy or anything to help me. They didn't even help me find an outside place to go to after, and I was still sick when they let me out," Rozek said.

"I'm still working through this, but I did not get the federal stimulus check. I don't know why. I go to college, I'm struggling with money and can't take time off to detox at home."

Rozek is currently in an outpatient program, but says she was only given medicine to try to detox at home and in-person support groups aren't currently available.

"I'm genuinely trying, but it feels like I'm stuck," she said.

Mass layoffs, furloughs, isolation and cuts to recovery resources have been cited as contributing factors to reported rises in opioid use and overdoses during the pandemic.

"Now is the time that is testing people's strength and resilience, not only in recovery but life in general," said 29-year-old Chris Noce of Vancouver, Washington, who has been clean for three years after struggling with opioid addiction and currently advocates for recovery on social media. "All the odds are against us."

Outside Atlanta, 20-year-old Leah Prickett has been clean for four months, an effort she says the pandemic has made more difficult as she worries about the health of her grandparents and her immunocompromised boyfriend.

"It's made me feel emotions that are really hard to deal with at times, and I know using would make me feel better about it," Prickett said.

Based on data from the Overdose Detection Mapping Application Program, opioid overdoses during the pandemic increased in March by 18 percent compared to the same month in 2019, 29 percent in April, and 42 percent in May.

32-year-old Josh Simon of Lakeland, Florida, died on May 8 from a fentanyl overdose, after relapsing due to the pandemic.

"Quarantine hit. Josh wasn't going out as much to do his usual routines. I think he started to get depressed," said Rachel Farrell, Simon's widow. "His behavior changed. He became more impulsive and irrational."

Simon's Narcotics Anonymous meetings were shifted to Zoom, but according to Farrell he didn't want to attend virtual meetings over in-person meetings with people he knew.

Mark Morrison's 26-year-old daughter, Michaela Morrison, of York, Pennsylvania, was a recovering from a heroin addiction before COVID hit. She was clean for one year and had a job. But during the pandemic she relapsed, obtained drugs laced with something that caused her heart to irregulate, and she later passed away at a local hospital on Sept. 3.

"It was a shock," Morrison said. "She had just lost seven friends to overdoses in the span of two months, and I think the in-person recovery meetings being cancelled because of the pandemic contributed to her relapse."

25-year-old Luke Darmstadt died from a fentanyl overdose on June 2 outside Phoenix. He first became addicted to opioids while recovering from serious injuries sustained in a car accident in 2016. He started buying pain medications off the street after becoming dependent and then took heroin because it was cheaper.

Tina Mullican, Luke's mother, says he was in and out of treatment centers in the beginning of the pandemic in California, where he would be discharged after 30 days, relapse and re-enter a facility. He got out of this cycle shortly before his overdose, when he returned to Arizona while his mother was hospitalized due to surgery.

"He came here to see me, yet never had the chance," said Mullican. "Luke went to see his old roommates he met in treatment in Arizona. That would be the last time anyone saw Luke alive."

As opioid overdoses have increased, accessibility and capacity for substance abuse treatment has decreased due to the pandemic.

According to a recent survey, 54 percent of behavioral health organizations have closed down programs and 65 percent had to turn away, reschedule or cancel patients due to financial losses and reduced capacity during the pandemic.

Opioid use disorder advocates and researchers are pushing for increased access to medications, increased funding for mental health services, and better education to dismantle structural barriers for treatment that existed prior to the pandemic.

"Drug users are vulnerable right now in terms of increased risk of relapse, increased risk of misuse during the pandemic, but they're also at increased risk for being infected by COVID and having adverse reactions to COVID," said Dr. Magdalena Cerda, Director of the Center for Opioid Epidemiology and Policy at NYU Grossman School of Medicine.

"We need to prevent these negative secondary effects of the pandemic by ensuring people are using safely and people in recovery are supported."

Cerda says states should be taking advantage of the loosening of federal regulations on the opioid disorder medications methadone and buprenorphine to increase access to medication, increased funding for harm reduction services and loosening of restrictions by states for naloxone, an overdose reversal medication.

"Unemployment benefits, aid to small businesses, assistance to working families — all of those will be critical in terms of preventing the worsening of the opioid epidemic, in addition to increasing access to treatment and harm reduction services," Cerda said.

Dr. Caleb Banta-Green, principal research scientist at the University of Washington Alcohol and Drug Abuse Institute, says some programs have struggled to adapt to loosening regulations on opioid use disorder medications in terms of ensuring easier access, which has been a constant struggle for opioid use disorder advocates even before the pandemic.

"We should be radically scaling up access to treatment medications and getting them to everybody," he said.

"We still have onerous barriers to getting access to care. We have a health system with all sorts of rules and a misunderstanding that people have to hit rock bottom or prove they are worthy and willing to receive treatment medications." 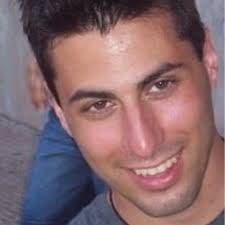 Michael Sainato is a journalist based in Gainesville, Florida.
Are you here? So are we!