Could Living in a Multigenerational Home Work For You?

Tips for navigating the shared space and responsibilities of a multigenerational household.

Earlier this year, Jamie and Randy Millard closed on a new house with Jamie's parents, Robert and Kay. This move was part of a deliberate plan to live in a multigenerational home, with the four of them plus Jamie and Randy's two daughters.

When Jamie was a teenager, her mom's aging parents moved in with the family. So, multigenerational living was something that was never a question for her; it just made sense.

For Jamie, the economics of multigenerational living helped make the decision a no-brainer.

"Childcare is so expensive. Mom watching the girls saves about $15,000 a year," she said.

"And if you look at living in a nursing home later on, when you're no longer on your own, that can be anywhere from $3,500 to $6,000 a month per person. (That's) not economically viable for a lot of families. We get to spend more time together, but it's also financially a really sustainable solution."

The family met with a financial advisor early on, and they were asked how they would split up household costs. Percentage-based? Even split between the two households?

There are many ways families can choose to divvy up costs, but they decided to treat it all as a collective pool of money. This works because of their shared value of financial transparency — something Jamie's parents modeled her whole life.

The family treats the physical space in their home as a collectively shared space as well. They do have slight separation, as Jamie, Randy and the girls have their rooms on one floor, while Robert and Kay have theirs on another. But the spaces aren't off-limits to the others.

"We just roam back and forth," Robert said.

With shared space, they do family dinners together every night. Jamie and Robert can eat lunch together during work breaks, since they're all working from home during the pandemic.

One day, Jamie got out of a meeting and found her dad and her daughter playing Monopoly at the kitchen counter. Those moments are so special to all of them.

"It's great being around the girls," Robert said. "When Randy and Jamie need help, now, we help them out. If we need help, they help us out."

Multigenerational living is not a new idea. Many cultures around the world and throughout history have practiced this lifestyle.

The practice declined in the U.S. throughout the 20th century to an all-time low in the 1980s. However, over the last two decades there's been a significant rise in multigenerational households — with a steep increase after the Great Recession.

Mike Smith, owner of Anderson Realty in Minneapolis, said his clients have sought multigenerational living situations for a variety of reasons, including the desire for "closeness for kids with grandparents, helping fixed income folks be in a stable financial situation or even allowing all involved to be in a home they otherwise wouldn't have been able to afford."

Before merging your household with your parents, be sure to consider the financial and relational aspects of multigenerational living.

Amanda Nephew, a licensed marriage and family therapist, believes it's important to consider the different generational values, personalities, priorities and roles at play.

In situations where children are present, differing parenting and discipline styles are likely to be the biggest sources of conflict, Nephew says. So, it's very important to be clear about expectations from the beginning — talking about parenting styles, what people need from each other, what they expect in terms of family time and alone time, how space is shared and how finances will be split up.

Nephew suggests holding a monthly family meeting to work out logistics and talk about what isn't working. She also recommends addressing issues in the moment, "so that things don't bottle up and…become big explosive issues."

On the financial side, Kyle Moore, a St. Paul-based certified financial planner, believes the most important step is for all parties to put their agreements and decisions in writing first, "so arguments aren't coming up about who's paying for what and so everybody is on the same page on the front end."

Moore says another important consideration is the way you own the property together. There are many approaches to this: joint tenancy, tenancy in common, or just having one family unit own the property and the other family unit contributing to overall costs. He suggests talking to an attorney so you can outline what your wishes are and they can help with the ownership of the property.

"The main reason to think about all this stuff is so you don't have unnecessary arguments or bitterness that come up from owning a property together," Moore said.

"Anytime you enter into some sort of financial partnership with somebody, there's the potential that could really ruin the relationship. And nobody wants that, especially if it's a parent and child."

JaNae Guzmán, who married into a Hispanic family, is learning about the long-held cultural practice of multigenerational households.

Her husband, Javi, lived with his parents until he and JaNae got married — something she says is very typical in his extended family. In 2018, they decided to move in with his parents after their living situation fell through.

While this isn't something JaNae was expecting, she's really enjoying the arrangement. Living with her in-laws has allowed her to immerse herself in Javi's culture and language.

"It's been really cool to recognize that some things about Javi are not just about him, they're about his culture as a whole," JaNae said.

It's an arrangement they plan on keeping. The four of them currently live in a two-bedroom apartment, but JaNae and Javi are planning on buying a house this year, where his parents can continue to live with them.

She says it can be frustrating to share such a small space — especially when more than one person needs the bathroom or there are multiple people cooking in the kitchen.

But the benefits far outweigh the challenges, especially with having extra support for Javi, who struggles with mental health issues. JaNae says that it's been invaluable to have his parents' support.

A deepened support system from living under the same roof was also a big factor in the Millards and Joslins buying a house together. After Jamie was diagnosed with rheumatoid arthritis in 2018, they started seriously pursuing multigenerational housing options.

Now, if Jamie has a bad flare-up, it's not just her and Randy, but her parents are also there to help with childcare. She says she believes this is the way society should operate.

"It's unrealistic to think that, in a post-industrial work society where both units in the household are working, that you can do all these things," Jamie said.

"Human care needs to be more collective and more collaborative and shared. And it helps the girls because they've got more people supporting them. They get to learn from all these different life experiences. Then, for my parents, it's going to make the rest of their lives more joyful and love-filled." 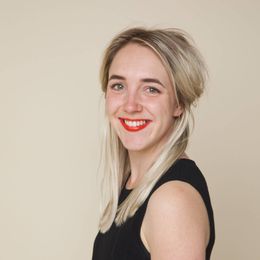 Amy Overgaard is a freelance writer and editor based in Saint Paul, Minn. She loves working on stories that foster connection and empathy and inspire creativity. Follow her on Instagram and Twitter @amyovergaard.
Are you here? So are we!