How to Create a Mental Health-Focused Workout Plan

Exercise has benefits beyond beating a 5K time. Here’s how to tap into them.

If you want to beat your mile time, a quick Google search will turn up millions of workout plans. But few of those plans will help you tap into one of exercise's most powerful effects.

This one can't be measured with a stopwatch: A small mountain of scientific research suggests exercise can improve mental health in both the short and long term.

Exercise can provide a quick mood boost (like the famous "runner's high"), and resilience to mental illness. For instance, one analysis of 49 studies found that high levels of physical activity could prevent up to 17 percent of new depression cases.

"Exercise is directly associated with our mental health, it's not just about looking good or having a six pack," said Simon Rosenbaum, an associate professor at The University of New South Wales in Australia. "It's actually fundamental to how we live and how we feel."

It requires unlearning what "counts" as exercise, rethinking goals and cultivating mindfulness during a workout.

Focus on activities you enjoy

To exercise with mental health in mind, don't worry about choosing one type of exercise over another, said Jacob Meyer, a professor of kinesiology at Iowa State University. Aerobic workouts, like running, have consistently been linked to greater mental health, but they're not necessarily better than strength training — despite the powerful "runner's high."

"So far, research shows that aerobic exercise seems to be similarly effective to resistance exercise for improving mental health — both in the short term and in the long term," he said.

Resistance exercises like strength training are often overlooked, but are also tied to fewer cases of anxiety and depression. Even just the feeling of getting stronger has been linked to greater self-esteem.

"That can have a big effect on how people feel the way they carry their body," Rosenbaum said. "It's not just about building big muscles."

A performance-centered workout plan would combine both aerobic and strength training, but a mental health-based plan doesn't have to. It's more important to choose enjoyable activities, because you're more likely to repeat them regularly.

"The part that really matters in the end is whether or not you're going to do it," Meyer said.

Finding enjoyable exercise can be a sticking point, Rosenbaum notes, because plenty of people have had negative experiences with workouts in the past. To overcome this, he suggests broadening your view of what you consider exercise.

There's no need to grind – unless you want to

If you're used to measuring workouts in terms of calories burned, miles covered or puddles of sweat accumulated, you may be missing a critical point. You don't need to punish your body to benefit the brain.

Even light activities are connected to a lighter mental health burden.

A 2018 study published in The Lancet analyzed the exercise habits of over 1.2 million adults in the U.S. It found that any type of exercise was linked with better mental health.

Traditional team sports, cycling and gym workouts had the most powerful mental health effects, but other activities like yoga, tai chi or even household chores were linked to fewer days of poor mental health.

When you're given the choice between punishing yourself for two hours only to never exercise again, or taking on lighter, more sustainable loads, the latter may serve you better in the long term. Don't discount the easy stuff.

The activity also doesn't have to last all day to prove beneficial, Meyer explains.

"People who train really hard have the idea that unless they train at a certain intensity level or for some duration, there's no point," Rosenbaum said.

"We can actually change that view and say: this training session is for my mental health."

Don't be afraid to set goals

Other than the resolve to move regularly, goals don't need to be the center of a mental health-focused workout plan. But they can be helpful.

If hitting certain step counts or mile times is motivating, there's nothing wrong with setting them.

In a 2016 study, Meyer and his team measured exercise's effect on depression in 24 women. Participants completed exercise at "prescribed" intensities, then chose their own intensity.

The mood response to exercise was better when the study participants performed the prescribed exercise.

"This suggests that those goals, or even maybe an external prescription, could be really helpful for those mood benefits because you can think about accomplishing a goal, or feeling that sense of achievement or mastery," Meyer said.

However, if those goals become a source of stress — not hitting step counts has led to feelings of guilt or shame among FitBit users — focus on how each activity makes you feel rather than the number on the screen.

When Rosenbaum conducts studies on exercise and mental health and exercise, he first focuses on helping people notice their moods.

Not every workout leaves people glowing with joy. But the more people learn to notice their feelings, the more they may start to notice an upward trend over time.

Even beginners may begin to feel internally motivated to continue.

"It's not a doctor [or a FitBit] sitting here saying you need to exercise or else you're going to have a heart attack," Rosenbaum said.

"It's actually someone saying, 'I need to go for a walk right now because this is important for me. This is what helps me manage how I feel.'"

That's not to say you can't get stuck in a rut. Once you fall into an exercise pattern, it can be easy to lose that sense of mindfulness. A workout might feel tediously automatic at best, or perhaps like a chore at worst.

Variety can be an antidote to monotony, and a way to focus your mind on moving your body in a new way.

Perhaps the most critical part of designing a mental health-based workout plan is allowing that plan room to change to better serve your goals. Remember, you're focusing on your mental well-being, not a 5k time.

"It's a lifelong process, particularly when we talk about mental health," says Rosenbaum. 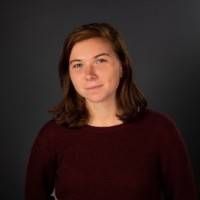 Emma Betuel is a freelance health and science reporter based in Brooklyn. Her work has appeared in Inverse, Texas Monthly, The Sag Harbor Express and WBUR's CommonHealth.
Are you here? So are we!