How One Community Turned a Racial Divide Into a Tribute to Martin Luther King Jr.

"How do you go about loving your enemies?"

This quote from Dr. Martin Luther King has new and challenging resonance today. The question can be found carved in steel in a large, abstract sculpture called "Freedom Forum II," installed in a hillside Rev. Dr. Martin Luther King Park in Minneapolis. Renamed just months after Dr. King’s assassination, the park was one of the first places in America christened in honor of the prophetic change maker.

Martin Luther King Park also features a rarity in American parkland: an innovative, interactive black history playground. How did this clever play space come to be? The answers go back decades into the park’s past.

Minneapolis is known as the city of lakes. But with its perennial spot among the best park systems in the United States, the prairie metropolis could easily be called the city of parks.

“Parks in the city of Minneapolis have been the lifeblood of our city,” said Mary Merrill Anderson, the first African American superintendent of the city’s Parks and Recreation board. “They are the places where people come together to play, to connect, to build community. It’s space that we all own. It’s our wonderful backyard. They’re right at the heart of who we are and what we are.”

“Parks are focal points for neighborhoods,” said Iric Nathanson, a community organizer in the early 1960s. “When I worked here, Martin Luther King Park was still known as Nicollet Field. It had been ignored for decades by the city and the park board and it was really a tired facility.”

Nathanson, from the city’s traditionally Jewish north side, worked with the south side’s African American leaders to revitalize the park. But he acknowledged that the strain and struggle of the Civil Rights Movement brought about racial tension in the neighborhood.

Compounding this was the construction of Interstate 35W, which ripped a hole through the community, including a sizable section of what was then Nicollet Field. As in many American cities, the freeway reinforced harmful segregation as it created a literal and figurative barrier and essentially split south Minneapolis in two.

The section of the interstate abutting what remained of the park was completed in 1967. That same year, Martin Luther King Jr. came to Minnesota and delivered a memorable speech. The following year, he was assassinated.

Urban America, including Minneapolis, erupted with violent disturbances. These so-called "riots" are the way history represents the black response to King’s assassination. But there were healthy and healing responses as well, including the naming of places in Dr. King’s honor.

Just months after his assassination, Minneapolis’ African American leadership urged the city’s park board to rename Nicollet Field after Dr. King. The park in the center of the then-mostly white, northern city became one of the first places in the world to officially take on the name of Martin Luther King.

In the decades that followed, MLK Park became the common ground for a generation in the multiracial neighborhood.

In 2010, a new challenge was unleashed on the green space and its denizens. A proposal was underway to create an off-leash dog park within Martin Luther King Park. Proponents included mostly white residents. Many African Americans had a different reaction. Because of the use of police dogs against protesters throughout the Civil Rights Movement, the proposal felt insensitive to some.

“There were people who were almost in tears at the meetings who couldn’t imagine that we’d be putting a dog park here,” Anderson said. “There was a huge gulf in the community. When I was superintendent I said we need dog parks. We instituted dog parks. I think there’s a place for dog parks. But not at a park named after the Reverend Martin Luther King Jr.”

The Minneapolis park board asked Anderson to lead a series of community conversations about the issue.

Among the outcomes was the creation of a community council to help infuse Dr. King’s spirit into programming and improvements at the park. When the time came to upgrade the playground facilities, the council embraced a pitch by local artists Shalette Cauley-Wandrick and Esther Osayande for a black history-themed playground. The council pursued the unique idea, funds were raised, doubters were convinced, and in the summer of 2015 the playground was installed in Martin Luther King Park.

The play area includes a climbing structure that is a reproduction of the Edmund Pettus Bridge in Selma, Alabama. The real bridge was the site of dramatic demonstrations at the climax of the Civil Rights Movement. The designers also showcased Minnesota’s unique African American history with railroad cars that tell the story of Minnesota’s legendary black inventor Fred Jones. Among other delightful design elements are peace signs, interactive musical features and steps made from large reproductions of books written by African American authors. A central element to the playground is a climbing structure shaped like a snowcapped summit that includes the likeness of Dr. King, allowing the late leader to look over the diverse playmates from his oft-quoted "mountaintop."

Like America, this park has seen struggle and progress: from its origins as Nicollet Field, through the tumult of the '60s, the damages wrought by the interstate freeway, being among the first places to take on King's name and then reemerging even stronger after a divisive dog park debate.

The park’s nearly half-century-old "Freedom Forum II" sculpture will eternally ask Dr. King’s question: "How do you go about loving your enemies?" This community has decided you play with them. 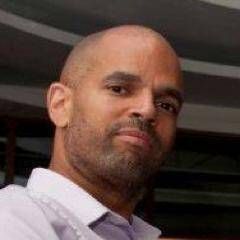