Couldn't Be More in Love? Go to Couples Therapy Anyway

Young couples are heading to therapy together at higher rates

In some ways, Beverly Friedmann and her partner were like most couples who go to couples counseling.

They were struggling with communication and fighting over little things that didn’t matter. They didn’t agree on how to handle finances and looking for an apartment was a big challenge.

"We had some immature things like text fighting or, not necessarily jealousy, but differences with our friends and who to invite to this or whether to go to that," Friedmann said.

As people in their mid-20s, it’s not surprising they had what Friedmann calls immature disagreements. Though they were engaged, they weren’t a long-married couple with kids and a lengthy relationship history.

They both recognized they could use some help.

So, after a friend recommended counseling, Friedmann brought it up to her then-partner and they decided to give it a go.

They didn’t know it at the time, but they were part of a growing trend among couples under the age of 40 who are turning to relationship therapy.

More younger couples are seeing therapists together due to a destigmatized view of therapy, said Carly Claney, a licensed clinical psychologist in Washington.

A little more than half of millennials ages 23 to 38 have attended marriage counseling, according to a survey of 1,000 couples conducted by MidAmerica Nazarene University.

"I think they see counseling like they see going to the gym. People want to know themselves, they want to be growing and therapy can be a place for that.”

A history of therapy helps

Sitting on the therapist’s couch isn’t as rare as it used to be. And that's helping to make relationship counseling a more obvious choice for couples, too.

“Whether it’s on Reddit or Instagram or some other social media, you see people talking about their mental health in a big way,” said George Ball, a licensed psychologist with Heritage Counseling in Texas. “Instead of suffering in silence about a trauma that happened to them, it’s much more in the open now and reduces the stigma. They look to older generations and see what they did wrong. They aren’t going to be silent.”

Many couples who seek counseling together have experience with therapy outside of the relationship, Ball said. That can help when they sit on the couch together.

“I’m often not the first therapist they’ve seen,” Ball said. “If they’ve done individual counseling before, they know the ground rules. They know about confidentiality and the need for motivation. They know how to be introspective, maybe more so than someone who hasn’t been in therapy. They have a better idea of their part to play.”

Karen Hogg was 22 and engaged to be married when she first participated in couples counseling with a local pastor. Since marrying in 2017, she and her husband have done a couples retreat. They also continue to meet with a couples bible study group that often doubles as therapy.

Her previous experience with counseling made the idea of going to counseling as a couple feel pretty straightforward.

"When we had communication issues, it seemed obvious to me," Hogg said. "You don’t know how (your marriage) is going because you’ve never been married before, so it’s nice to have somebody that’s an expert telling you what’s normal and what we should know.”

[ICYMI: If You're Getting Back With an Ex, Do It Right]

Start sooner rather than later

Counseling doesn’t need to be a last-ditch effort to save a relationship.

"People don’t need to be on divorce’s doorstep to see someone,” Claney said.

“When people go to counseling at a younger age, there’s less that they need to undo. They just are focused on, ‘How do we set this up well so we can love and grow together?’”

Therapy sessions can be used to develop skills you can have ready when a relationship hits rocky patches, rather than as an emergency brake when a couple’s world feels like it's falling apart.

“I’d definitely recommend it to anybody considering it, even if there’s no specific issue but you’re thinking of moving in with someone or getting married,” Friedmann said. “We could probably all use some therapy.”

Though she and her former partner never married, couples counseling proved to be an invaluable tool.

“All relationships take a lot of work, and with any therapeutic process, it’s not about just expecting to immediately change behaviors but it’s more about gaining new insight and tools to do that work at home and on your own," she said. "That’s what was helpful for us.”

Lots of young adults went through their parents' divorce and are trying not to repeat the process with their own partners. Therapy can give a couple another chance at a happy life together.

Our high divorce rate — about 39 percent these days — has led to divorce being destigmatized, too. But Ball says any person who's gone through it will still tell you it’s something to avoid at all costs.

“When you see the aftermath of divorce, that causes people to be motivated to not fall into that pattern,” Ball said. 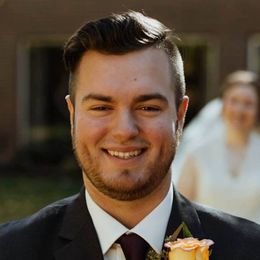 Jake Schultzis a writer, photographer and baseball watcher. He works for a newspaper in Minnesota, home of great campsites and craft beer. He's the guy that dances awkwardly but emphatically at weddings. His list of podcast subscriptions would probably stress you out.
Are you here? So are we!