The times, they are a-changing. Cohabitation, living together without the commitment of marriage, has become increasingly common and not nearly as stigmatized as it used to be. Over time, perceptions have changed. And, for some couples, there isn’t a rush to get married—more people in the U.S. are waiting longer to tie the knot.

While the U.S. marriage rate stays steady at 50 percent, in 2016 the median age for a first marriage was 27.4 for women and 29.5 for men, seven years more than the median ages in 1960, according to a Pew Research Center data analysis. More adults are living with their partner instead of getting married.

Some consider living with their partners to be just as beneficial as marriage. Census data shows that the number of people in the U.S. who have never married is at a historic high—one in five adults ages 25 and older had never married. And one-in-seven never-married adults say they don’t want to get married.

But that's not stopping people from falling in love and having children. There are more adults living together, and raising children, outside of marriage.

The average U.S. family is changing. With divorce, cohabitation and remarriage on the rise, the married, two-parent household is no longer a given. Since the 1960s, patterns of marriage and family have shifted—today, many children live with a single parent, and people are expecting more from their marriages than ever before.

What's behind the trend?

Why are millennials more likely to live together unmarried than any other generation? There are lots of factors contributing to this, from financial to social.

Thinking about moving in together? It may not feel romantic, but discuss your current financial situation with your partner and figure out who will be paying for what right away. Drawing up an agreement before moving in can help later if there’s a debate over finances or one of you moves out. Knowing who’s responsible for what going into the situation can be comforting and lead to a more stable living arrangement.

And remember, moving in together isn't the silver bullet for a great relationship—just like getting married isn't. 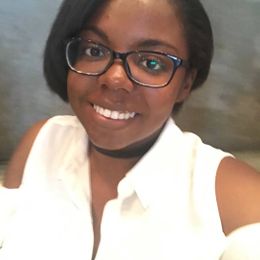 Liz Brown is a San Francisco-based writer and copyeditor whose day job is in marketing and communications. Her passion lies in finding the unique angle to every story. Follow her ramblings on Twitter at @lizb411.
Are you here? So are we!