Why You Should Consider Leasing a Car

News outlets continue to publish articles with headlines exclaiming things like “The End of Car Culture As We Know It Is Near: Millennials Stop Buying Cars!” And yet, at the same time, also running stories declaring that millennials are purchasing cars to facilitate their Uber or Lyft side-hustles.

So what's the reality? Research shows that car buying habits are not declining as drastically as publications have declared, but how younger folks finance their daily drivers is shifting.

How we get around

Goldman Sachs reported only 15 percent of millennials see purchasing a vehicle as imperative, with a following group of 25 percent saying it was important but not a priority. Another 25 percent reported they might purchase a car if they really needed it, but otherwise they were “indifferent.”

Meanwhile, 46 percent of millennial car-shoppers chose to lease rather than buy, 5 percent more than the U.S. average.

These findings echo conversations in my own friend groups. Some friends put their trust in public transit—for the sake of the environment as well as their own pocketbooks. Public transit is cheaper, and some workplaces offer a subsidy for taking transit to work.

Others think that bicycling is the way to go. Many cities are now bike-friendly and fat tire bikes allow cyclists to easily commute across all four seasons. Others who live close enough to their workplace walk. And then there are the gas-guzzling heathens like myself who drive everywhere.

Owning a car was a necessary evil when I moved to Minneapolis. I had gotten an apartment in the city but would be commuting to the suburbs for my advertising job. There was no easy way to get there without hopping a gazillion buses, and getting back at night after odd hours would be dicey.

So on a hot and humid July day I anxiously stood in the Honda dealership, signing over a precious $1,000 down payment to my new lienholder. I started my new job in a week and needed wheels, so like the millennial adult that I was, I went and looked at two cars my father had fastidiously researched on my behalf.

On the lot I found a 2009 Jetta Sportwagen boasting a mere 40,000 miles. The car was spacious and would fit any video production gear I may want to lug about in my new home state. It was an absolute steal, so with the Kelley Blue Book and my father’s stamp of approval I signed a small mountain of paperwork. I walked out with keys and thousands of dollars in loans that I hoped to pay off within five years.

At the time, it was a smart purchase. I had manageable monthly payments that would be gone in five years, and I would own the car at that time. In the meantime, I could drive anywhere I wanted whenever I wanted no matter how far away it was, and I was building credit. All in all, a good call.

To lease, or not to lease? That is the question

Fast-forward three years to a clear September night when my dear car was unceremoniously plowed into and totaled. Saoirse (my car) was no more. My dutiful car loan payments were for naught—I would never own that car.

Slightly battered and bruised I once again began the search for a new car. This time around, several sales reps tried to convince me to lease. I was skeptical. Leasing in my mind was for fancy, wealthy people who had spare cash to throw around—this seemed like what my grandmother would call a “racket.”

It turns out leasing is quite affordable and was the right choice for me. Within a week I waltzed out of the dealership with a lease to a manual 2017 Volkswagen Jetta S.

What changed? It came down to reframing my thinking around automobiles, as well as considering time, money and circumstances.

The savvy car salesman pointed out that a car, unlike most other financial investments, will only ever be a depreciating asset. It is worth less each year, and the work necessary to make it function increases annually. Leasing yields a newer car that requires fewer repairs, thus costs less. In fact, a lessee should only have to pay for a single oil change per year. At the end of the lease the car can be either returned, traded for a new vehicle lease, or purchased.

Most car agencies lease vehicles for a maximum of two years. This keeps the mileage down and the resell value high. As a result, if you’re considering a move within two years it may be worth leasing instead of purchasing, especially if that future destination has established public transit or extreme traffic congestion.

Leasing is significantly cheaper than outright purchase or loan payoffs. My payments decreased by $47 per month, and I opted for some of the additional payments that would make my life easier in the long run. Had I avoided those altogether I would have paid merely $100 per month to drive a 2017 foreign-made car for two years up to 12,000 miles per year. Not quite the “racket” I imagined it to be.

This category is the most wily because it is completely dependent on the buyer, their lifestyle, habits and commitments. Do you have kiddos you have to schlep to soccer practice? Do you live at least five miles away from any activity you do regularly? Do you work in the same city you live in? Is owning a car affordable in your location? Do you have to pay for multiple parking garages?

In my case, I regularly commute between two cities and my common destinations are not on direct public transit lines. I have free street parking at home and affordable, pre-tax garage parking at work. I do not have children and car maintenance and insurance are affordable for me. Minimizing the cost of car ownership was a sensible choice at this stage in my life.

The future of car ownership

From my experience and research, the automobile industry will not be going under due to millennials anytime soon. Still, 60 percent of my generation does not see car ownership as a priority anymore, a significant decrease from Gen Xers or Baby Boomers.

Some attribute this shift to climate change and seeing alternative transit as an active commitment to reducing their carbon footprint. Others simply cannot afford a car in the recovering market with the sizable student loans they have incurred.

On average, however, millennials are simply engaging in societally “normal” life events like marriage or home ownership later than generations prior (often on the other side of 30), and so similar asset purchases like car ownership shift, too.

Millennials are a generation that came of age during the height of and aftermath of the recession, so their tendency towards thriftiness should come as no surprise. When asking “to buy or not to buy” regarding transportation, the common thread shows they are intent on getting the bang for their buck in the short term, whether that be through public transit, car ownership or leasing. 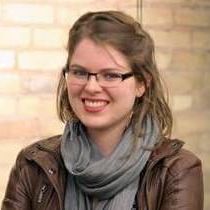 Diana Fraser
Are you here? So are we!