Why Are There Judges on Your Ballot?

You’re flipping through the voter pamphlet you just got in the mail, past city council candidates and ballot initiatives, when you notice on one of its newspaper-thin pages some names you've never heard of before. Apparently, they're local judges. Wait, what?

They get less news coverage than other races, but, across the country, many judges face public elections, too, and could appear on your ballot Nov. 6. Who gets to be a judge is profoundly important, because judges decide important cases with consequences for individual people, the law and civil rights.

Every state has its own ways of selecting judges at different levels. Some use non-partisan elections, meaning that judges appear on a ballot but don’t disclose a party affiliation. Others turn to nominating commissions that give the governor a list of potential appointees, while still others rely on governors selecting judicial candidates directly; partisan elections, when judges run as members of political parties; hybrid methods that combine appointment and elective processes; or legislative appointment, when a state's legislature is tasked with appointing judges.

Thirty-nine states use some form of election at at least one level of their court systems. The Brennan Center at New York University’s School of Law offers an interactive map where you can check what methods your state uses to select judges for the State Supreme Court, intermediate appellate courts, and trial courts.

Sometimes judicial elections are fairly casual, and voters basically rubber-stamp a judge staying on the court. At other times, judges may come under harsh spotlight for their decisions on controversial cases, like in the case of Iowa’s 2009 Supreme Court ruling in support of gay marriage, when voters ousted three judges who had contributed to the unanimous ruling.

Should we have judicial elections at all?

After Iowa Supreme Court justices ruled unanimously to legalize same-sex marriage in the state, three of them were voted out the next year. This was cause for concern for people who believe the courts should be defenders of minority rights—judges may rule differently if they’re worried about backlash from angry voters, or about securing campaign financing from well-heeled supporters with special interests.

Because of that, some critics believe judges shouldn't be up for election at all.

In her opinion, “electing judges is never a good idea."

"Judges should be faithful to the law as they understand it, not to a political party or to those who finance their campaigns,” she said.

Lambda Legal, a civil rights organization that advocates for the LGBTQ community and people living with HIV/AIDS, criticizes judicial elections for exacerbating partisan bias, negatively affecting criminal justice by incentivizing more severe sentencing (for example, judges may seek to paint themselves as “tough on crime” and dole out harsher punishments) and decreasing diversity on the judicial bench.

Growing up in Texas, Joe Nation saw judges' campaign signs that said things like “Tough Law-and-Order Conservative Republican,” he said. In his experience, partisanship and outside money in judicial campaigns increased “opportunities for mischief.”

Nation is now a professor of public policy at Stanford University and project director at Stanford’s Institute for Economic Policy Research. Before that, he served as a member of the California State Assembly. As a part of California's governing body, he authored legislation that would change the way judges are selected in the state.

“I’ve always thought that we ought to insulate the judiciary as much as we can from politics and from the political process,” he said.

He advocated for governors to make judicial selections instead, with potential checks on that power in the form of approval from the state legislature and opportunity for voters to issue recalls in situations of misconduct by judges.

What should voters look for in a judge?

Even though it's a controversial issue, there are probably going to be some judges on your ballot. So how do you make the right choice?

There are a few things voters should keep in mind. One is that judges are not politicians, and you shouldn’t evaluate them like they are. You look to a politician to express alignment with your views and values. But judges are supposed to approach every case with impartiality, not through a lens of pre-decided political opinions.

“Judges ought to be evaluated almost entirely on two factors: on independence and temperament,” Nation said.

“You want someone who’s even-tempered, who’s level-headed, who doesn’t veer off radically in one direction or the other. Someone who has that independent backbone, who can say ‘I’m going to do this even though a lot of people disagree.’”

Judges' records are important, too.

“Voters should choose those judges whose previous legal careers demonstrate that they are open-minded, having a record of dealing fairly with people of all backgrounds, not beholden to any particular interest group, and admired and trusted by their peers and by those which with whom they have interacted professionally,” Greenhouse said.

Finding this kind of record can be challenging, since judges may not have as public a profile as other candidates.

Rice also suggested reading up on the kind of law a judicial candidate practiced before running for the judgeship and what cases they worked on.

Through their interpretations of state law and the sentences they hand down, judges have the potential to set long-lasting precedents and spur social change. Because of that, judicial elections shape our future.

Don’t give into the temptation to skip that section on your ballot or just vote for the first name you see. Instead, roll up your sleeves and do the research. We might live in hyper-partisan times, but one thing we can all agree on is the importance of fair and balanced judges. 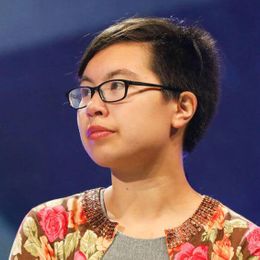 Adora Svitak is a Bay Area-based writer with a long-standing passion for education, feminism and youth empowerment. She has presented to audiences at the United Nations Economic and Social Council’s Youth Forum, TED and numerous education conferences around the world. Adora studied international development, South Asia and creative writing at the University of California, Berkeley. She blogs at adorasv.blogspot.com and tweets @adorasv.
Are you here? So are we!