Talking about race with family can be especially difficult for transracial adoptees.

When she was 9 years old, Roselane Da Silva-Miller was adopted from Brazil into a multiracial family in Corvallis, Oregon.

Her parents and three of her siblings are white, while two older siblings were adopted from Korea and Brazil. Da Silva-Miller was the only Black girl in her elementary school.

Today, she can't remember having any specific conversations with her family about race during her childhood.

"I don't really have any memories where we sat and said, 'You're Black, and I'm white,'" she said.

"I know the questions would come up, because obviously I was old enough to see that I was different, but it was always like, 'Oh, you know, we don't see color.'"

Now, in the wake of George Floyd's death, transracial adoptees across the country are starting to have difficult conversations with their families about systemic racism and social justice.

A common experience among transracial adoptees

Other transracial adoptees have noted that their parents refused to acknowledge racial differences or engage in discussions around race while they were growing up.

"If we walked into a restaurant, my parents weren't stared at — I was," Sultana said.

Sultana became hyper-vigilant of her environment and the ways in which she was perceived as different. She also experienced incidents of overt racism, including being stereotyped as an undocumented immigrant from Mexico.

For Korean adoptee Katie-Rose Nunziato, race wasn't discussed among family members while growing up in New Jersey, unless it was in regards to their adoption.

Their mom tried to normalize their racial difference by commenting on how beautiful their eyes were. For Nunziato, this gesture was well-intentioned but reflected a lack of consciousness and came off as supporting the racial stereotype of Asian women as exotic.

The influence of adoption agencies

According to Moses Farrow, a Connecticut-based adoption therapist and Korean adoptee, the lack of conversations around race in transracial adoptee families can be attributed to the adoption industry itself, and to the "white savior complex" of prospective parents.

"In that context of saving children, adoptive parents are told, 'Now they're yours, raise them as your own,'" Farrow said.

CHLSS encourages families to think about their communities, find concrete ways to connect with people who have similar ethnic backgrounds to the child or children they're adopting, and to reflect on their own privilege and biases.

"The voice of adoptees has been so instrumental in shaping everything that we do, especially listening to the Korean adoption community as they grew into adulthood and were experiencing acts of racism and microaggressions," Berg said.

Nunziato's recent conversations on race have gone well because they believe their parents value what they say and are open-minded. However, Nunziato said their extended family is a "different story."

"(My parents) learned through my experience and see me as a fully-fledged human, as opposed to my extended family, who only see me on holidays and … don't have to reckon with my relationship with the rest of the world on a daily basis," Nunziato said.

The situation with Nunziato's extended family eventually led to an argument with their parents, who voiced concerns over causing conflict within the family. Afterward, their parents and grandparents emphasized support for Nunziato's perspective and social advocacy work.

Da Silva-Miller's recent conversations with her family about protests and race haven't gone as well. Family members haven't called to check up on her besides discussing the protests near her home in Washington, D.C.

"My sister sent me an 'I love you' text, but then on Facebook she said something about the cops," Da Silva-Miller said. "In one text you're telling me you care about me, but then you're showing me something different."

Sultana feels like she's constantly fighting a losing battle when she discusses race with her extended relatives. They are politically conservative and don't support the current protests.

"It hurts a little bit," Sultana said. "It's a weird hurt, because you know they love you but at the same time, it's like, 'Do you even accept me?'"

The role of parents in conversations about race

According to Farrow, it's important for parents to initiate discussions on race with their adopted children. They also need to facilitate conversations with extended family members about support and acceptance in light of recent events.

With regard to the current reckoning with racial justice, Berg hopes parents who adopted children through CHLSS are having difficult conversations and following the agency's advice for establishing same-race communities and mentors.

"I think what's going on here is really just demonstrating that white privilege exists, that even if there's not overt racism, there's microaggressions, that there's systemic racism that impacts their child," she said.

Editor's note: A previous version of this article identified "transracial" adoptees as "interracial." While the term interracial is sometimes used in this context, the term transracial is preferred by experts and scholars in the field of Adoption Studies. We have updated the text to reflect this correction. 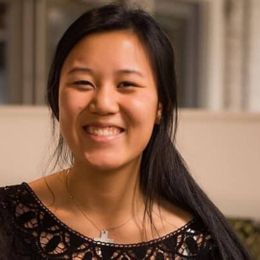 Rachel Priest is a freelance writer and Chinese adoptee with a passion for history, travel and photography. She enjoys writing about diversity, food and culture.
Are you here? So are we!