How Instant Messaging Saved My Friendship

From AIM to Google Hangouts, instant messages have kept me close with my long-distance BFF.

How often do you talk to your best friend? Between texts, phone calls, FaceTime and constant meme-sharing as COVID inhibits IRL hangs, likely a lot.

I'm a pretty active communicator but, when it comes to my best friend Suzi, our preferred method of communication is something oddly "old school": instant messenger.

There's been an incredible amount of technological advancement during our nearly 20-year friendship, but something about this middle school-era communication has stuck with us. In fact, instant messenger likely saved our friendship.

A friendship built on IMs

Suzi and I first connected in high school, mostly in passing as weird performance kids, though sometimes we bonded over joints, our Jewish families and a stereotypical yearning for a more exciting life outside our suburb.

In those days, before texting and social media, when cell phone minutes were limited, we IMed. We came of age in the era of AOL Instant Messenger and had pretty active lives online. (Her first screen name was Bizkitbabe94583 and mine was Groovygirl133456 — apparently there were quite a few groovy chicks on AIM.)

By the early 2000s, AIM was less a novelty and more a digital haven away from the prying ears of your folks — though mine learned I smoked weed for the first time when the screen froze in the midst of IMing a friend about it on my dad's computer (amateur move).

Suzi and I mostly lost touch when she graduated high school two years before me, but we reconnected in 2008 — the summer she graduated college and I was looking for an apartment in Oakland.

We fell into an easy camaraderie and moved in together that August, quickly developing an intimacy and the unbridled loyalty particular to young female friendships. We hung out all the time, created an untold number of inside jokes and fought — usually about Suzi being too messy and inconsiderate, me being too rigid and judgmental.

We also shared our deepest secrets and helped support each other through bad relationships, health crises, the tragic death of Suzi's father and my parents' acrimonious divorce. And while much of this processing happened in our apartment, a lot of it also happened online.

At that point, I was in my third year of journalism school and Suzi was working at a tech co-op. While texting all day wasn't appropriate, messaging over Google Talk (aka Gchat, which had been around for about four years) was a much more respectable distraction.

Our messages from those early years were excitable, constantly overlapping word vomit and almost impossible to follow today. Schedule coordinating was often interrupted by dating gossip; weekend plans were punctuated by inside jokes or complaints about work and our families.

Our friendship was deepened, perhaps more quickly, by the ability to talk all day without looking unproductive.

The staff at my first newspaper job also used Gchat, and I quietly snuck other desk-bound friends and family onto my company email chat list. Of course, Suzi had top billing.

By then, our IMs were less randomized thoughts and more of a platform to chat about issues large and small in a stream-of-consciousness. I prayed that my office-mate wasn't looking over my shoulder, catching sordid details about some hot sex, a wild party or painful family drama.

Hangouts: 'A diary of my deepest friendship'

Just as Gchat evolved into Google Hangouts, so too did my friendship with Suzi. After living together for six years during our early-to-mid 20s, we'd hit a wall.

I moved out of our craftsman bungalow and in with another friend, ready to put our friendship on ice. Thankfully, Suzi didn't let that happen.

After some thoughtful distance, Hangouts enabled us to get back into the groove of our unique relationship. From my kitchen table or homemade standing desk, I could tentatively field IMs from Suzi and send her missives from my own "new" life across town.

As verbose gals, we'd of course process our "breakup," but Hangouts provided an easy space to continue our friendship with a sense of normalcy — no big confrontation required.

In 2016, we both left Oakland for different states — Suzi to Colorado, me to New York. With the advent of Slack and my arrival on Instagram, nearly everyone I'd previously chatted with on Hangouts had dropped off in favor of a different platform. Yet my Hangout with Suzi remained.

With the ability to ping each other across time and space — particularly when we could only see each other in person once a year and had radically different schedules — Hangouts kept us close in a way texts, social media or even hours-long catch-ups over the phone couldn't. The platform remained an intimate place just for us, made even easier by our quick typing skills.

I get a special feeling when I see the little Hangouts icon atop my phone, or when my Gmail blinks with the arrival of a random slice of life from Denver.

And even though we each disabled our chat histories long ago, it's cool to look back on our remaining messages to see the evolution of our relationship and communication style. Hangouts became a diary of my deepest friendship.

Recently, while avoiding an assignment and reflecting on methods of communication during COVID, I messaged Suzi some half-baked thoughts on the importance of Hangouts:

I was just thinking about how you're the only person I talk to here and how nice it is just to hop on and bug you whenever.

I imagine Suzi's eyes widening as she read my message. She replied:

Wait a second. I thought you wanted me to stay on Hangouts because you talked to lots of people here. I find [Hangouts] completely distracting.

Suzi, wonderful friend she is, had been foregoing her own sanity, for my sake, for years. She finally demanded: GET ON TELEGRAM.

With just a hint of sadness and begrudging luddite will, I closed our Hangout and signed up for a Telegram account. Suzi rewarded me with easily inlaid gifs, cool stickers and even video — prizes for upgrading to a more feature-rich messaging service.

Thank you for your sacrifice, Suzi typed humorously.

The things we do for love… 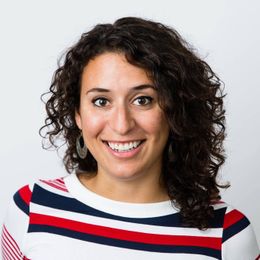