Hyannis Country Garden is a Family Business With Deep Roots

Jocelyn Duffley was no stranger to Hyannis Country Garden when she took over as president and general manager. But that didn't make the transition any easier. It was her first time running a business — and many of the employees were family members.

To increase the challenge, Duffley was taking control at a time of economic turmoil. The 2008 recession hit the family business hard and, even a few years after, it had yet to right itself. She had ideas to turn things around, but it would mean bringing a rigor to business policies and practices that might be chafing to some.

Could she manage the family and the business and help both thrive?

A case for change

R.W. Griffith Jr., Duffley's grandfather, established Country Garden in Hyannis, Massachusetts, in 1965. It began as a fruit and vegetable stand by the road and eventually grew into a lawn and garden nursery.

"We're on Cape Cod, it's a wonderful community, and a beautiful, beautiful place," Duffley said. "A lot of Cape Codders are outdoorsy, you get a lot of bike trails, hiking trails, gardening... We try to make gardening available to everyone."

Duffley grew up filling odd jobs at the garden center, first working with the plants and as a cashier, eventually working in every department. She didn't have a defined role within the business. And with so many family members also filling the ranks, it was hard for Duffley to see a path for herself at the company. She pursued other opportunities instead, heading to college and then into the workforce.

But in 2012 she returned to the Cape and took over as bookkeeper for the beleaguered business. She applied her graduate management training and started seeing opportunities to turn things around. People noticed her efforts and in 2013 the board unanimously voted her president.

Change management and conflict resolution are complex issues for any small business, and Duffley was asking family and staff members who had been there for decades to adapt. A benefit of her particular family was they gave her the space to try and assumed good intentions.

"No one wants to change, especially when you've been doing something for 30-odd years a certain way, and then, your niece comes in and says 'No, we're going to do it this way,'" said Michael Preston, Duffley's uncle and the store's aquatics manager. "But, to support her and to stand behind her, looking at the big picture, that it's better for everyone, then yes, you go along with the change. Even if you don't agree with it."

Country Garden has rebounded, finally, and with Duffley's focus on cash flow and marketing, business is better than ever. Last year was record-breaking for the 54-year-old company, and they're focused on what's next.

"Coming in to my role at that moment shaped me as a manager, but we have to enjoy it too, and we can't be scared of growing."

This video is part of America’s Entrepreneurs: Making it Work, a Rewire initiative made possible by the Richard M. Schulze Family Foundation and EIX, the Entrepreneur and Innovation Exchange. 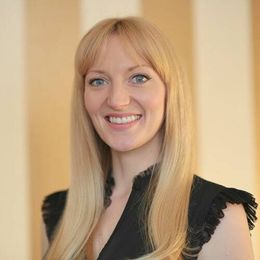 Alauna Yust has worked in television and radio and currently produces StorySLAMS for The Moth in the Twin Cities. She and her husband are fixing up an old farmhouse while building a Roma-inspired tiny house on wheels. Alauna loves traveling, anything that glitters, and everything about her dog Lola. Most likely a Ravenclaw.
Are you here? So are we!