Why You Should Quit Soda, and How to Do It

People in the U.S. are buying less soda than ever. For the past 12 years, sales have been on the decline as consumers quit soda, purchasing more bottled water and healthier drinks, according to Fortune.

If you love soda (or pop, if you’re from the Mid- or Northwest) and drink it regularly, chances are you’ve been told it’s bad for you. Maybe you’ve thought about stopping, or at least cutting back, on your intake.

But why? For most people, the issue is sugar.

How sweet is too sweet?

A study published in 2009 by the National Institute of Health found that the average American consumed 22 teaspoons a day of added sugar. Healthy Food America, a non-profit that aims to use scientific evidence to change food policy and industry practices, said that 46 percent of this added sugar comes from sugary drinks.

Soda and other high-sugar beverages are also heavily marketed to children, and consumption is higher among lower-income and minority populations. Heavy soda intake can become a larger problem when compounded with other health issues and lack of access to adequate health and dental care.

Ironically, diet soda, which contains artificial sweeteners, can raise blood sugar as well. In 2014, faculty of the Weizmann Institute of Science in Israel published their findings on how diet soda changed blood sugar levels by dramatically altering the balance of gut bacteria (which is important for both digestive and mental health).

Even the occasional soda drinker notices the buzz that follows drinking a sugary beverage. Some people even prefer soda over coffee as their early morning drink of choice. But other effects are less immediate, and they can range from mildly annoying to life-threatening.

Megan Samson, a nutrition and health education specialist for the University of Missouri Extension, said that some of the negative side effects of consuming excess sugar are increased heart rate, difficulty sleeping, irritability and nervousness. Long-term effects can include high blood pressure, high blood sugar levels and an increased risk of diabetes and heart disease.

Of course, sugar itself isn’t bad, especially in moderation. But drinking one regular soda (which is considered to be 12 ounces and about 150 calories) every day adds up to about 30 pounds of sugar in a year.

Another problem with soda is that, while it might give you a temporary energy boost, it's not providing your body any real fuel to get through the day.

“High-sugar drinks are considered ‘empty calories’ because they have very low nutritive value,” Samson said. “A soda will not satisfy hunger, so that could lead to consuming extra calories as you might eventually choose an additional food to finally satisfy our hunger.”

In other words, drinking a lot of sugary beverages can lead to taking in more calories than you need.

“Benefits of making the switch to a healthier drink choice could potentially be a boost in your nutrient intake, better hydration, decreased caloric intake leading to weight loss and sustained energy throughout the day,” Samson said. “Making the switch every day from soda to water or a calorie-free drink could lead to a weight loss of 15.5 pounds over a year.”

What’s more, another 2009 study by the NIH concluded that “excessive intake of soft drinks could cause complex dental consequences including dental erosion” and cavities.

How to cut out carbonation

Don’t feel bad if you have difficulty cutting back on soda—studies have found that parts of the brain activated by a craving for an addictive drug are similar to those activated by sugar cravings.

Luckily, there are ways to curb your soda intake that may even be less painful than the bubbles that burn the inside of your nose.

For example, because quitting anything cold turkey can be difficult, substituting soda with a healthier drink at least once a day is a good strategy.

“If you are someone who regularly consumes soda, then occasionally make the switch to water or a low-sugar drink like low-fat milk or unsweet tea,” Samson said. “Eventually, you might decide to make the switch more often, and then your soda drinking habits could change from being an ‘always’ food to a ‘sometimes’ food."

There may be times when water, despite its merits, just won’t cut it—after all, you’re dealing with a part of the brain that has been accustomed to sugary treats. If this is the case, try occasionally substituting soda with a piece of fruit.

“The fiber in whole fruits helps to slow absorption of sugar and potentially prevents lethargy caused by that drastic rise and fall of blood sugar levels that a high-sugar, low-fiber soda would cause,” Samson said.

If you’re searching for kid-friendly resources for cutting back on soda, Samson recommends the Rethink Your Drink campaign from the Action for Healthy Kids organization. The resources include a goal worksheet for drinking more water and ideas for making flavored and fruit-infused water.

Want to learn more about sugar? Experts think we should be cutting it out of our diet in other ways, too. 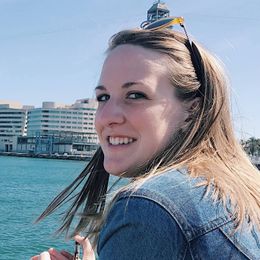