Be Persistent: How to Keep Fighting for Black Lives

There are many ways to support the Black Lives Matter movement.

"I knew that I wanted to help others, but I did not think I could do much," Whitten said. "I was a young 20-something with no job, no degree, no driver's license, nothing. I believed that my voice didn't matter."

Before joining the protest, Whitten, who had survived childhood abuse and homelessness while growing up in Virginia, felt they had nothing to live for.

But, after five weeks of marching in Portland, Whitten says they came to realize that every person can make a difference.

"People from all walks of life … were getting together to speak up and make a difference," Whitten said. "From that, I could tell that my voice did matter, and when I shared my story some people listened, and that empowered other people to take action."

Floyd's death has brought worldwide attention to the Black Lives Matter movement and social justice. If you're just beginning a journey of learning about racial inequities in America, it's easy to feel like your actions won't make a difference in solving these problems.

"Systems have conditioned us to think that we're helpless, but the truth is our power is rooted in organized money (and) organized people," said Charlene Mack, vice president of movement building at WEPOWER, an organization that addresses systemic issues in education, healthcare, economic opportunity and the justice system for people of color in St. Louis.

You don't have to found a nonprofit or lead a protest to start working towards a better future for all. Here are a variety of ways to start getting involved today.

Educate yourself and check your privilege

For non-BIPOC folks who want to join the movement for racial justice, it's important to do so respectfully and to not center yourself.

Before springing into action, take time to educate yourself to ensure you are not causing harm to BIPOC individuals in activist spaces through microaggressions.

"We are living during a time where a lot of folks are grappling with painful realities," Whitten said. "Even during our most challenging times, we can channel our resilience and show our best selves."

You can self-educate about racial justice and the history of social and economic inequality through books, podcasts, online articles or however you best absorb information. Hearing directly from Black voices is one of the best ways to learn about being a good ally.

Be sure to also examine the full extent of your own privilege, and think about ways you can use that privilege for the benefit of others.

Find your place in the movement

"We often just see the 10,000-person marches, but we don't see the organizers having 30 one-on-ones a week to help get to that place. We often don't see the strategic work that's happening behind the scenes," Mack said. "But all those different pieces matter."

If you're interested in getting involved, Mack suggests doing a self-assessment to identify the best ways for you to contribute to the movement. If you're outspoken, you could make a sign and hit the streets. If you're a good communicator, you could create an anti-racist book club and help educate others.

"It takes so many different roles to build a movement," Whitten said. "Just like any business might have multiple departments, that's the same thing for a social justice movement."

Whitten also recommends teaming up with like-minded people and sharing the work together.

"That is my biggest lesson to share with folks: Go together."

A state-wide newspaper published an op-ed calling them a "sideshow" whose demands — to waive fines against a homeless camp, to pass the first-ever housing bond for the city, and to place a moratorium on foreclosures — were "impossible."

Eight years later, all three demands were made possible, thanks to activists like Whitten.

"The changes take forever," Whitten said. "You have to position yourself for how you can be a sustaining member of advancing justice."

Folks have spent years working to support the Black Lives Matter movement and expose police brutality, so don't be discouraged if you don't see immediate results. That simply means there's still more work to do. 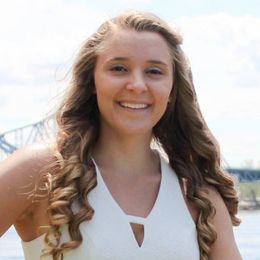