What Can Google Street View Teach Us?

If you take a few seconds to think about it, the creepiness of Google Street View is probably not lost on you. Maybe you've seen the spooky house at coordinates 45.541821 and -121.024247, or the "body" being dragged into the water at coordinates 52.376552 and 5.198303. Google Street View is an example of an addictive yet invasive tool that initially felt violating, but now is just the norm.

Now, to some people’s "Black Mirror"-fueled paranoia, new technology can synthesize the data gained from Google Street View to learn even more information about us—right down to our political ideologies.

The data collected by Google Street View can be used to determine the political leanings of neighborhoods based on what types of cars are parked on the streets, according to a study by Stanford Vision Lab.

Do our cars and our politics align?

Stanford associate professor Fei-Fei Li is the author of the study and specializes in computer vision and deep learning—a type of artificial intelligence in which computers teach themselves to recognize three-dimensional objects in two-dimensional images.

She developed an algorithm to help computers recognize the make, model and year of every car made since 1990 in more than 50 million Google Street View images taken in 200 U.S. cities. Li compared the data to presidential election voting data and found correlations between cars and political learnings.

Researchers believe the algorithm could help keep voter demographic data timely and save the U.S. government on door-to-door canvassing to conduct the American Community Survey, which costs more than $250 million a year. The algorithm can sort 50 million cars in two weeks—something a human would need 15 years to accomplish.

Although it might be able to decrease survey costs, others aren’t so sure the algorithm would paint an accurate picture of their communities. Sarah Marusek, associate professor at the University Hawaii and author of "Politics of Parking: Rights, Identity and Property," said the data relies too heavily on stereotypes to be of any value.

“This would be contradicted by social science,” she said. “Newer cars would signal a progressive political stance, but some people really take pride in their 300,000-mile Subaru.”

The study dismisses that fact that some people have restricted options when picking a car because of income, she said. Many college campuses are home to old, inefficient cars because that is all students can afford, but college campuses also tend to be liberal.

Marusek also noted that the car of choice for many Hawaiian locals is a pickup truck, but Hawaii is also a very blue state. The algorithm would completely misread her home, she said.

Street View images of our cars might also be able to help scientists monitor pollution levels and traffic all over the country.

Leila Hawkins, an associate professor of chemistry at Harvey Mudd College, said the number of Street View images and how easily accessible they are make them a valuable resource. And the algorithm is a powerful tool.

Every car has a different pollution footprint.

“Information from emissions inventories for each make and model of car could certainly be used to estimate the emissions, on average, from an area based on this computer vision technology,” Hawkins said.

She noted that estimating emissions and traffic would require researchers to assume how much each car is being driven. Additionally, cars parked in garages wouldn't be taken into account. 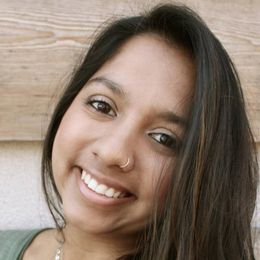