Fertility and Egg Freezing: What You Need to Know

Freezing your eggs sounds appealing, but there are significant costs and risks to consider.

If you've ever thought of freezing your eggs, you're not alone. Egg freezing, a rising trend among women in their 20s and 30s, offers the chance to safeguard healthy eggs for when you're ready to use them.

Preserving your fertility when you're not ready to have kids sounds appealing, right? A sort of time capsule that helps you accomplish the things you want to before the diapers and sleepless nights.

But in the age of egg freezing parties and upscale boutique-style clinics, freezing your eggs is still a serious medical procedure. Your fertility is important, but there's a lot to consider when it comes to freezing your eggs for the future.

Most experts agree with the American Society for Reproductive Medicine recommendations: If you're going to freeze your eggs, it's best to do it before you hit 38. This is to decrease the chances of having to do multiple cycles because of poor egg quality as you get older.

The quality of your eggs refers to whether or not they're chromosomally normal. A normal egg contains twenty-three chromosomes. When it's fertilized with sperm, that resulting embryo should then have a total of forty-six chromosomes.

This is important because the majority of miscarriages happen due to abnormalities in the chromosomes. And according to Dr. William Schoolcraft, founder and medical director of CCRM Fertility, by the time a woman is 40 years old, only about 10 to 15 percent of her eggs are considered normal.

Bottom line: If you're on the fence, and you're in your mid-30s, don't wait too long to think about it.

It's easy to gloss over the price point when talking about egg freezing because you're told while your fertility is important, you can also secure your future while you travel, find a partner or advance your career.

Unfortunately, the cost of egg freezing is usually not covered by your insurance unless you work for a company that specifically provides these benefits. And most insurance providers won't pay for an egg retrieval unless you have a medical reason. This means you're dishing it all out of pocket, averaging about $30,000 to $40,000 for treatment and storage, according to FertilityIQ.

"The costs can be quite prohibitive, and many people have to undergo multiple cycles to get enough eggs to freeze," said Dr. Diane Tober, an assistant professor at UC San Francisco and author of Romancing The Sperm: Shifting Biopolitics and the Making of Modern Families.

Those who can afford to, Tober says, either have insurance coverage, freezing benefits from their employer, expendable income, or they take out loans or use credit cards to pay for freezing.

There are unknown risks

The egg freezing process itself is a relatively safe procedure, but the biggest risk comes from the stimulation of the ovaries to produce follicles.

​"Risks for complications are higher when people are aggressively stimulated to produce more eggs or if their body has an aggressive response to fertility drugs," Tober said.

It's the potential long-term risks that doctors just don't have much information on when it comes to egg retrievals because of the lack of these types of long-term studies. Meaning, we don't know the effects of this process that could occur years down the road.

Tober wants more people to be aware of the risks of egg freezing.

"(People) feel more or less informed about the short-term risks, but not necessarily well-informed of the long-term risks," Tober said.

"They say the risks of severe ovarian hyperstimulation syndrome are less than one percent, ​but in actuality, severe OHSS appears to occur more frequently than that. And that one percent number doesn't even take into account all the other potential risks."

Be cautious with posh boutiques

There's been a rise in boutique-style clinics in the U.S., and while they do offer some hormone testing to see if your eggs are good candidates to be frozen, there are other things to consider when it comes to your health, such as the freezing process itself.

Schoolcraft explains some boutique egg clinics might only do the retrieval and freezing, and not actually complete the process of fertilizing the eggs with sperm. If they don't, you'll have to think about where to ship those eggs — which can be expensive — so that another clinic will finish the process.

But, Schoolcraft added, "people need to keep in mind that many fertility clinics will not accept eggs frozen by boutique egg freezing clinics because they don't have the confidence in the quality of the freezing technique used by the boutiques."

The uncertainty of success rates

The reality of freezing eggs is that not all of those eggs will fertilize and become embryos for a variety of reasons. And it's hard not to compare those numbers against other people you know who have gone through it.

"This isn't a competition," said reproductive endocrinologist Dr. Aimee Eyvazzadeh, "and you can't create more eggs than you already have. That's really hard for people to understand until they meet with a fertility doctor."

Egg freezing can definitely give you hope, but it's not a guarantee of a baby. In fact, the American Society for Reproductive Medicine issued an opinion warning in 2018 that egg freezing might give people false security about their ability to get pregnant down the road.

"There are not enough people talking about both sides of the equation here," said Eyvazzadeh. "Egg freezing is not about control. It's about options, and options do not equate to a guarantee." 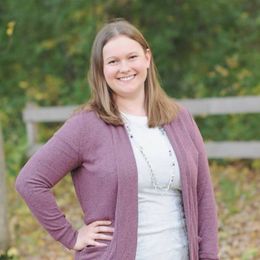 Risa Kerslake is a freelance writer and nurse from the Midwest who writes about parenting, mental health, wellness and fertility topics. Find her at risakerslakewrites.com.
Are you here? So are we!