No, I Don’t Have To Choose Between Being Muslim and Being Queer

He's an avid mosque-goer and attends every Jumah prayer. He's politically active without compromising his personal safety. He's taller than 5 feet, 7 inches. And, not to mention, he made it to his late twenties without showing any signs of balding!

There's just one small detail guaranteed to put a wrench in anyone's plans for marrying their daughters to him: Khaled is gay.

The fact that Khaled, whose name has been changed for this article, is both Muslim and queer should not be controversial. And yet, many members of my community view his sexuality as antithetical to the teachings of Islam.

Like Khaled, I have also struggled with cultural stigma surrounding my sexuality.

"You have to choose between being Muslim and being queer," my Quran teacher in Cairo once said, urging me to resign my identity as a bisexual woman so I can follow the "right" path as a heterosexual Muslim.

My understanding of Islamic scripture is that there is great ambiguity surrounding queerness. While there are certain verses that some Muslims use to justify homophobia, there is nothing in the Quran explicitly condemning queerness.

So I can't help but wonder: If the rejection of queerness isn't spelled out in our sacred text, then why can't acceptance be the default?

I first met Khaled when we were college students in Cairo. Throughout our six-year friendship, we have tried to figure out what it means to identify as both Muslim and queer.

For me, coming out to my Muslim family would result in relinquishing all ties with them. For Khaled, it would create tension and discomfort with his mother and siblings. Moreover, he would be severing ties with his father and extended family forever.

Feeling pressure to choose one identity or the other, Khaled and I developed unhealthy coping mechanisms to deal with our insecurities. While I avoided religious spaces, expressions and practices, Khaled fiercely latched onto his faith by using prayer to suppress his sexuality.

Although neither of us do these things anymore, we still hesitate to enter traditional Muslim spaces for fear of undue judgment.

"Whenever I enter the mosque, I'm paranoid that someone knows I'm gay from social media and that they're silently judging me for it," Khaled said.

Khaled is upset by the unwanted attention he garners in the sacred space which should serve as his spiritual sanctuary.

"There are some older Muslims at the mosque who seem more concerned with my sexuality than pressing issues like racism, which doesn't make sense to me," he said.

"Even if you are extremely conservative and think that my being gay is wrong — what are you going to do about it? One issue is a systemic, community-wide experience that needs to be addressed. The other is a personal matter that no one has any business questioning."

At work, community members have approached Khaled's coworkers to share their concerns about his sexuality. Some threatened to stop donating to the organization because they employed a queer person.

"The Muslim community should grow up, because there are bigger issues in this world than who's sleeping with whom," Khaled said. "It doesn't really matter, when Muslims are facing war, genocide, oppressive regimes and global discrimination."

"All human beings have dignity"

"Queerphobia in all its forms is a reflection of a lack of dignity being presented to people who are (sexually) diverse," said Amina Wadud, an American Muslim philosopher and international consultant on Islam, gender, sexuality and justice.

For Wudad, analyzing expressions of gender and sexuality in Islam comes down to one key Quranic statement: All human beings have dignity.

"Anyone who is not heteronormative is not any less human than those who meet what we now consider to be a default standard," they said.

Wadud has spent decades working to justify the existence of queerness in Islam. They have also called out the injustice of Muslims who deny the right to dignity and self-expression for those of us who don't identify with the straight cis-gendered majority.

"Diversity exists naturally in all aspects of the human community," said Wudad, who prefers the term "sexual diversity" over words like queer, gay and lesbian.

"When the human community is mature and wise, it develops pathways to make sure that each person is allowed full access to be a part of human dignity."

Like many in the queer community, Wadud is a staunch believer that sexuality exists along a spectrum.

"If we only promote a single modality, then we limit diverse individuals in their capacity to reach their full agency before Allah, which is the goal of being human," Wadud said.

The tension of being Muslim and queer

In Muslim spaces, Khaled can be considered sinful and blasphemous for being gay. In queer spaces, he can be perceived as exotic, or even threatening, due to his Arab and Muslim identities.

"I think there's this idea that these two worlds are so different — that they can't intersect, but that's not true," he said.

"Even if I'm navigating a space that is not the mosque, my spirituality doesn't turn off. I party with my friends on a Friday night with the intention to maintain my mental health. Time spent in queer spaces motivates me to push even harder to pursue my life's work."

At all times, he remains one multifaceted person who should have the right to express himself in totality wherever, and whenever, he chooses.

A call for greater acceptance

Every now and then when I'm browsing the dark corners of social media, I'll catch a comment thread echoing the sentiments of my religion teacher, who gave me the ultimatum: Do you want to be a pious, heaven-bound Muslim, or do you want to be sinfully queer?

While I know there are a minority of Muslims who either identify as queer or are accepting of nontraditional sexual and gender expressions, it's heartbreaking that acceptance isn't the norm.

For those of us who are capable, we are tasked with reimagining our communities and creating avenues of choice for ourselves — and for those who need it.

Like Khaled, it would change my life completely if my family embraced tolerance — let alone acceptance — over rejection. 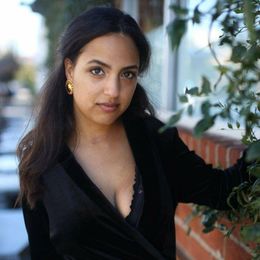 Monnaa Hassan Elsayedis a writer based in Los Angeles, California. Her writing explores issues of mental health, identity and sexuality.
Are you here? So are we!