When You Love Your Parents But Not Their Political Viewpoints

With emotions running high, is it worth talking politics at all?

We’re well aware that the political climate these days is heated, to say the very least. Between gun control, women’s rights, our southern border and climate change, the issues at stake are serious, polarizing and emotional.

It’s no wonder that people feel conflicted and downright baffled when they discover they’re not on the same page as a friend, family member or colleague.

This is especially true for young adults across the U.S. Many are realizing they’re at complete and utter odds with their parents’ political ideologies.

Navigating this sort of situation can be incredibly frustrating and downright destabilizing.

“In today's political climate, people often have difficulty understanding why people think the way that they do politically," said Kathryn Moore, a psychologist at Providence Saint John's Child and Family Development Center in Santa Monica, California. "This can be especially upsetting when it is a family member that we love whom we feel is so different in their viewpoints or values."

[ICYMI: When You Don't Agree, How to Talk About Politics]

Here's why it sucks

Parents are, typically, a major source of information for us when we're growing up. Kids often develop their opinions and world views at home, with their family.

When they start working through their own beliefs and values later on in life, it can be confusing realizing that they disagree with what they were brought up to believe.

“When a person's ideas and beliefs conflict with their family's, it can be unsettling because it can cause a person to question their own belief system and view the people they respected in a different light,” said Brandi Lewis, a licensed therapist and owner of Reach Counseling Solutions in Charlotte, North Carolina.

In many ways, this can cause some to feel they were living in ignorance by taking on the opinions of their loved ones without question, she said.

It can also cause people to question and doubt their relationships altogether.

The importance of tolerance

Just because your parents have a different viewpoint than you have, it doesn't mean they are morally flawed.

Your parents and your grandparents are in a different stage of life than you. This means different things — for example, financial security — are probably more important to them, said Victor Fornari, the vice chair of child and adolescent psychiatry with Zucker Hillside Hospital and an investigator with the Center for Psychiatric Neuroscience at the Feinstein Institutes for Medical Research.

The best way forward for you and your parents is to be tolerant and respectful of each other's views.

“In spite of the fact that the country is more polarized than it’s ever been — or at least in recent history — I think parents and kids need to try to somehow temper it and be tolerant of one another," Fornari said. "This is really a phase in societal life and hopefully the tensions will dissipate when the passions are less intense."

Still, it can be tough. Conversations can get heated and feelings can be very raw. This will likely continue to be the case through the 2020 election, he added.

“Ask for mutual respect," Lewis advised. "Respect that your parents and family members may not always agree with you politically and equally ask that they respect you in the same way."

In addition, approach your political chats with openness. Listen more than you speak.

“Focus on the broad topics that we all agree on and come to the discussion with an openness and a desire to understand the person's point of view,” Moore said.

Focus on what you agree on

The differences come into play when people discuss the best ways to accomplish these things.

So, rather than putting strains on your closest relationships, try to find some common ground. Stick to more neutral territory.

How do you cope with differences in political opinion in your family? Share in the comments. 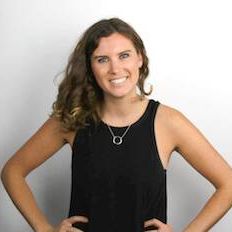