‘Debt is Not a Death Sentence’: Advice for Managing Money and Mental Health

Melanie Lockert racked up more than $80,000 in student loan debt to pay for her degrees in theater and performance studies.

When she realized the debt was having a huge negative impact on her life, she left New York City for Portland, Oregon, where she lived frugally with her partner. After nine years, she paid off the last of her student loans.

She documented the journey on Dear Debt, a blog she launched in 2013. The more she wrote about how debt affected her mental health, the more people wrote in to share their own struggles.

One day, Lockert discovered the top search term bringing users to her blog: "I want to kill myself because of debt."

This motivated Lockert to organize the Suicide Prevention Blog Tour, an online initiative for personal finance writers to post simultaneously about mental health, debt and depression. Lockert also created the "Mental Health and Wealth" podcast to open up conversations around the taboo subjects of money and mental health.

The 35-year-old freelance writer recently spoke with Rewire about the connections between debt and mental health, and shared her advice for young adults who are struggling with both.

How did you find the motivation to start paying off your debt?

Before I took action, I was severely depressed and anxious. I had low-cost counseling through the local college. It took that time in therapy. It took a lot of time for me to just sit with this reality until I was ready to change. You can't just pull up your bootstraps and pay off debt if you're dealing with severe suicidal ideation and depression.

It took me over a year to finally take action, even with therapy. I realized, OK, student loans are really the main cause of my depression. If I want to feel better, I need to pay them off.

When I started Dear Debt, I was going for this kind of Dear John concept of writing breakup letters to debt, really focusing on the emotional aspect of debt because that's what I found lacking in the personal finance community.

What's your advice for young adults who find themselves in seemingly insurmountable debt?

It's really important for people who have this kind of debt to take it chunk by chunk, little step by little step, because when you see that big balance, you feel like, "How am I ever going to pay this off?"

If you have federal student loans, you can go on an income-driven repayment plan that can really help lower your payments, and also offers student loan forgiveness at the end of 20 to 25 years — I definitely recommend that.

If it's credit card debt, there is the option for bankruptcy. Obviously, that's something you have to carefully consider, but it is an option for people who feel completely overwhelmed. If you are struggling to live because of your debt, I think bankruptcy is definitely something to consider.

There's also nonprofit credit counseling. Check out the National Foundation for Credit Counseling — they offer advice on how to pay off debt. They also have debt settlement programs where they work with creditors to come up with a plan for you.

What are the most common topics that come up on the "Mental Health and Wealth" podcast?

You started the podcast to break the taboo around talking about money. What's your advice for people who have trouble starting the conversation?

Talk with people that you feel safe with. I recommend people start the conversation around money around things that are relatable to everyone, like, "Hey, I have this job and it's around this salary. Do you know what other people make in this range?" Or, "I went to college and I took on some student loan debt. What about you?"

You might bring up the topic of budgeting, like, "Hey, I just started budgeting, and I'm trying to figure it out. Have you guys ever budgeted?"

Have you ever consulted a financial therapist about money and mental health issues?

This interview has been edited for clarity and length. 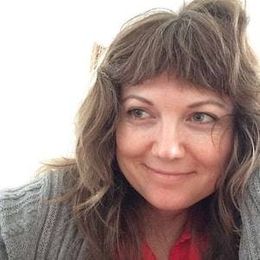 Amanda Page is a Columbus-based writer from southern Ohio. Her work has appeared in Columbus Monthly, Belt Magazine and The Daily Yonder. Follow her on Twitter @amandadashpage
Are you here? So are we!