Can Republicans and Democrats Date Each Other?

The answer used to be yes. But feelings have shifted over the decades.

Would you date or marry someone who didn’t share your political beliefs?

A decade ago, experts say more people were OK wading into romantic waters outside of their political party. But with the increasing polarization of politics at the national level, now, not so much.

“Should it be a dealbreaker? Not necessarily,” said Julie Spira, an online dating expert and the author of “Love In The Age of Trump: How Politics Is Polarizing Relationships.”

“We’ve managed bipartisan relationships for years. What’s different is the emotion behind it now.”

Spira says she has seen increased vitriol around national politics cause more frustration and division among singles. At issue is that many of the topics making political headlines now — immigration, women’s rights and gun control — are deeply intimate to people.

“These topics are so upsetting to so many people, they can’t enter an intimate relationship with someone who doesn’t share their beliefs,” she said.

In an unscientific poll on the "Love In The Age of Trump" website, 67 percent of respondents said they wouldn't date across party lines.

Spira said that in her 20 years coaching singles, political polarization is at an all-time high. That's why so many are boasting about their political affiliation on dating profiles and avoiding dating political opposites.

If you do find yourself dating someone who's significantly politically different from you, however, here's how to go about it the right way.

Do you know the reason behind your significant other’s party affiliation? Perhaps it comes down to one or two issues really important to him or her. And perhaps you can find common ground on those issues, experts say.

“Listen to the intention behind the policy difference,” said Chicago-based psychologist Dianne Grande. “Maybe we have the same goals in mind, but maybe we have different methods to reach those goals. If we can look at our common goals and values then we can find common ground."

Grande says it’s often not that a couple is incompatible. Usually, it's that the two feel strongly, but differently, about one or two issues, and need to talk through the motivation behind those beliefs.

When you have this conversation, set a timer to avoid it devolving into an unending back-and-forth.

“We’ve become more identity-based in our politics than we used to be,” Grande said. “Now there's stronger tendency to affiliate with one party and identifying with one party. In the past, people used to talk through politics.”

[ICYMI: Why Are U.S. Citizens So Divided on Politics?]

Experts don’t recommend avoiding political discussion for fear it will end up as an argument. Avoidance may prevent you from really understanding your significant other and may actually create more of a wedge in your relationship.

On the other hand, if neither of you is that into politics, don’t force the conversation, Spira said.

The main goal is to be open about your values and why they're important to you.

See political differences as a relationship-builder

If anything, experts say tackling touchy subjects together with humility and open minds might even foster a stronger connection.

If you can look for and understand your partner’s viewpoint, perhaps you can tackle other life challenges that may come about in the future, Grande says.

“It’s a good sign if the other person respects your beliefs and agrees to disagree,” she says.

When is it not a match?

There are differences and conflicts that are insurmountable.

If your political differences amount to one partner being fiscally conservative and the other being more environmentally conscious, chances are you can work it out.

But if one is stridently liberal while the other wears a MAGA hat, chances for a match made in heaven seem grim, experts say.

The key is to hear out your person's beliefs, and determine if they're deal-breakers. If they are, it's OK to end your bipartisan relationship. But if you’re able to work out your differences and agree to disagree on some topics, you might be a more well-rounded person for it.

"It could even have positive outcomes,” Grande says. “If someone disagrees with you, it may keep you open-minded." 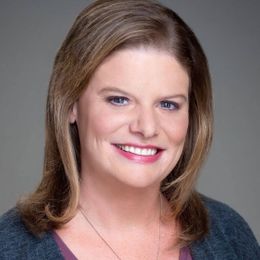 Laura McVicker is the social media editor at KPBS, San Diego's NPR and PBS station. She has also worked as a web producer, and spent seven years as a newspaper reporter.
Are you here? So are we!