Go Ahead, Read the Comments

How judging people on the internet is fostering community.

Some online communities bond over a shared love of Game of Thrones, others over K-Pop.

And then there are the spaces where people come together to contemplate the hard-hitting questions — like is it OK to incorporate communally stored peanut butter into your sex life if you put a note on the jar claiming it?

That's just one example of a thread on the subreddit "Am I the Asshole?" (AITA), where users post about conflicts with family, friends, significant others, and strangers.

Other Reddit users channel their inner King Solomon, deeming the poster "NTA" ("Not the Asshole") or "YTA ("You're the Asshole"); when the situations are more complex, commenters weigh in with "ESH" ("Everyone Sucks Here") or "NAH" ("No Assholes Here").

The final judgment comes from the comment that receives the most upvotes from other users (for the record, the internet ruled "ESH" in the case of the wayward peanut butter user vs. the disgruntled roommates).

AITA is immensely popular, with posts frequently going viral, due in large part to a Twitter account (@AITA_reddit) unaffiliated with Reddit that highlights especially bizarre or popular posts.

At first glance, it sounds like a modern-day version of Shirley Jackson's "The Lottery," or a virtual Burn Book from Mean Girls — a space for trolls and bullies to run rampant. But the reality is a lot more wholesome, especially on Twitter, where conversations take strange, often delightful detours.

A thread about a woman asking her husband to turn down his dream job because it would put her own career at risk spawned endless speculation about the parties involved (Coca-Cola and Pepsi? Disney and DreamWorks? Kellyanne and George Conway?).

And despite the gross-out factor, even the peanut butter Twitter thread resulted in thoughtful conversation.

As the owner of the Twitter account — who asked to remain anonymous — told Rewire, "It's actually a good dilemma with a lot of room for debate, it's relatively low stakes, and it's hilarious."

Carving out an online community

Ulrica Forslund, who started the off-shoot conversation about the rival jobs, enjoys the camaraderie.

"You start recognizing the accounts responding and you start understanding the inside jokes and you get to know people," Forslund said. "That's what makes people come back again and again and creates that sense of community."

It's a community that uplifts its members. A Twitter thread about a 29-year-old man dating a 32-year-old woman, embarrassed over the age difference, resulted in a spin-off thread in which older posters shared photos of themselves, an experience novelist Jane Lebak found affirming.

"Maybe we have some gray hair and some wrinkles, and maybe we're not cover models, but we're an amazing assortment of people who add a whole heck of a lot to the world," Lebak said.

And for many users, reading about drama and dysfunction lets them know they're not alone.

Bailey Shrewsbury, 24, started out reading the AITA Twitter threads, then went directly to AITA on Reddit, and from there to another subreddit, JUSTNOMIL, a community where users commiserate about their difficult mothers-in-law.

"I don't have the best relationship with my parents, and so it's really cathartic to see other people go through the same thing."

Why do these online spaces resonate so deeply?

The concept of shared reality, or the theory that people enjoy knowing that others perceive the world in the same way as they do, explains why people gravitate to AITA threads, says Shira Gabriel, associate professor of psychology at University at Buffalo College of Arts and Sciences.

"Human beings are an incredibly social species. We spend an awful lot of time thinking… about how we fit in with other people," Gabriel said.

Threads where "people take those sorts of things apart and really think about how people are interacting and what's normal and what's right" are thus immensely appealing.

Though some may not see online communities on Twitter or Reddit as legitimate social outlets, Gabriel disagrees. In her research on nontraditional ways that people meet social needs, she has found that for many, following celebrity news or revisiting favorite TV shows can be rewarding.

"People don't go on Reddit threads thinking, 'I feel lonely, I'm going to go see what people are posting,'" she said. But doing so helps them meet one of the most basic human needs: to belong.

"If it was just entertaining, people wouldn't be doing it as much as they do."

The dark side of online community

However, few communities, no matter how supportive, can keep trolls and harassers entirely at bay, and those from marginalized identities often bear the brunt of abuse, like Jo.

"As a fat queer Black person — I'm non-binary, but I was identifying as a woman until a few months ago — that never hesitates to call out homophobia, transphobia, racism, misogyny, anti-fatness," Jo said. "People tend to pick me out as an easy target."

Last summer, in response to an AITA Twitter thread on homeowners associations, Jo offered a brief history on how these organizations were originally started to prevent BIPOC from moving into predominantly white neighborhoods.

Jo's tweet went viral, but also resulted in abuse, as have other tweets.

"I've been called the n-word, fat, ugly and more," they said. "People would save my profile picture and tweet it along with a screenshot of my replies, which sent even more hate."

Still, Jo continues to contribute and has found the AITA Twitter threads an outlet during the pandemic.

"The community provided me with entertainment while I was sitting at home bored struggling with helping my nephews with virtual learning," Jo said.

"I was able to turn my mind to something other than the election and people dying. The people I met on AITA supported me while I was recovering from COVID-induced pneumonia earlier this year."

"Sometimes I'll read a post and think 'that doesn't make sense to me' but then I'll see someone else's perspective in the thread that maybe talks about a different culture or lived experience and that changes my judgment," Forslund said.

She added, "It's also made me feel less alone in my own problems and feelings at times. Whenever I relate to different situations or emotions in posts, it can be very comforting to see a large group of people agree with my judgment." 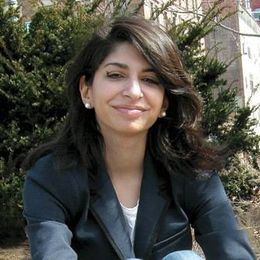