How to Bounce Back From a Mistake at Work

Mistakes happen—yes, even at work and even to the most careful and dedicated of employees. It’s how we handle them that can make or break us and our career, according to Cynthia Corsetti, an executive coach, career transition expert and former human resources executive.

“It shows a person’s character,” she said. “Blaming others or making excuses gives an employer a glimpse into the least appealing parts of your character.”

Deflecting also takes up precious time that could be spent doing damage control.

And don’t apologize—that can put the other person in an awkward position to respond with an “it’s okay,” and let you off the hook. Instead, an employee who stands strong, takes full responsibility for the mistake and already has a jumpstart on a resolution is actually very valuable to an employer.

That being said, confronting a mistake at work can easily send you spiraling down this rabbit hole: “This is the final straw, I’m totally going to get fired!”

A montage of all the mistakes you've ever made plays in your mind, and the end scene is you packing up our desk, wondering how you're going to pay your bills. And if you're not fired (yet, at least), you feel embarrassed to walk into the office and have everyone know you're a total screwup.

Thankfully, there are things you can do to keep your anxiety at bay so you can handle your mistake with grace, and learn something from it, too.

1. What’s the worst that can happen?

Catastrophizing, or irrationally imagining the worst-case scenario, is what feeds our anxiety. Instead of trying to suppress this fear, tackle it head-on, Corsetti said.

Imagine the worst that can happen, and then make a logical plan in your mind on how you'll survive it. Having a plan can make  anxiety seem less overwhelming and less like the end of the world.

Next, make a list of other difficulties you've gotten through in life to remind yourself that you can overcome this, too. While you might be called on the carpet for it, one mistake is unlikely to cost you a job, Corsetti said. And if it does, it might not have been a healthy environment for you to work in, anyway.

2. Stop discussing the mistake at work

Your first instinct might be to disclose your mistake to everyone around you to get their sage advice and affirmations that everything’s going to be okay.

But doing that will probably have the opposite effect. Dwelling on it too much can give those anxieties more power and make them bigger than they are—until they totally consume you.

It’s better to instead live in the moment and do something to enjoy your support group as a distraction from your anxious thoughts.

Letting anxious thoughts consume you can affect your mood, stress levels and ability to focus on work. But, often, ruminating on your mistakes is a choice. When an anxious thought enters your head, you have the choice to give it power or let it go with the help of mindfulness and breathing exercises. (Headspace, anyone?)

“It’s actually empowering when you realize that you do in fact have a choice,” Corsetti said. “Those of us who are worriers believe that we can’t control it. But, with practice, we can. We can actually choose what thoughts we allow ourselves to focus on.”

4. Look for the positives

Since you can't avoid mistakes entirely, look at each one as an opportunity to learn and grow both personally and professionally.

Corsetti shared a time she learned from a mistake working with her executive coaching business' first big client.

When helping the client interview candidates, she accidentally hit reply all—and, well, someone saw confidential information that they shouldn’t have. Realizing there was nothing she could do to change what happened, she owned the mistake and looked for the potential to learn from it.

“The event was embarrassing, it was a really dumb mistake and not how I wanted to start my new business,” she said. “But, it was a snapshot in time. He did let me finish without pay, I did a great job and he hired me back a year or so later for another hire.”

Her story is good to keep in mind. We can't ever fully undo the damage of a mistake, but we can move forward.

“It’s important to remember that most of the growth we do in life comes from failing,” Corsetti said. 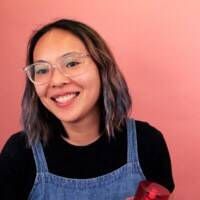