How to Bounce Back After Being Fired

Getting fired feels horrible, but it's an opportunity to reconsider your options.

Earlier this year, I was fired from a job for the first time in my life. To clarify, “my contract was not renewed.” But it still felt like being fired, and it still hurt.

I was working my first "real" job out of college. It wasn’t exactly my dream job, but I was so ready for work after job hunting for months. As time wore on, however, I began to realize it wasn’t the job I thought it was. Foolishly, I held on, thinking these were just the growing pains of any career. But it wasn’t working, and my supervisors, my coworkers and I all knew it.

By the time I was let go, I was so emotionally drained by the job it almost felt like a relief to leave. I learned a lot in that time and in the months following. The experience made me realize how much of my identity was associated with my work, and how devastating it can be to lose a job.

Bouncing back from being fired can feel impossible, especially if it’s the first time you’ve ever experienced it. I felt like a failure, someone who couldn’t make it outside of college, but I’ve learned that’s not the case.

The number one thing to remember when you’ve been fired is that it doesn’t define you, Career Revolution founder Christine DiDonato said.

“To bounce back, it’s important to acknowledge the reason you were fired," she said. "If it was something you did, own it, learn from your mistakes and move on. If it was out of your control, then the best thing you can do is accept it and try to identify new opportunities you may not have had in that job. You’re now free to do something new, something better.”

[ICYMI: Been Laid Off? You're More Likely to Quit Your Next Job]

Being fired is more common than you think

Here’s the thing you should know when it comes to being fired: Nearly everyone has been fired at least once. In an article on job stability and firings, Vox reported that U.S. businesses laid off 21.9 million workers in 2018.

Vox’s article goes into why firings are at an all-time low, but that’s still a good chunk of the population. The point is, you’re not alone.

“Studies have shown that upward of 55,000 people get terminated every day in the U.S.," DiDonato said. "Whether a casualty of downsizing, working for a difficult boss or a warranted termination, it’s not the end of the world.”

“This was the first time I had been fired,” she said. “As word spread, more and more friends told me about their own experiences in similar situations, and all of them — literally all of them — had similar stories: the outcome was so positive, and they all came out the other side better off for it.”

Being fired isn’t a death sentence, and getting a little perspective can help. McCracken advises reaching out to everyone in your network.

“Be careful about burning bridges,” she said. “You never know when you might need to ask someone for help, a reference, a contact, et cetera.”

Reach out. Talk to others. Don’t assume you’re the only one going through this. More people than you think have been fired. Ask them about their experience, and see what advice they have for you.

Chances are, this was a good thing for you

Whether your firing was an abrupt surprise or brewing for months, one thing is certain: the job wasn’t working for you. That could be for a variety of reasons, but it still means things had to change. Laurie Ulster, a senior director at a major television network, said her surprise layoff made her reevaluate her work, and her life, in a big way.

“I learned that I was on the wrong path anyway, and moving up in that specific area of my industry was not something I wanted or cared about," she said. "I wasn't creating content anymore, I was supervising other people who did it, which isn't my thing.”

Ulster, who’s now a freelance writer and TV producer, pursued writing more, something that had fallen by the wayside when she started her job as a website director.

“My mother had died, and I wasn't going to waste my time doing things I didn't care about. I was writing, and she would have been utterly thrilled to read what I had written and know I was making money for it.”

“I started working with filmmakers immediately on their social media campaigns, and for the first year or so, I was constantly hustling, finding new projects every month, building up a resume of clients that led to fantastic word-of-mouth," she said. "Seven years in, I have steady work, and I can fill in with film projects in between festivals if I want... I have carved out a niche for myself, and I love the flexibility my job provides.”

If Ulster and McCracken hadn’t been fired, they wouldn't have found the opportunities they have now. But what do you do if being let go comes up in an interview? Career coach Rachel Garrett says address it and move on.

“Do your homework to outline a version where this thing happened that was out of your control and you decided to make it into an opportunity to move toward something new; something that could be a better fit with your strengths and the areas where you want to grow professionally.”

[Read: What Unemployment Taught Me About Friendships]

Take some time for yourself

There are a million reasons why you might get fired, like a downsizing company or, in my case, being a bad fit.

Either way, this is an opportunity to reconsider your options and think about your next steps. It can be easy to get lost in thoughts about how much everything sucks right now, but Ulster says obsessing doesn’t do you any favors.

“So enjoy every second that you can, even with the worries," she said. "Make the most of every minute, even while you're working towards your future. Find the positive about what you want, and don't wallow in what you've lost.”

Garrett says beating yourself up over what happened won’t help.

"When you judge and berate yourself for the laundry list of things you screwed up, you are cutting yourself off from creative ideas, momentum and any chance of performing well to land the job.”

Keep your website updated and reach out to your network, McCracken said, but “don’t be afraid to say no to projects you’re not interested in.” If being fired made you realize how much you hated your job, then don’t put yourself in the same situation again. Take the time to figure out exactly what you want.

"Focus on finding ways to move past the negative emotions," DiDonato said. "It also helps to put your energy into positive activities. What have you always wanted to do that your previous job held you back from?” 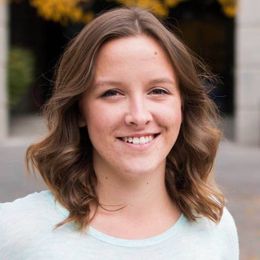