How to Beat Back the Burden of Dad Guilt

Guilt — nature’s wonderful way of ensuring you never have too good a time.

Moms have been dealing with the emotion for eons. On top of juggling the world and its children, mothers have been plagued by an inner monologue that continually questions their worth as a parent.

Dads — come on down and join the party.

While nowhere near a new phenomenon, dad guilt has become more prevalent in recent generations.

A 2017 survey by Today.com and Fatherly showed that 19 percent of dads feel guilty “about not being ‘present’ enough with their children.” And 17 percent said they feel guilty about “working too much.”

“Parenting has become an equal job for men," said Daniel B. Peters, psychologist and co-founder and executive director of the Summit Center. "It seems (there are) higher expectations to do multiple things with their time. Again, as I say this, I am keenly aware that women and working women have been dealing with this for a long, long time."

Much like your hairline or propensity to go the long way around a good story, you can thank your own father for that nagging feeling you aren’t doing enough as a parent.

“Ideas of what makes a good dad include for most men, even today, bringing home the bacon and making a good living,” said Ann Pleshette Murphy, former parenting correspondent for “Good Morning America” and former editor-in-chief of Parents magazine.

There’s a notion of what makes a good father embedded in the recesses of our animal brains.

“There’s that yardstick. You’re thinking about what your dad did for you as a kid,” she said.

Those feelings aren't new to our generation, said Kyle Pruett, a clinical professor of child psychiatry at the Yale School of Medicine.

"Who among us has been able to fulfill our own expectations for our children as fathers? Most of us have dads who couldn’t do that and most of us have sons who probably won’t do it for their kids either.”

But time constraints on both parents requires a more involved father than was expected in previous generations.

Here’s the thing — nobody has ever pitched a perfect game here, fellow fathers.

You can go to every recital, practice and tea party. You can also work 80 hours a week, grinding away to ensure a better living for you and your family.

No matter what you do, something will fall through the cracks. It does for all of us.

Smile in the realization that you will most definitely mess up, a lot. But don’t worry, your kids actually don’t need anything complicated.

Peters boils it down simply: “Think about quality and not quantity of time.”

It’s not the hours upon hours of toil and presence that resonates with them. “What kids often remember are moments.”

Pleshette Murphy, who now counsels couples and is a parenting educator, remembers a moment when she was exhausted after a long day as a mom to her then-6-year-old son.

Her son noticed her exasperation and asked what was wrong. When she explained that she hadn’t accomplished everything she'd wanted to that day, her son said, “You did a lot; you found Lego man’s hair."

It resonated with her son then and, years later, continues to be a happy memory for her.

It’s in those moments you realize you're doing a great job, no matter what slips through the cracks.

“Mothers, and I think dads too, to a certain extent, are really crap at giving themselves credit for all those little things that you do,” Pleshette Murphy said.

The key to alleviating a lot of parenting stress is to talk about it. Remember that your coparent makes an excellent ally when you're dealing with dad guilt.

Moms listen "more carefully to their children, being patient, trying to lower the stress in their lives,” Pruett said. “Dads aren’t all that different, although they tend to suffer more in silence than do moms. And often don’t raise their concerns with their friend group the way mothers do.”

When it comes to guilt, sharing is a powerful tool. Pruett puts it this way: “Guilt grows like mushrooms.”

So do some emotional gardening.

“If you keep it in the dark and feed it fertilizer, it will grow," he said. "It has to be something you illuminate and vent regularly. Humor is by far the best antidote.”

Communication can be a lot easier when you're not constantly distracted by your phone or laptop. And being fully present can make you feel better about your performance as a dad.

“If there’s anything that dads of today have to do more of is turn off all of the devices," Pleshette Murphy said. "It’s so much more important to spend 15 minutes of focus time with your child than to be sort of there but you’re checking your emails or maybe you’re even taking a call, looking at Instagram.

“It’s terrifying to me what I see with parents everywhere. There’s just not that focus that kids need.”

[ICYMI: What Chronic 'Phubbing' Can Do to Your Relationship]

The fact that you're feeling guilty, while not a positive emotion, can be a positive sign.

“It means you wanting the best and you’re wanting to do more," Peters said. "Whether it’s coming internally or from external pressures, you’re really wanting to be a great parent and wanting to be connected to your kids.”

And it really should be all about the kids. Are they being raised to see a parent stretched thin and missing out on necessary rest and relaxation? Or are they learning about balance and harmony?

“It’s important for kids to see that they have a full life while also showing caring and connection," Peters said. 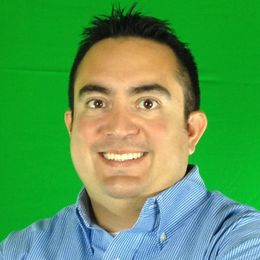