The Battle Between My Goals and My Chronic Illness

I was battling Lyme disease my last year of college, but I didn't want to give in. I might have made the wrong choice.

I was panicking. I had just gotten off the phone with a potential employer. When I had asked about disability accommodations, I was told it wasn’t really possible.

I tearfully Skyped my parents, trying to figure out how I could possibly move forward. My medical symptoms kept piling up; I was having short-term memory loss, I was in a great deal of pain and my ability to stand or walk was not ideal.

But I didn’t want to fall further behind my peers, I didn’t want to give into my illness. I decided I needed to take what the recruiter had offered me, hoping I would get better. At the time, I felt I was at my lowest, and I couldn’t possibly feel worse.

When I first got sick, I didn’t think it could be something that would affect me for years to come, let alone the rest of my life. In the beginning, I just wanted diagnoses so I could receive treatment and continue on like nothing was wrong. But throughout the process, every time I seemed to be getting better, it was always a hard emotional crash when I got worse again.

My first symptom was a deep nausea. I diagnosed myself with anxiety, but when the stressed out feelings subsided and the pain was still there I realized that wasn’t the case.

I could push through the pain, so I didn’t put much energy into worrying about it; I’d figure it out eventually. Twelve medical visits later with multiple “well, it could be” diagnoses and nothing to help the root of the problem, I did start to feel a little hopeless. But, again, it wasn’t holding me back from doing anything — everything just felt a little bit harder.

One night I woke up and could hardly move; all of my joints were throbbing in pain and I cried, worried about what this meant. I finally had symptoms that I couldn’t push through and had to give up a part of my life — my summer internship — while trying to figure out what was wrong with me.

I was able to calm some of the panic rising inside me with internet searches, and I concluded my illness was probably one of two things. If it was arthritis, surely something could be done to ease symptoms, and if it was Lyme disease, well, that could be cured.

Within a week I got double the good news. Not only did I have the easily curable Lyme disease but my nausea and exhaustion was the autoimmune disease Hashimoto’s thyroiditis (a form of hypothyroidism), which was treatable. I was so happy; my thyroid problems started to ease, and in a month's time my Lyme disease was gone! The weight of it all was lifted; I was going to be fine.

But about a week after stopping antibiotic treatment for my Lyme disease, all of my symptoms were back. I went to my doctor who decided to put me on antibiotics for three more months.

I went back to college, but the medication didn’t seem to be working the second time around. I started to feel really weird, like I was floating when standing up. While I knew I could push through the Lyme symptoms, this new thing made me feel like I could pass out at any moment.

But the doctors I had access to at school weren't helpful, and the realization that I wasn’t going to get care where I was broke my heart. I was again going to have to leave school, but this time it felt worse. I wasn’t going to go through my last year with my friends. I tried to make everyone feel better about it to make myself feel better about it, even though I had no idea what was wrong with me. It helped dull the panic that was creeping up on me.

It turned out I had a heart condition, postural orthostatic tachycardia syndrome, and I very well could have passed out at any moment. The diagnosing cardiologist sent me to a doctor specializing in Lyme disease, believing it was all related. The doctors told me my situation was worse than I had suspected, but they also had a treatment plan that would get me better. I had so much hope, as did everyone around me.

[ICYMI: How to Make the Most of a Visit to the Doctor]

Pushing through the pain

So I went back to school again. In the first six months, the treatment plan was fairly successful, though the medication side effects were rough. A lot of my symptoms had gone away, so the doctor changed up my medications to attack the remaining issues. Over that summer, some of my symptoms came back, including the arthritis pain. At the next doctor’s visit, they said it was a setback but I had done well before so I was likely to improve soon.

And that’s why I’m still not sure if my choice to go back and finish my degree was the right one. The stress of it all caused me to collect more and more symptoms, including extreme nausea, arthritis pain, short-term memory loss, difficult word recall, insomnia, migraines and exhaustion.

But none of that stopped me. I kept pushing until I was finished, the whole time telling people I was fine, it's nothing serious, don’t worry. And by allowing my ambitions to take over, pushing through it all, I broke. I had lost all control and I was so tired.

At that point I knew I had to "give in" to my illness and became a bit disillusioned. I didn’t know how much longer I would need treatment, but I knew it wasn’t going to be easy. I went through one eight-month period of intravenous antibiotics that felt like torture, or as my doctors described it, “like chemo.”

While that was my lowest low, my neurological symptoms went away, meaning I could think again, speak full sentences and retain thoughts. Most of my other issues had temporarily gone away too, only for me to be left with a sleep issue I’m still dealing with. It's been four years since then. My state of illness still varies, but it has been a few years since I was actually on an upswing.

Early on in my illness, I would never have thought I would be where I am today. Thinking I had easily treatable illnesses gave me too much false hope. I only started to panic when my illness got in the way of what I wanted to be doing.

I had this idea that if I could push through it that everything was fine. So when I couldn’t and my health deteriorated, it was mentally exhausting.

Today, I sometimes feel the weight of everything: the loss of not being able to live up to my ambitions or even just be a normal twenty-something, the many symptoms I’m still dealing with, and wondering when I might get better.

I just have to believe that at some point I will get well, or at least well enough, because I have come so close before.

If you're struggling with a chronic illness and looking for support, check out Suffering the Silence, a nonprofit advocacy group. 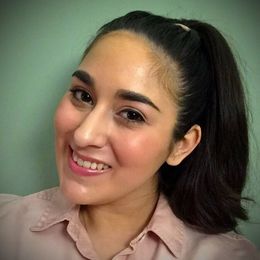 Bradley Jamison is a freelance writer from Northern Virginia. She lives with multiple autoimmune illnesses as well as Lyme disease, which often inspires her writing. For now, she considers herself a cat wrangler, chronic illness advocate, makeup addict and a total geek. She has had writing featured in Vice, Glamour and Guideposts. You can follow her on Twitter @bgjamison or Instagram @beautybradley.
Are you here? So are we!