Americana Music: It's Not Just Country (or in the South) Anymore...

In case you think Nashville 2.0 is a travel show, I'll put any confusion to rest. It's a music show, and a good one at that. Those in the know (and frankly those that aren't), know that Nashville is country music's hometown and a mecca for music and musicians of all sorts. In Nashville 2.0, PBS explores the new frontier and changing landscape of Americana music.

First--though I doubt I need to explain it--Americana is contemporary American roots music that incorporates country, rock, folk, bluegrass, R&B, gospel, latin and blues. Nashville 2.0 focuses less on the city that has helped shape this music and more on the music and musicians itself.

All that being said, Nashville 2.0 is more of a great 101 for those who are interested in this type of music, rather than a deeper dive into the genre. For fans of live music, there are lots of clips from a variety of established artists like: Dawes, Mumford & Sons and Emmylou Harris, as well as from emerging artists like: The Lone Bellow, Shovels & Rope and The Carolina Chocolate Drops. Numerous storied and well spoken narrators take the discussion about the changing landscape of Americana music head on, as well as its influences, including struggles with the evolution of music making -- i.e. satellite radio, online streaming, etc. -- and what it was like to forge this genre.

For someone who grew up to an ever-present soundtrack of twanging bluegrass and pitchy folk, and learned to LOVE it, Nashville 2.0 is fun and relatable. One emerging artist talks about how a lot of the people fueling the new Americana movement weren't influenced by the popular music of their own generation (the 80's and 90's) as much as by the music of their parents and grandparent's generations. SO TRUE.

None other than Rosanne Cash lauds the new generation of musicians, saying, "That they own it without any irony is so important to me. These young artists who are claiming the legacy with honor and real musicality – there is nothing more moving than that to me."

Granted, this is a one-hour show and there's simply not enough time to mention all of the great Americana music in the country (Old Crow Medicine Show isn't even mentioned), but to IGNORE the majority of the country entirely when profiling a genre of music entitled AMERICANA…? Rough.

And I don't claim to be impartial here, but umm…what about the Midwest? And, in particular, Minnesota? John Bream wrote a great article recently about the prevalence of Americana (and other) music in this market and how we are, in many ways, fueling the trend nationwide.* Minneapolis/St. Paul may have single-handedly launched several hit Americana/Folk Rock bands into fame and also kept others on the map. We're the top market for bands like Dawes and cared about Mumford & Sons way before anyone else knew who they were. Not only that, but we're producing great talent here, like Trampled by Turtles and Charlie Parr. Or, how about a little thing called Red House Records – anyone? Or someone by the name of Bob Dylan? (Okay fine, so he's all but disowned his connection to the state). John Gorka and Greg Brown are also holding court over the Midwest and artists like Bonnie Raitt and Lucinda Williams have deep roots here, too – it's strange to have been so overlooked in this doc.

So, despite Nashville 2.0's many redeeming qualities, it looks as if we still need a doc that covers THE BREADTH of Americana music. Or, perhaps, a documentary about the Midwest's Americana music scene – if we're going to parse this rich genre down by geography. And it's high time. Who's up to taking on that mantle? Speaking of which, anyone have an extra membership dollar?

*Of course, this is true of many genres of music, not just Americana; i.e. Minnesota's amazing hip hop tradition.

We'll be hanging out and discussing this over an IPA via twitter. Join us! It'll be fun. @tptRewire @tpt #pbsarts 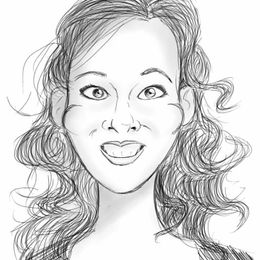