The Do's and Don'ts of Quitting Your Job

An experienced job quitter shares her top tips for a pain-free exit.

I've quit six full-time jobs in the past thirteen years. From these experiences, I've learned a ton about the best ways to leave your job.

Being a "good quitter" is an odd skill (and certainly not one I'd recommend putting on a resume), but it does come in handy when you need to move on to your next gig.

I didn't set out to become such an experienced job quitter. But after graduating from college in the middle of the Great Recession in 2008, I found myself in a string of less-than-ideal jobs I inevitably wanted to leave.

It's a situation that might sound more than a little familiar to young professionals navigating the post-pandemic job market today. But no matter how sure you are about leaving your job, quitting is a daunting task, especially if you're new to it.

Knowing what to expect — and how to keep your expectations in check — will help quell your quitting anxiety.

1. Prepare for a negotiation

If you're on good terms with your boss, there's a high likelihood they will try to make a counteroffer to get you to stay.

Prepare for this negotiation so you aren't caught off guard and end up agreeing to something that isn't right for you. (That extra income is tempting, but will it fix the problem that made you want to leave in the first place?)

If your main reason for wanting to leave is to secure a better salary, receiving a counteroffer is great news. But you don't have to act overly surprised or grateful.

A counteroffer is definitely a compliment about your work performance, but at the same time, the workplace is considering the cost and effort it will take to replace you. Basically, it's not as personal as it might seem. A simple, "I appreciate the offer, can I take a day to consider it?" will do.

2. Don’t agree to stay on much longer than two weeks

One of the trickiest things about quitting, in my experience, is being asked to stay on a little longer to tie up loose ends.

Even in jobs I didn't love, I always felt a little guilty for quitting (though I probably shouldn't have). It was tough to say no to an employer's reasonable-sounding request that I stick around to make the transition easier for them.

That's why I ended up doing it — twice.

The problem is, there's nothing more uncomfortable than that third or fourth week post-quitting. You feel like a dead man walking. You struggle to get anything useful done. You say goodbye to colleagues over and over again because you're not sure if your schedules will line up on your last day.

And when the heck was that supposed to be, anyway?

At one job, the boss who asked me to stay on started looking surprised each time I came in and then just avoided me altogether because the situation felt so awkward.

My advice is to offer to stay on a couple of extra days beyond the standard two weeks if you're so inclined, but no more than that.

If you want to go out in a classy way, type out instructions that include all the minutiae of what you've been doing.

I know, this doesn't sound appealing if you're already thinking about all of the things you'll accomplish in your next job or if your current boss is legitimately the worst. But here's the thing: Your boss is the worst, not you.

Especially early on in your career, it's important to figure out what your standards are. Your boss and your job will undoubtedly change, so it'll be up to you to hold yourself to them.

Think of creating the instructions as a reflection of your work ethic, which doesn't need to reflect your feelings about the supervisor you have at the current moment. It's also an excellent way to fill your time during that awkward post-quitting period.

Instead of giving the middle finger on the way out (and remember, you're getting out anyway), hand off detailed instructions that will ensure the place won't completely go up in flames when you walk out.

4. Don’t expect your next job to fix the problems of your current one

This might sound cold, but your next workplace doesn't really care what happened at your previous one. And, honestly, why would they? They have their own priorities and goals and little to gain from worrying about your previous boss's management style or the extra hours you were required to work in the past.

If there's a specific issue you're hoping to fix by leaving (e.g., that you worked too many hours), it's important to be up front about that in the interview process. You might risk not getting the new job, but it's worse to go to the trouble of switching jobs only to encounter the exact same problem in the new one.

And it's important to remember that there will be some problems — perhaps brand new ones —  at your next job, even if it seemed perfect during the interview process.

A number of years ago, I switched from working for a boss who was unfriendly to a boss who was perfectly nice but an extreme micro-manager. The problems were different but equally tough, and I didn't see the new problem coming. (I couldn't exactly ask during the interview if the supervisor was a total control freak.)

I've learned that it's important to avoid romanticizing your next job to prevent a big letdown after the new-job glow wears off.

5. Untie your identity from your work

You set yourself up for a lot of inner turmoil if your identity is tightly coiled around your work. This is because, at some point, something will go wrong, and if your job is wrapped up in your identity, it will seem like a direct reflection on you.

Plus, identifying with your job can make it harder to quit and start over. If your identity is your work, starting a new job can make you feel like you're scrambling around, trying to rebuild pieces of yourself that were lost when you left the previous one.

I've learned new skills and matured over my career, certainly, but my core values have always remained intact. This has been true whether I'd been at a job for a week or three years. Whether things were going perfectly or everything was a total disaster. Whether I jibed with my boss or wanted desperately to get away from them.

Reflect on who you are separate from all of those temporary situations. Feeling confident in your work ethic and values — regardless of the job you've found yourself in — will steady you and make it easier to quit when it's time. 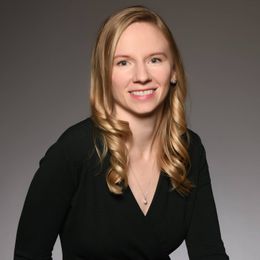 Jessica Carney is a nonfiction writer and event planner based in Iowa. She's the host of the podcast "And Then I Quit." Follow her on Twitter @JessC_writer.
Are you here? So are we!