Critics of the tech industry demand better protections for workers and more accountability to the public.

Silicon Valley was once viewed as a place where technology companies worked to find solutions to some of our most pressing problems. Now many of these companies have become known for exploiting workers and showing little concern for the public good.

This is how author — and former tech devotee — Wendy Liu sees it.

Growing up, Liu believed Silicon Valley was an exciting utopia where merit was rewarded and big things were happening.

She took up coding at 12, later studied physics and computer science at McGill, and landed an internship at Google. She was excited to be there, but noticed a lack of diversity at the company and was struck that cafeteria workers and shuttle drivers didn't enjoy the same benefits as her.

She also didn't like management's obsession with secrecy, and she felt uncomfortable when founders Sergey Brin and Larry Page fired an employee who'd leaked benign information to the press.

Jaded with Silicon Valley, Liu went on to study inequality at the London School of Economics and pivoted her career to become a writer and fierce critic of the business practices of Big Tech.

In her new book, Abolish Silicon Valley: How to Liberate Technology from Capitalism, Liu argues that the industry needs to be fundamentally changed, and she describes how tech workers could work to create a more equitable society.

"It's hard for someone who genuinely cares about making the world a better place to get a job where they can do that," Liu said.

"More likely, if a software engineer wants a job that's stable, they're probably going to end up working for Amazon or Uber or Facebook, and their job is going to be getting people to click ads or ensuring that blue-collar workers are being exploited more efficiently."

Liu points to Amazon, where CEO Jeff Bezos has amassed billions during the pandemic, while workers face significant health risks and struggle for better pay and benefits.

Redwine started working at Kickstarter in 2016, and she loved it. But, after changes in management a few years later, she heard colleagues talk about being treated poorly and decided to join a union drive. In what she claims was an act of retribution for organizing, Redwine was fired.

Redwine lost her job, but not her commitment to organizing workers. She launched a union onboarding kit for tech workers, and even set up a Kickstarter campaign to raise funds for the project.

No matter how good workers think they have it, fighting for one another is always important, Redwine says.

"When we did this, no one was thinking, What if there's a global pandemic that results in mass layoffs?" she said. "Our union was able to fight for great severance packages for people who were laid off."

In an email interview, Estruth wrote that organizing is critical for workers to "not only decide the terms on which their labor is performed, but also to what uses their labor is being put towards after it leaves the Valley."

Redwine also thinks unions can give tech workers more control over their product.

"We need to give workers the ability to push back," Redwine said. "They need to be able to say, 'We will not build surveillance tools for police that target Black and brown people.'"

Harnessing tech for the public good

Estruth points to a growing movement for more accountability in tech firms, such as legislation for oversight of intelligence agencies' use of facial recognition software, Congresswoman Pramila Jayapal urging Google and Alphabet to disclose more about their healthcare data collection, and Senator Elizabeth Warren introducing anti-trust legislation to regulate big tech.

"The public is no longer looking to Big Tech to solve our big problems," Estruth wrote. Instead, she believes large-scale social movements hold more promise for addressing issues like universal healthcare, climate change and racial justice.

But Liu thinks Silicon Valley could do more to help reclaim labor, entrepreneurship, intellectual property and public services for the public good. The gig economy, she says, is a good place to start making changes.

"Uber and DoorDash and Lyft have managed to frame the terms of the debate in this false dichotomy, saying either you have these workers hyper exploited … or you have no rideshare apps at all," she said.

"The question really is, how can we harness the technology that already exists in a way that benefits workers and customers and cities? Because right now it's only optimal for a small number of people who all are extremely wealthy, and we don't have to design a world that caters just to their desires." 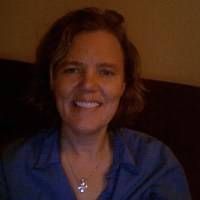 Emily Wilson is a writer in San Francisco. Her work has been featured in Latino USA, Hyperallergic, Civil Eats, California Magazine and more.
Are you here? So are we!